Views on what constitutes an “appropriate and safe length of stay” vary, a new survey of interventional cardiologists in the US, Canada, and UK shows. 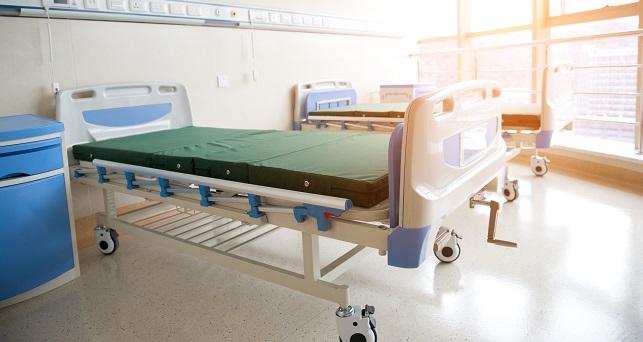 Length of stay after elective PCI varies substantially among operators and hospitals, according to the results of a survey recently sent to interventional cardiologists in the United States, Canada, and the United Kingdom. Same-day discharge is routine in the UK but less so elsewhere, and most of the survey’s 505 respondents said they were unaware of any guidelines for judging which patients need longer observation and who can safely be sent home the same day.

The main advice on the topic—an expert consensus document from the Society for Cardiovascular Angiography and Interventions (SCAI)—was released back in 2009.

Since then, “advances in technology and advances in clinical practice have really, really outpaced” the SCAI statement, said Simon D. Robinson, MD (Royal Jubilee Hospital, Victoria, Canada). In a paper outlining the new survey’s results that was published online last week in Catheterization and Cardiovascular Interventions, Robinson and his colleagues advocate updating the document to reflect the literature and current practice.

There’s now a “dichotomy” when it comes to length of stay, he told TCTMD, with some physicians basing their behavior on a “mixture of observation and randomized controlled data saying that early discharge and indeed same-day discharge is safe and appropriate,” and others “following a mixture of physician preference or indeed institutional preference to keep patients overnight.”

Both in the US and elsewhere, Robinson stressed, “same-day discharge is already happening.” At some centers it has been routine for some time, and at others it never happens. If anything, he said, this survey “underestimates the extent of that disparity in practice quite considerably,” given that the clinicians most likely to respond would be those interested in same-day discharge.

Commenting on the survey results for TCTMD, Amit Amin, MD (Washington University School of Medicine, St. Louis, MO), said the high level of variation—and the comparatively low use of same-day discharge observed in the US as compared to that seen in the UK and Canada—is unsurprising. Although interest in radial access is growing here, “we are still traditionally a femoralist nation,” he observed. And with femoral access, “overnight observation is the norm.”

He cautioned, however, that like all surveys the current example likely suffers from response bias and can’t be taken to fully represent practice patterns. Still, he said, at least now there is better understanding of the “state of play with same-day discharge after elective PCI."

Amin agreed the SCAI expert consensus document merits updating, but he praised it as “a very progressive article” at the time it tackled this issue back in 2009. A newer version should incorporate data from numerous randomized controlled trials, the potential for cost savings, and lessons from hospitals with patient-centered, same-day discharge protocols in place, he suggested.

For their survey, Robinson along with lead author Jehangir N. Din, MD (Royal Bournemouth Hospital, England), and colleagues sent an Internet-based questionnaire to interventional cardiologists, with assistance from a range of cardiovascular societies. A total of 505 interventionalists responded; 52% were practicing in the United States, 17% in Canada, 15% in the United Kingdom, and 16% elsewhere.

Around half of US physicians said they knew of guidelines on length of stay after elective PCI, though the level of awareness was even lower among non-US cardiologists, of whom one-third said they’d heard of guidelines. Overall, concordance between practice patterns and the SCAI document was higher for cardiologists based in the United States versus in other regions.

We are still traditionally a femoralist nation. Amit Amin

Nearly half of US respondents (48%) said their cath lab did not have a standard practice in regards to same-day discharge. Only 14% of the US-based cardiologists reported routinely discharging patients on the same day as PCI, compared with 32% of respondents in Canada and 57% of those in the United Kingdom.

Default use of radial access was 46% in the United States and 68% elsewhere. Same-day discharge was more common for radial cases, and among femoral cases, the practice was more frequent in cases involving use of a vascular closure device.

Having a Protocol in Place

There also was a relationship between higher volume—both for individual operators and at the hospital level—and greater use of same-day discharge, Robinson pointed out to TCTMD. For hospitals, this association likely reflects comfort with the processes involved, having the “nursing staff, the preprocedural care, the postprocedural care [in place]—there just being a protocol pathway to facilitate same-day discharge,” Robinson explained. “And maybe larger centers just have a bit more experience with that.”

Amin says that at his center, Barnes-Jewish Hospital, the process starts upfront. “We don’t wait for PCI. The same-day discharge process begins when the patient rolls in,” he reported. As part of that process, factors including the patient’s cognitive understanding, social support, ability to follow instructions, living situation, and compliance to medications are assessed. Ahead of PCI, the patient’s risk is taken into account; for example, radial access is preferred in someone at high risk of bleeding and contrast media are minimized in someone vulnerable to kidney damage. After PCI, patients are called the next day and followed for the next 3 or 4 days until they see their primary care physician or cardiologist.

“So if this process is mapped out, risks are mitigated upfront, and same-day discharge is done in a careful and patient-centered manner, then it’s achievable and feasible even in complex patients, such as left main or graft cases,” Amin stressed. With this approach, around 80% of elective patients go home the same day at his center and suffer no added complications, he said. “I can’t remember the last time I admitted a patient then kept him overnight, unless there was a patient-centered reason like they preferred not going home.”

Making the Case for the Same Day

With modern PCI, Robinson said, “the overwhelming majority of complications that happen are known at about the time of the procedure, at the end of the procedure, or certainly within 4 to 6 hours. And the literature really is very consistent on that. A physician generally knows within that period of time whether a patient needs to say overnight,” either because a complication has occurred or because the patient lives too far from the hospital to travel home easily.

The patients who don’t have trouble within the first 4-6 hours are “well, and they’re able to be considered for discharge,” he said, crediting this level of safety to advances in technology and increased use of radial access. Also, he noted, the “historical concern” was the potential for acute vessel closure within the first 24 hours after angioplasty; this has been ameliorated by routine use of stenting.

“Patients prefer it. They like to get home.” Hospitals trying to contain costs also appear to prefer early discharge, viewing it as “more appropriate resource utilization,” Robinson commented.

The potential for cutting costs “quite startling,” he continued, citing a recent study by Amin and colleagues that found US hospitals performing at least 1,000 annual PCIs could each save $1 million by treating at least 30% of their patients with both transradial access and same-day discharge.

For his part, Amin predicted that over time “advances in device technology as well as pharmacotherapy and radial access” will translate into more US patients heading home faster after undergoing elective PCI. Same-day discharge when carefully done “leads to no difference in outcomes and a large savings in cost, and in my own practice to a tremendous increase in patient satisfaction,” he said.

Absorb BVS Use Restricted in Europe

Looking Beyond Randomized Trials: Could a Wider Range of Studies Support Device Approval?