In these types of studies, new therapies must prove they are no worse than their predecessors and also offer something unique, experts say. 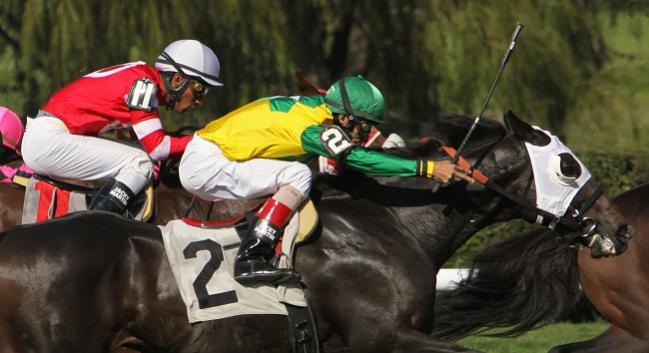 Noninferiority trials are becoming ever more common as new drugs and technology vie not for supremacy, but to show they deserve a place alongside treatments for conditions already addressed by established therapies. As these studies increasingly take prime position in late-breaking conference sessions, medical journals, and regulatory decision-making, a new review article makes the case for special care in both their design and interpretation.

Writing this week in the New England Journal of Medicine, Laura Mauri, MD (Brigham and Women’s Hospital, Boston, MA), and Ralph B. D’Agostino, Sr, PhD (Boston University), note that randomized trials testing noninferiority increased sixfold between 2005 and 2015, reaching a total of 600 listed in MEDLINE that year.

Rather than trying to capture whether one treatment surpasses another, or even is just as good, noninferiority trials try to ascertain whether the latest arrival is simply no worse than its predecessor. “Although it is not statistically possible to prove that two treatments are identical, it is possible to determine that a new treatment is not worse than the control treatment by an acceptably small amount, with a given degree of confidence,” Mauri and D’Agostino explain.

The idea of being “a good substitute” in terms of efficacy was the original idea behind noninferiority trials, they say, though more recently these “methods also have been applied in evaluating whether an effective treatment is safe enough.”

When clinicians encounter the results of noninferiority trials, Mauri said, “one of the main things to keep an eye out for is, what is the expected benefit of this new treatment?” For example, the treatment might be safer, less expensive, or less invasive.

A prime example of where noninferiority trials can influence practice, she said, is research on TAVR and its shift toward younger and lower-risk patients. “What we’re really looking at is, does it perform similarly to surgery for patients who require aortic valve replacement? That is, by definition, a noninferiority type of question,” Mauri noted.

Several groups—including the US Food and Drug Administration, European Medicines Agency, and the Consolidated Standards of Reporting Trials (CONSORT) group—have issued recommendations on how to handle noninferiority trials.

Maura and D’Agostino specify seven major components of noninferiority trial design: active control, endpoint selection, choice of noninferiority margin, assay sensitivity (ie, “If the active control were compared with placebo, would superiority be evident?”), constancy and metrics, execution (ie, “Are the assigned treatments administered adequately? Is ascertainment of the endpoint accurate and complete?”), and analysis (ie, “If treatment crossover or nonadherence occurs, what is the appropriate analysis, intention-to-treat or per-protocol?”).

As noninferiority trials expand into new areas, their designs may evolve, the co-authors say.

When evaluating safety, for example, one “particular challenge . . . is that there are usually no reasonable data to justify the margin for safety,” they point out. “Instead, the study’s clinical advisors must decide what level of adverse events is acceptable. That level might vary according to the severity of the events, the absolute risk for the patient population, and the expected benefit of the treatment in question.”

What is a reasonable trade-off? I think that has to be informed by clinicians and also by patients. Laura Mauri

Patients themselves might guide trial design. “Given the importance of shared decision-making in clinical practice, we believe patients’ preferences should be incorporated into both the prespecification of an acceptable margin based on anticipated benefits and risks and the implementation of study results,” Mauri and D’Agostino advise.

“What is a reasonable trade-off? I think that has to be informed by clinicians and also by patients,” Mauri told TCTMD.

There is also the possibility that noninferiority designs can provide good news for clinicians who increasingly must consider the cost of care. “Within the framework of value-based healthcare,” the co-authors write, “evaluating the outcome of treatment in noninferiority designs separately from costs may provide greater reassurance that clinical outcomes remain acceptable or better while efficiencies are provided.”

To further improve noninferiority trials, they say, designs “should provide an explicit justification of the acceptable margin that is based on a measured or anticipated benefit of the experimental treatment.” Composite endpoints that involve “components with discordant benefits and risks” should be viewed with caution, and sensitivity analysis may be needed to deal with the possibility of missing data.

While the chances for pitfalls are many, appropriate design and execution can overcome them, Mauri and D’Agostino suggest. With care, “noninferiority trials offer the ability to identify innovative treatment alternatives with clinical value,” they conclude.

On Record: Broken Research? Fixing the Future of Clinical Trials

Essentials of Clinical Trial Design: Statistics 101 for the Budding Interventionalist

Opened Data: Analysis of Requests for NHLBI Trial Data May Allay Some Concerns