For the first time, TCT attendees are being treated to sunny San Diego, home of Comic Con, Balboa Park, and the La Jolla coves.

SAN DIEGO, CA—For the 30th anniversary of TCT, meeting-goers this year are being treated to the first TCT meeting in sunny San Diego, home of Comic Con, Balboa Park, and the La Jolla coves. The forays away from Washington,, DC are a welcome treat and perhaps are symbolic of a CRF globalized world view, in contrast to increasing insular trends emanating from our nation’s capital.

It has been a tumultuous year in interventional cardiology, and we are now 1 year on from TCT 2017 and the explosive media storm surrounding ORBITA.  It’s remarkable how a small study with just under 200 patients and 6 weeks of follow-up led to proclamations of the end for percutaneous coronary intervention in stable coronary artery disease. ORBITA was certainly (and deservedly) thought-provoking and daring in its effort to study the placebo effect in our “procedure primacy world,” but should not have led to the extreme editorial conclusions that were widely disseminated. In particular, the New York Times article that followed quickly, entitled “Unbelievable: Heart Stents Fail to Ease Chest Pain” and opening with “A procedure used to relieve chest pain in hundreds of thousands of heart patients each year is useless for many of them” was especially disturbing. The article then finished with a physician pulling his patient off the table, who had been originally scheduled to receive a stent based on his interpretation of the ORBITA paper.

Much has been pointed out about the study weaknesses (a quarter of the patients had no angina, a significant proportion of patients had negative intracoronary physiology measurements) and study strengths. ORBITA certainly deserves a position in our pantheon of interventional cardiology classics. In the era of inflammatory news and “fake” news, however, we would do well to be more measured, thoughtful, and balanced with our proclamations, especially when communicating with the general public, who are not as equipped at recognizing nuance and subtlety.

This year marks a large expansion at TCT 2018 into interactive hands-on training programs with multiple scheduled sessions, featuring the full spectrum of procedures from peripheral vascular tibiopedal access to CHIP coronary cases and structural work. I have long held the position that education in interventional cardiology must start with hands-on simulation prior to patient contact, and I am both excited and reassured by the innovation in education on display here. We, as proceduralists, are craftsmen and women at heart and the importance of incorporating physical learning and the seeds of muscle memory cannot be overstated in 21st century education. I hope this shift will set a new benchmark and continue to represent a paradigm change for interventional cardiology education. We need more hands-on learning and less disconnected, didactic lectures.

TCT 2018 follows hot on the heels of ESC 2018, which was marked by a flurry of negative studies, trimming and shaping the boundaries of our knowledge.  At ESC, some monoliths of established clinical care, such as with aspirin and primary prevention, were felled with the results of ARRIVE and ASCEND. In the field of structural heart disease, MITRA-FR results looking at MitraClip for functional mitral regurgitation in patients with severe heart failure were disappointingly negative for primary composite endpoints. The management of significant functional mitral regurgitation has long challenged us with few good options and we look forward to the likely highlight of this year’s late breaking trials, the results of the much larger COAPT randomized trial studying MitraClip in high-surgical-risk patients versus medical therapy. If beneficial, the results will be positively game-changing in the United States and as much as I appreciate the value of a negative study, a little positivity would go a long way.

This morning saw us waking to an overcast sky in San Diego, but the locals assured me brilliant blue skies and the clarity of the Californian sunshine will always come through by midmorning.  I for one will be looking forward to some clarity at TCT 2018.

What Not to Miss at TCT 2018 for Interventional Cardiology Fellows 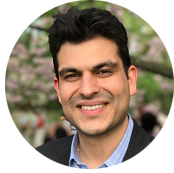