At 30 days, hemodynamic measures in the randomized trial favored self-expanding over balloon-expandable devices.

Both mean and maximal residual gradients were higher with the balloon-expandable aortic valves, with a trend toward more patient-prosthesis mismatch (PPM). 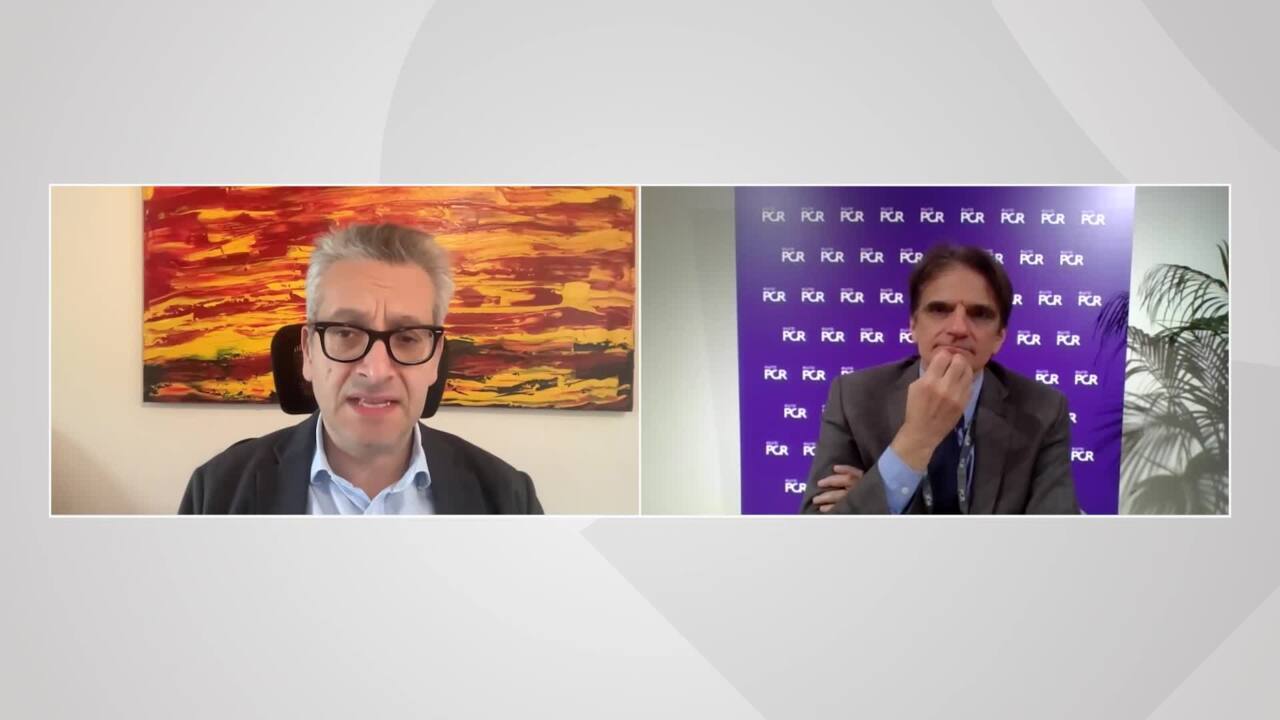 Beyond the Data: Balloon-Expandable vs Self-Expanding Valves in Valve-in-Valve TAVI

Rodés-Cabau presented results from the randomized LYTEN trial last week at EuroPCR 2022, and the data were simultaneously published online in the Journal of the American College of Cardiology.

The hemodynamic disparities—the trial’s primary endpoint—don’t come as a surprise, said Rodés-Cabau. “There were already some retrospective studies showing these types of differences and highlighting the potential advantages of the self-expanding valves with supra-annular valve systems. We confirmed these data, and we also provided [information on] the degree of difference.”

Is this going to have clinical consequences? We don’t know. Josep Rodés-Cabau

Azeem Latib, MD (Montefiore Medical Center, Bronx, NY), who served as a discussant in the EuroPCR session where the LYTEN results were presented, is enthusiastic about the trial.

“To me, it was the study of EuroPCR: one of the most-important ones,” he commented to TCTMD. “And the reason being, this is the first randomized study in valve-in-valve.” Not only this, Latib continued, but it looks “at a specific issue we have in valve-in-valve”—namely, the challenges of doing the procedures in small surgical valves.

“There’s a risk of ending up with high gradients, with patient-prosthesis mismatch,” such that for these patients who already have problems thanks to their failed bioprosthesis “we don’t make them much better,” Latib explained, “because we end up with higher gradients or we don’t drop their gradients significantly.”

This study, though underpowered for clinical outcomes and currently with short follow-up, speaks to the key question of which valve type might be best in this scenario, he continued. “It’s still reassuring because it [confirms] what we see in clinical practice. . . . Valve choice matters” in small surgical valves. Latib added, though, that “when we deal with large surgical valves, it probably then doesn’t make a difference.”

For the investigator-initiated study, which took place at 11 centers, LYTEN researchers randomized 102 patients (mean age 80 years; 53% men) with failed surgical valves ≤ 23 mm to either a balloon-expandable valve (20-23 mm Sapien 3/Ultra; Edwards Lifesciences) or a self-expanding valve (23-26 mm Evolut R/PRO/Pro+; Medtronic). Their median STS score was 5.0%. Stenosis predominated over regurgitation as the type of surgical valve dysfunction, seen in 67% and 33% of patients, respectively. The most common surgical valve size was 21 mm (46% of patients), followed by 23 mm (45%), 19 mm (8%), and 22 mm (1%).

Two individuals died prior to the procedure and two were treated medically without intervention, leaving 98 patients who actually underwent ViV TAVI. All procedures were successful. Surgical ring fracture, not recommended per protocol but up to heart team criteria, was more common in the balloon-expandable group (35%) than in the self-expanding group (13%; P = 0.04).

At 30 days, patients who had received a self-expanding valve had lower values for mean transvalvular gradient (15 ± 8 vs 23 ± 8 mm Hg) and maximal residual gradient (28 ± 16 vs 40 ± 13 mm Hg; P = 0.001 for both) on Doppler echocardiography. There also was a nonsignificant trend toward a lower prevalence of severe PPM with the self-expanding device (44% vs 64% using VARC 2 criteria; P = 0.07). No patients had moderate-severe aortic regurgitation. No deaths or strokes occurred by 30-day follow-up, and none of the patients received a permanent pacemaker.

A subset of 55 consecutive patients underwent invasive hemodynamic assessment during ViV TAVI. Between the valve types, there were no differences in periprocedural mean or peak transvalvular gradients. But overall, the gradient values were lower when measured by invasive hemodynamics versus echocardiography. “The magnitude of the difference between echo and invasive hemodynamics seemed to be [greater] in the Sapien group compared to the other group,” explained Rodés-Cabau, who said there is ongoing debate about which test’s findings are “more reliable or more clinically relevant.”

We need to have surgical valves that can be expanded much easier to get a better internal diameter when we do valve-in-valve in the future. Azeem Latib

Another nuance, pointed out by Latib, is that operators fractured the surgical valves for one-third of the patients who received a balloon-expandable device. “It kind of makes you wonder: if they didn’t break the surgical valves, the results could even have been much worse,” he suggested.

Latib said that, moving forward, there must be innovations not only in TAVI but also on the surgical side. “We need to have surgical valves that can be expanded much easier to get a better internal diameter when we do valve-in-valve in the future,” he said, mentioning the Inspiris device (Edwards Lifesciences) as an example.

For now, “we need to try to avoid as much as possible putting surgical valves into patients,” he advised. But for those who do get a surgical valve, “the first operation is really important. When I have those patients I am sending to surgery, I find a surgeon who is going to do some sort of aortic root enlargement, so they can put a better and larger valve into my patient to begin with.”