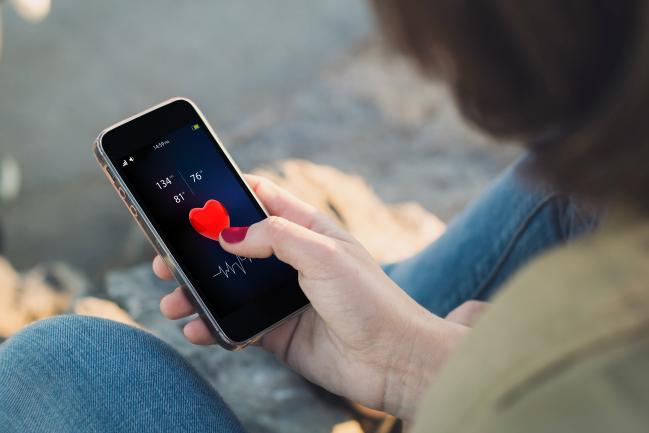 It’s now feasible to conduct a large-scale clinical study using data from smartphones, researchers show in a new paper. But the experience also laid bare the apparent mismatch between how people perceive their cardiovascular risk and reality.

The field of digital health has seen its share of ups and downs in 2016, with hints at the benefits of making physical activity into a game and doubts about the accuracy of wearable devices. Yet, smartphones are ubiquitous in the pockets and bags of most adults in the United States, and researchers are still seeking ways to use them to up the efficiency of clinical studies and optimally tap the data these devices collect.

The attachment between people and their smartphones “is something that we can take advantage of,” senior author Euan Ashley, MB, ChB, DPhil (Stanford University, CA), told TCTMD.

The study, published online December 14, 2016, ahead of print in JAMA Cardiology and led by Michael McConnell, MD (Stanford University), used a new smartphone app called MyHeart Counts (Apple, Cupertino, CA) to enroll almost 50,000 individuals between March and October 2015. Of that group, about 20,000 people completed 4 of the 7 required days of motion data collection and about 4,500 completed all 7 days. About 5,000 completed the 6-minute walk test through the app—this was at first only available to participants who logged 7 continuous days of motion data but was opened up to everyone after the researchers realized that people enjoyed this component, according to Ashley.

“Just the fact that we were able to do such a study, to be able to consent 50,000 people essentially on a smartphone and that major universities approved of that was really a leap into the new era,” he said. “We are so used to this sort of technology in our lives. . . . And yet we wander into a hospital or a clinical research study, and we’re still using pen and paper and questionnaires and a 17-page form. So sadly this area of research was due for an update, and it was pretty exciting that we were able to be part of that.”

For better or worse, “we have lowered the bar for entry” into a clinical trial, Ashley added. Traditionally, study participants have had to go through a lengthy consent process and devote a substantial amount of effort into signing up. Although this initial investment tends to make people more adherent to study protocol, it can discourage able participants in the first place, he explained. With a smartphone study, he said, you can “download the app while you're walking to the coffee shop, consent while you’re in line at the coffee shop, and you can be part of the study before your latte hits the desk.”

This is illustrated by the number of people who participated in the 6-minute walk test in this study, Ashley said. “The largest study to date that we could find in the literature for 6-minute walk data was about 800 or 900 people and over the course of a few weeks,” he stated, acknowledging that 5,000 out of 50,000 was still a small proportion. “Obviously we were excited that we had a study that was 10 times larger than any previous study, but equally some of our reviewers said 90% of the people who signed up didn’t do it. It's a glass half full, glass half empty.”

Feasibility aside, researchers found that when asked, participants were not able to correctly perceive their actual activity levels according to accelerometer and gyroscope data from their smartphones. Ashley acknowledged that there might be some accuracy issues with the technology, as evidenced by other studies of wearable devices—his team is conducting ongoing work in this field—but said this finding was further supported by the fact that participants also weren’t able to accurately state their 10-year and lifetime risks of stroke and MI as calculated through the Heart Age Questionnaire. Of the 1,334 individuals who completed the entire questionnaire, 512 and 501 underestimated their 10-year and lifetime risks (mean differences 6.0% and 12.0%), respectively, and 817 and 457 overestimated them (mean differences 1.2% and 12.7%).

“Providing that specific and personalized data [to them] is likely to be much more valuable and much more successful at helping people change their behavior, because at the end of the day physical activity is essentially our most potent intervention from a healthcare standpoint,” he said. “We’ve singularly failed over the course of many generations to find a way to really change peoples' behaviors in a consistent manner. We're still not there today but I'm hopeful that these kinds of technologies can move us a little closer to being able to do that.”

‘The Future Is Now’

In an accompanying editorial, Bonnie Spring, PhD, (Northwestern University, Chicago, IL), and colleagues write that “MyHeart Counts succeeded as a proof of concept, demonstrating the potential for personally owned mobile devices to accomplish real-world ambulatory assessment.” They raise issues with the demographics of the population, which the authors also acknowledge skewed young and male, and the “serious retention difficulties,” but say the study “conveys clear object lessons for investigators aiming to learn the recruitment, retention, adherence, and engagement challenges they need to overcome in mobile health studies, particularly to maintain long-term health lifestyle behaviors.”

The editorialists express surprise that the study protocol did not provide feedback to participants about their behavior and suggest that this may have encouraged better motivation. “Fostering engagement is about delivering value to participants by heightening the personal benefit they derive, which justifies their investment in the burden of wearing sensors and completing surveys,” they say. “Learning how to optimize digital engagement is a cutting-edge scientific challenge that will become more salient as we try to place more lifestyle interventions on intelligent, technology-mediated autopilot.”

Though issues remain, the value of this study “lies in highlighting the type of dialogue across disciplines that is needed to press forward the mobile health frontier,” Spring et al write. “In the brave new transdiscipline of mobile health, the future is now.”

A Step in the Wrong Direction: Weight-Loss Efforts Could Be Hampered by Addition of Wearable Device