For Some, Routine Cardiac Monitoring May Be Unnecessary After PCI

In one study, the rate of actionable arrhythmia alarms was low, suggesting a more-targeted approach to telemetry is warranted. 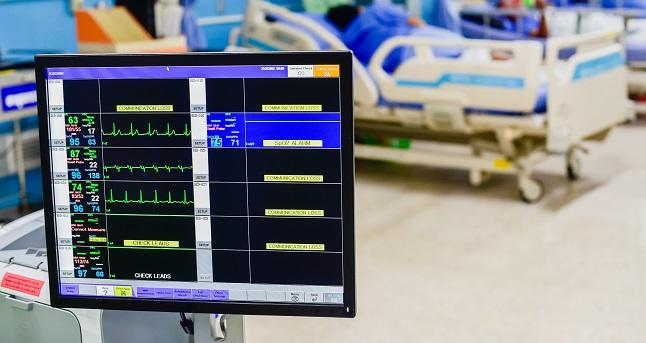 Although current policy at many hospitals is for patients to have continuous routine cardiac monitoring in the hours after undergoing PCI, a new study suggests it may be safe to forgo it in patients not at high risk for arrythmias, saving considerable healthcare dollars in the process.

Targeting telemetry monitoring to at-risk populations, “such as patients with ACS presentation, left main and multivessel disease, hemodynamic instability (shock), and [those] not achieving optimal PCI results, can potentially reduce cost of post-PCI care without compromising safety and increase the usefulness and efficacy of monitoring systems,” write Mohammed A. Al-Hijji, MD (Mayo Clinic, Rochester, MN), and colleagues in the January 2020 issue of Circulation: Cardiovascular Interventions.

Al-Hijji and colleagues looked at PCI procedures in 1,278 consecutive patients at their institution from October 2015 to August 2017. According to the hospital’s policy, all PCI patients underwent cardiac monitoring for a median of 24 hours in progressive care units. For the analysis, patients were divided into groups based on whether they did or did not have an actionable arrhythmia alarm while they were being monitored with telemetry in the hours after their procedure.

For those with actionable alarms, 30-day mortality was 6.5% as compared to 0.3% for those with no incidence of an actionable alarm (P < 0.001). Having an alarm activated was associated with permanent pacemaker and ICD implantation, transfer to ICU, and use of class I and III antiarrhythmic drugs.

In a cost analysis, Al-Hijji and colleagues found that switching patents to a nonmonitored bed could save $1,976 per day, with a potential cost savings of $622,481 for the entire study population.

A Common Issue for Hospitals

Commenting on the study for TCTMD, Ajay Kirtane, MD (NewYork-Presbyterian/Columbia University Irving Medical Center, New York, NY), cautioned that while the incidence of actionable alarms in the study was very low, if a patient did have an arrythmia that wasn't detected due to not being monitored, the clinical and cost implications would be far greater than any potential savings.

“I also don’t doubt that there are physicians and hospitals that place cardiac patients on telemetry due to medicolegal concerns,” he added. However, Kirtane said, the study is hypothesis-generating with regard to understanding risk levels for monitoring after PCI, which he said deserves further study and is “a reasonable stance” to take in this discussion.

Al-Hijji and colleagues say their findings are in agreement with recent advice from the American Heart Association on monitoring guidelines for stable angina and ACS after PCI. The guidelines give a Class III recommendation for telemetry monitoring after successful elective PCI.

Kirtane agreed, noting that monitoring hiccups can adversely affect patients who just want to go home after their procedure but end up dealing with delays in their discharge because of a questionable finding that must be investigated.

“I think this is something that gets discussed a lot on a clinical level in hospitals,” he said. “Telemetry is a very easy thing to order and so many hospitals just put people who have some kind of cardiac issue on it, and articles like this one should make us think about whether that’s the best way or whether we should be risk-stratifying patients.”

Mortality Lower When STEMI Patients Sent to the ICU, but Why?

Most STEMI Patients Head to ICU After PCI, but Not All Need to Go

Study Suggests CCU Can Be Skipped for Many NSTE-ACS Patients