Both men and women benefited from streamlined processes at the Cleveland Clinic, but female patients had the most to gain. 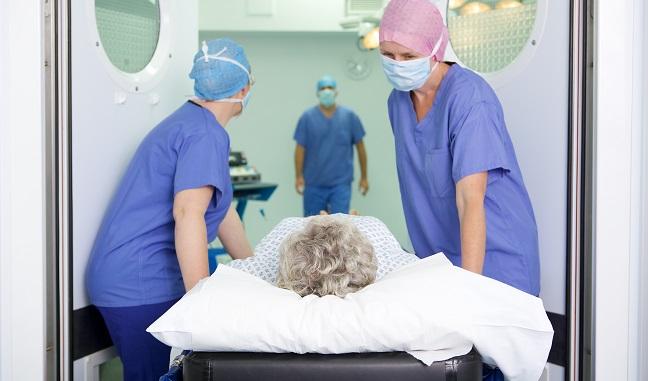 A Cleveland Clinic protocol designed to improve STEMI care processes for all patients also has the benefit of mitigating the suboptimal care and outcomes seen in women, a new analysis shows.

After implementation of the new processes, women no longer lagged behind men in terms of receipt of medical therapy, door-to-balloon time, or any in-hospital adverse events, lead author Chetan Huded, MD (Cleveland Clinic, OH), and colleagues report in a study published in the May 15, 2018, issue of the Journal of the American College of Cardiology.

Thirty-day mortality remained higher in female patients after the protocol was introduced, but the gap declined from 6.1% to 3.2%.

“We put this in place to improve the care of all patients, and it turns out that both men and women benefited. But women in particular benefited because they tended to be higher risk at baseline and with less ideal care,” Khot told TCTMD. “So it’s sort of like we raised the bar for everyone but the women benefited even more.”

It’s well known that women with STEMI, as a whole, are less likely to receive recommended medical therapy, have longer door-to-balloon times, and have poorer outcomes compared with their male counterparts. Khot said that has to do with women having the disease process associated with STEMI about 4 to 5 years later than men and having a more complex presentation.

We put this in place to improve the care of all patients, and it turns out that both men and women benefited. But women in particular benefited because they tended to be higher risk at baseline and with less ideal care. Umesh Khot

Just how much impact an initiative to standardize STEMI care could have on these disparities, though, has been unclear. Cleveland Clinic researchers were able to address that question after implementing a new STEMI protocol in July 2014 across a network that included 10 hospitals and three freestanding emergency departments. The protocol involved four key changes:

Huded, Khot, and colleagues evaluated processes and outcomes in 1,272 patients (32% women) treated before and after implementation of the protocol. On average, women were older and had more comorbidities in both time periods.

Before the new measures were put in place, female patients had a longer median door-to-balloon time compared with men (112 vs 104 minutes; P = 0.023) and were less likely to receive guideline-directed medical therapy prior to arterial sheath insertion for primary PCI (69% vs 77%; P = 0.019) and prior to completion of primary PCI (93.1% vs 96.7%; P = 0.028). In-hospital adverse events—including stroke, vascular complications, bleeding, transfusion, and death—all occurred at higher rates among women.

After the protocol was implemented, processes and outcomes improved in both men and women, and the sex differences in processes and in-hospital clinical outcomes disappeared. There was still evidence, however, of a difference in 30-day mortality. In the earlier time period, the mortality rates were 10.7% in women and 4.6% in men (P = 0.002). After the changes were put in place, the corresponding rates were 6.5% and 3.3% (P = 0.09).

Khot said he believes that all of the components of the protocol together are important to achieve what was observed in this study. “If the care system can provide [patients] with consistent care from start to finish across all of these different things, then it’s really that whole process that helps the patient,” he said.

It was challenging to implement these changes across such a large STEMI network, but Khot said it was worth it.

“This is one of the first things that’s really been shown to improve care for women,” he said. “Sometimes it’s been thought that because women are sicker this is sort of inevitable that they have these higher-risk features and higher-risk complications and higher-risk mortality. But we were able to show that it’s modifiable by a change in care process.”

The investigators note, however, that this was not a randomized study and that the findings warrant validation across other centers.

Longer Ischemic Times in Women with STEMI Due to Age, Comorbidities