Deciding whether to treat older patients is a challenge since risk estimators are heavily influenced by age, says one physician. 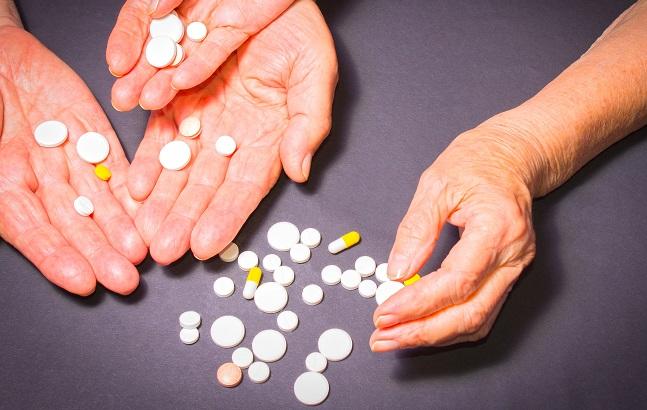 Older patients without existing atherosclerotic cardiovascular disease do not receive any benefit from statin therapy, according to a new analysis of the lipid-lowering arm of the ALLHAT trial.

After 6 years of follow-up, treatment with pravastatin 40 mg did not reduce risks of all-cause mortality or coronary heart disease events when compared with usual care, investigators reported. There was no clinical benefit of statin therapy when patients were stratified by age, including those ages 65 to 74 years and those 75 years and older.

“It’s a question that comes up a lot in clinic,” said lead investigator Benjamin Han, MD (New York University School of Medicine, New York, NY). “We see people who are older and don’t have a history of cardiovascular disease. The question is, should we put them on a statin?”

That question is further complicated by the 2013 American College of Cardiology/American Heart Association (ACC/AHA) calculator for the assessment of cardiovascular risk, he added. “When it came out, we played around with it and it seems that beyond a certain age range, they would want everybody to be on a statin, even if they have perfect numbers and no other risk factors,” said Han.

In the past, one of the criticisms of the ACC/AHA risk calculator was that it implies a disproportionate risk based on age and may overestimate risk in these older adults. In fact, the calculator has an age cutoff of 79 years. The United States Preventive Services Task Force (USPSTF) recently highlighted a lack of evidence for statin use for primary cardiovascular prevention in older adults, such as those 76 years and older.

Han noted that older adults are typically excluded from statin trials, and while there have been a few studies showing that statins are associated with a reduction in cardiovascular disease morbidity in that age group, these studies have not shown an effect on all-cause mortality.

Potential for Harm Highest in Elderly

To TCTMD, Han said the results suggest “the potential for harm,” particularly in this older population (≥ 75 years), but he urged caution in interpreting the results. In fact, in those 75 years and older, there was a nonsignificant trend toward a reduction in coronary heart disease events with pravastatin.

Given the dearth of evidence for statins in older adults without cardiovascular disease, Han said he pays particular attention to the patient’s functional ability when deciding on treatment. In assessing them, he tries to put their cardiovascular risk into the bigger picture of their everyday activities and other clinical conditions/medication use.

“This is a medicine they have to take every day, indefinitely,” he said. “And we have to think about potential side effects when, at least from the data we have now, we’re not certain [statins] provide any benefit. My approach, for anything I do, whether it’s over-the-counter medicine or ordering tests, is to weigh the benefit and potential harms. Unfortunately, for older people, they’re at higher risk for potential harms. The problem with statins for primary prevention, especially in people older than 75, is that we don’t have a lot of evidence to really guide us.”