Multivessel PCI is linked to less death and MI when done all at once, but not when done in a staged fashion. 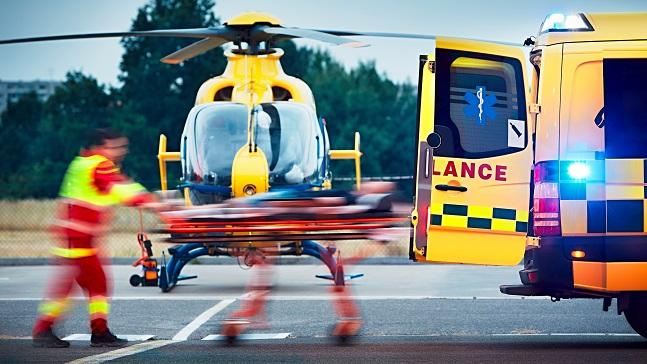 Time is of the essence for STEMI patients undergoing multivessel PCI, a new meta-analysis suggests. In select patients, treating the culprit and nonculprit lesions all at once—at the time of the index procedure—is linked to lower risk of death or MI compared with culprit-only PCI. By contrast, performing PCI in a staged fashion fails to offer the same benefits.

While several randomized trials have taken on the issue of timing in multivessel PCI in STEMI—whether treating all significant lesions in a single-setting procedure or as staged procedures—all suffered from lack of statistical power, say Sripal Bangalore, MD, MHA (New York University School of Medicine, New York, NY), and colleagues. To overcome this concern, they combined data from 11 trials, including DANAMI3-PRIMULTI, CvLPRIT, PRAGUE-13, PRAMI, Compare-Acute, and others.

“Interestingly, it’s still an open question. We’ve been discussing [and] debating” the role of complete revascularization, Bangalore told TCTMD. Moreover, guidelines are inconsistent, giving it a class IIb designation in the United States and a class IIa designation in Europe.

“From a clinical perspective, we face this on a regular basis. There is much more variability in practice now: some people completely revascularizing, some people staging it, and some people just saying medical therapy until the patient develops symptoms,” Bangalore observed. “Before all of these trials, 10 years ago it was a class III and nobody would even think about it.”

In all, the dataset included 3,150 patients, with 5,296 patient-years of follow-up. Compared with culprit-only PCI, single-procedure multivessel PCI was linked to significantly lower risks of a composite of death or MI (RR 0.52; 95% CI 0.37-0.73) and MI alone (RR 0.42; 95% CI 0.25-0.69), with a nonsignificant trend toward a lower risk of death (RR 0.64; 95% CI 0.04-1.02). Staged multivessel PCI held no such advantages. However, both single and staged procedures were associated with less need for repeat revascularization compared with culprit-only PCI.

While single procedures are preferred in general, patient selection is important, Bangalore said. For instance, he noted, the large trials of complete revascularization excluded complex patients with chronic total occlusions and left main disease. Also, patients with kidney disease might face renal damage if they undergo an extended procedure involving a lot of contrast media.

Thus, it’s important to use common sense, Bangalore advised. “If you’re up at 2 AM and fixing the . . . culprit lesion, and if you think that the case complexity is higher, I don’t think it makes sense to try to do everything at the same setting.”

Moreover, the current analysis showed staged procedures to be the “second-best strategy,” still coming out ahead of culprit-only PCI by virtue of decreased repeat revascularization, he added.

Future data from FULL REVASC and COMPLETE, both now recruiting patients, will provide more definitive answers on how the completeness of revascularization influences the hard endpoints of death and MI, Bangalore predicted. “If the needle is to move toward a class I indication, I think we have to wait for the results of these two trials.”