The prolific clinician-investigator was known for his leadership at the Manhattan VA Medical Center and a passion for social justice. 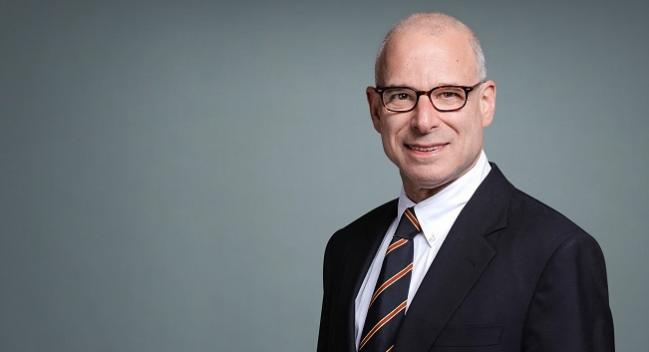 Steven P. Sedlis, MD, who for more than 20 years served as Chief of the Cardiology Section at the Manhattan VA Medical Center and Professor of Medicine at NYU School of Medicine (New York, NY), died January 21, 2018. He was 65 years old.

Known for his commitment to veterans and his leadership in cardiology, Sedlis was honored by many this week.

In his decades of service at the Manhattan VA, Sedlis’ “passion for education was evident in his rounds, lectures, and even his curbside consults,” NYU’s Robert I. Grossman, MD; Steven B. Abramson, MD; and Glenn I. Fishman, MD, wrote in a statement. “Most important to Steve was the value he placed on mentorship.”

Sedlis was also recognized as a prolific clinician-investigator, contributing to countless book chapters and journal articles, notably a 2015 New England Journal of Medicine paper about long-term outcomes in the COURAGE trial. “However, what Steve taught us most was the importance of perseverance and integrity,” they added. “Steve always remained a passionate advocate for what he believed was right, while engendering close relationships with whomever he touched. Steven was an inspiration and role model for all of us. He will be greatly missed.”

“Steve was a superb clinician, very passionate about science, an advocate for his patients, and a truly outstanding educator. He affected the lives of so many people,” she said. “Every day, I hear of a new story of how Steve had mentored someone at some point in their careers and how grateful they are to have had Steve’s support. He was my mentor for over 15 years, and I know I would not be where I am today without him.

Several of Sedlis’ colleagues, including Shah, shared their memories this week on Twitter.

The interventional community & the VA community lost an important advocate last night. I lost a friend and mentor of over 15 years. His passion was training the next generation of physicians and providing phenomenal care for the veterans. We wouldn’t be where we are today w/o him pic.twitter.com/YRQIsdM7fO

Devastated to hear about the loss of my friend and VA interventional cardiologist Dr. Steven Sedlis. Steve was a gentleman and scholar. He will be greatly missed. @BinitaShahMD @DrJRums

I am just so sad to hear this ... Both friend and colleague- a true national leader in the VA system. He was always - always- available to lead quality of care efforts, and did so with grace and professionalism. Huge loss.

“I am in total shock and deeply saddened by the loss of Steve, an amazing human being who was brilliant, selfless, and dedicated to the care of his patients and mentoring the next generation of cardiologists,” Roxana Mehran, MD (Icahn School of Medicine at Mount Sinai, New York, NY), told TCTMD via email. “This is a huge loss to the subspecialty of interventional cardiology.  Steve Sedlis will be sorely missed, and I am only sorry for those who did not get to meet him or have time with him. He was a true inspiration.”

“I was astonished and deeply saddened by the news of Dr. Sedlis' passing," he commented to TCTMD. “I have worked with him in many instances in the past, including this past year! He was always energetic, forward-thinking, and very passionate about the combination of improved patient care and academic medicine.”

Sedlis “thought that evidence-based medicine and clinical investigation naturally brought these two tasks close together,” Dangas continued. “He trained many fellows at NYU Medical Center and the Manhattan VA [who thought] very highly of him. In fact, he was the very reason many of them chose cardiology and intervention as their specialty. We will miss him very much and always remember his teaching points on merging patient care and clinical research.”

The Division of Cardiology of NYU School of Medicine published an obituary in the New York Times and Legacy.com, where others left messages in a guestbook.

“Steve was such an encouraging collaborator, friend and mentor. I will miss him very much. Sincerest condolences to all lucky enough to have known him,” G. B. John Mancini, MD (The University of British Columbia, Vancouver, Canada), wrote on the website.

“Steve was one of my closest colleagues within VA,” commented William Boden, MD (VA Boston Healthcare System, Boston, MA). “It was a privilege to work with him in a variety of clinical research collaborations. I cherished his thoughtful and principled approach to all he did and undertook in the spirit of better defining scientific truth. He will be greatly missed not only for his many professional contributions, but much more for who he was as a person and a friend.”

Sedlis was born in Brooklyn, NY, on February 9, 1952, according to another obituary published in the New York Times. “His parents, Alexander and Emilia were physicians and survivors of the Vilna Ghetto,” it notes, adding, “Steven loved taking care of his grandchildren, teaching his fellows, listening to WQXR, riding CitiBikes, and was passionate about social justice.” He is survived by his wife, three daughters, three grandchildren, and a large extended family.

Sedlis earned his undergraduate degree from St. Johns College in Annapolis, MD, and his medical degree from NYU School of Medicine, where he also did his internship and residency in internal medicine. At Barnes Hospital/Washington University School of Medicine, he completed research and clinical fellowships in cardiology. He then joined the faculty at SUNY Downstate Medical Center, eventually serving there as chief of the cath lab and of the cardiac care unit. In 1986, Sedlis became head of the cardiac cath lab at the Manhattan VA and a professor at NYU School of Medicine. In 1996, he was named chief of the cardiology section at the Manhattan VA.