Investigators believe that using the PERC clinical criteria will cut use of D-dimer testing and CT scans. 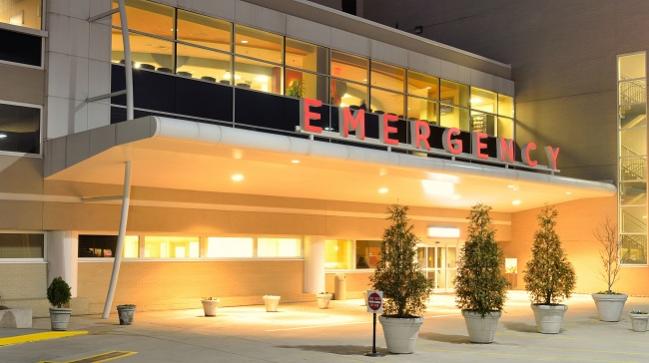 Suspected pulmonary embolism (PE) can be ruled out safely using only clinical criteria in low-risk patients who present to the emergency department, according to the results of a new randomized trial. Such a strategy results in less use of hospital resources, including a shorter length of stay and a reduction in CT imaging.

In the PROPER study, published in the February 13, 2018, issue of JAMA, use of the Pulmonary Embolism Rule-Out Criteria (PERC) did not increase the rate of subsequent thromboembolic events over the following 3 months when compared with a conventional diagnostic strategy that incorporated D-dimer testing and computed tomographic pulmonary angiography (CTPA).

“Now, we diagnose PE a lot more than we used to do,” lead investigator Yonathan Freund, MD, PhD (Assistance Publique-Hôpitaux de Paris, France), told TCTMD. “We run a lot more tests than we used to do—CTPA use has exploded—but it’s probably not necessary. So, we have to find a way to limit diagnostic testing for PE. One reason is that we’re testing too many patients who don’t have PE, and the other reason is that we’re identifying more CTPA-positive patients, but maybe some PE shouldn’t be diagnosed. We don’t need to diagnose small PEs and we don’t need to treat them.”

Freund said PE has historically been considered a deadly condition, with mortality rates 40 years ago as high as 30%. As a result, physicians fear missing a diagnosis. Most diagnostic workups are designed to exclude PE, and not because physicians suspect the condition is the cause of the patient’s symptoms, he said. Consequently, D-dimer testing in emergency departments has increased, as has the use of CTPA.

Once PE is identified on CTPA, physicians feel compelled to treat the condition, even though small embolisms, called subsegmental PE, would resolve on their own accord, said Freund.

In an editorial, Jeffrey Kline, MD (Indiana University School of Medicine, Indianapolis), writes that CTPA is performed in approximately 1% to 2% of the 120 million emergency department visits in the United States, and yet fewer than 5% of these scans show evidence of PE. The PERC-based strategy was designed to “help reduce profligate testing for PE,” according to Kline.

The present study, Kline told TCTMD, shows “that the PERC rule used properly should be considered standard of care.

Given the growing concerns about the potential overuse of diagnostic testing, physicians have attempted to rule out PE using objective clinical measures at the bedside in low-risk patients. Developed nearly 15 years ago, the PERC rule uses eight criteria—age 50 years or older, arterial saturation 94% or less, pulse rate 100 bpm or greater, unilateral leg swelling, hemoptysis, recent trauma or surgery, prior PE or deep vein thrombosis, and exogenous estrogen use—to identify at-risk patients. If any of the criteria are positive, PE can’t be ruled out and the patient is sent for further testing.

To TCTMD, Freund noted that two European studies recently challenged the PERC rule by reporting an “unacceptable rate” of PE diagnosis among PERC-negative patients (> 5%). “If it wasn’t for these European studies, I think we would all be using PERC already, and I don’t know if we could have done this study,” he said.

The PROPER trial was conducted in 14 emergency departments in France and enrolled patients with new-onset or worsening shortness of breath or chest pain and a low probability of PE, which was defined as a risk less than 15% based on the physician’s evaluation. Each emergency department was randomized to 6 months of usual care and 6 months of the PERC-based strategy. If the PERC score was zero, PE was ruled out without subsequent testing. In the conventional treatment arm, D-dimer testing was recommended for all patients and followed with CTPA if the D-dimer assay was positive.

Regarding the primary endpoint—defined as the occurrence of a symptomatic thromboembolic event during 3-month follow-up—just one patient (0.1%) had an event in the PERC group compared with none in the control arm. When investigators assessed the data in the intention-to-treat analysis, which assumed all patients lost to follow-up had a thromboembolic event, there was no statistical difference in the primary endpoint between the two diagnostic approaches. Hospital readmissions at 3 months were higher in the control arm, and there was no difference in mortality.

CTPA was performed in 349 cases, of which 39 were positive for PE. Patients in the PERC arm were significantly less likely to be investigated with CTPA than those in the control arm (13% vs 23%; P < 0.001). Additionally, the length of stay in the emergency department was nearly 40 minutes shorter in the PERC-treated patients.

The results, according to Freund, confirm that a PERC-based approach to diagnosing PE is safe, and while “many people already knew that,” he added, “it’s never been reported in a controlled trial.”

He noted that the strategy also reduced the diagnosis of PE, with just 1.5% of 847 patients diagnosed in the PERC arm compared with 2.7% of the 902 patients assessed with conventional care (P = 0.052). “It suggests that some PE are left undiagnosed and untreated with PERC, and that’s fine,” said Freund. “They remained silent for the next 3 months.”

The present study, writes Kline in the editorial, “directly helps address the controversy of whether PE can be safely excluded without laboratory testing or radiological imaging inasmuch as only one patient had a PE.” It also showed that using the PERC-based strategy can avoid subjecting patients needlessly to radiation, the stress on their kidneys caused by iodinated contrast, and the risk of a false-positive PE diagnosis, he adds.