Plus, gains in overall PCI outcomes have not carried over to related strokes, which have persistently poor outcomes. 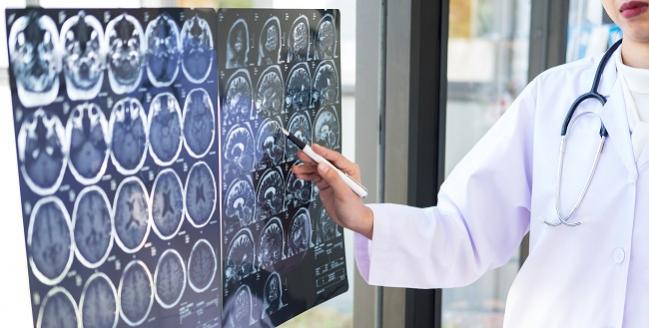 Although they remain relatively rare, PCI-related ischemic strokes have become more common in the United States in recent years, likely a reflection of a patient population that has grown increasingly complex, new nationwide data show.

Between 2003 and 2016, the overall rate of post-PCI stroke was 0.56%, with the highest rate seen in patients with STEMI (0.97%), followed by NSTEMI (0.81%) and unstable angina/stable ischemic heart disease (0.41%). The frequency of stroke increased over time across all of those groups, researchers led by Mohamad Alkhouli, MD (Mayo Clinic, Rochester, MN), report.

Alkhouli chalked that up to the fact that the types of patients undergoing PCI during the study period became more and more complex. The rise is “partially explained by the baseline patient and hospital and procedural characteristics,” he told TCTMD, adding that it’s uncertain whether adjustment for other factors that were not available in the database—like use of radial access and various medications—would have explained the rest.

Stroke is still giving you as much of a substantial negative impact as it used to 15 years ago. Mohamad Alkhouli

But he said the slight increase in the rate of PCI-related stroke should not be the focus. Instead, he pointed to the persistently poor outcomes associated with these strokes, with substantially higher mortality rates in patients with versus without a stroke across PCI indications. In patients with STEMI, for example, in-hospital mortality rates were 23.5% and 11.0% in those with and without a cerebrovascular event, respectively (P < 0.001).

Overall PCI outcomes have improved over the years, “but stroke is still giving you as much of a substantial negative impact as it used to 15 years ago,” Alkhouli said. “I think that’s the concerning part, that we haven’t been able to reduce mortality in these patients.”

Greater use of acute stroke interventions might be able to address that, he suggested. In this population, thrombolytics, cerebral angiography, and mechanical thrombectomy were used infrequently, with only slight increases over time, but Alkhouli noted that endovascular stroke therapy didn’t really start to take off until the last year of the study period following positive results from several trials.

“Nowadays, these interventions, if you do them early on, they’re very effective, so I think even though we would love to see some preventative methods to bring this [stroke] rate down, the emphasis here will be more . . . on intervening on it if it happens,” he said. “It’s rare. We can’t do much about reducing it [preoperatively], but we could do more about tackling it right away after it happens.”

Data on use of endovascular therapy for PCI-related stroke are limited, Alkhouli added, “so now there is an opportunity to study that more and standardize it and hopefully help these few patients who develop a big stroke after PCI.”

The investigators note in their paper, published online ahead of the August 12, 2019, issue of JACC: Cardiovascular Interventions, that there are limited nationwide data on PCI-related strokes from the current era. A prior study from the National Cardiovascular Data Registry showing a periprocedural stroke rate of 0.22% included procedures only up through March 2007.

“The past decade has witnessed significant increases in the number of older and higher-risk patients undergoing PCI and in the complexity of PCIs being performed (eg, chronic total occlusion intervention, mechanical circulatory support-assisted PCI),” they point out.

To find out how those changes might have affected PCI-related stroke rates, Alkhouli and colleagues looked at data from the National Inpatient Sample on more than 8.75 million patients treated between 2003 and 2016.

On multivariate adjustment, the factors most strongly associated with stroke were carotid disease, cardiogenic shock, A-fib, and older age, all of which increased in prevalence over time. Stroke rates also were lower at high-volume PCI centers.

After propensity-score matching, in-hospital mortality was much higher in patients who had a stroke, regardless of PCI indication: STEMI (23.5% vs 11.0%), NSTEMI (9.5% vs 2.8%), and unstable angina/stable ischemic heart disease (11.5% vs 2.4%; P < 0.001 for all). Also, patients who had a stroke were more likely to have other complications, including acute kidney injury and the need for mechanical ventilation or blood transfusion; had longer lengths of stay; were less likely to be discharged home; and had higher hospital charges.

Though the increase in stroke over time is partially explained by increasing patient complexity, “further studies are needed to confirm and assess the underlying causes of these worrisome trends,” the authors say.

“The good news is that brain injury occurs infrequently after percutaneous coronary intervention, but the bad news is that when it does occur the sequelae can be dismal,” he said. “And so making every effort to prevent stroke is key.”

Alkhouli said the study did not identify much in the way of preventable risk factors, but Bittl saw some potential areas of opportunity.

The good news is that brain injury occurs infrequently after percutaneous coronary intervention, but the bad news is that when it does occur the sequelae can be dismal. John Bittl

First, it’s possible that the PCI-related stroke rate will have fallen in just the past few years—which were not covered by this study—following the downgrading of aspiration thrombectomy during primary PCI for STEMI by US guideline writers in October 2015.

Second, homing in on A-fib as a risk factor for PCI-related stroke, Bittl said changes can be made to allow such patients to continue taking their stroke prevention therapies during the procedure. “I think that practice patterns can change and we can start to do more patients using radial access while they are still on their anticoagulants for atrial fibrillation,” he said.

And third, continued technological advancement, including a shrinking of device sizes, might help bring stroke rates back down, Bittl said. “I think as our equipment continues to improve and evolve there’ll be less arterial trauma,” he said. “I’m optimistic that these trends can be stopped.”

In an accompanying editorial, Ahmed Abdel-Latif, MD, PhD, and Naoki Misumida, MD (both University of Kentucky, Lexington), say “the study calls for more innovative approaches for the prevention of post-PCI stroke, which has dismal prognosis. Additionally, studies examining the efficacy and safety of thrombolysis and advanced catheter-based treatment approaches for acute post-PCI ischemic stroke are warranted.”

Best Strategy Questioned for NSTE ACS Patients With Prior CABG

Conversations in Cardiology: The Push for High-Sensitivity Troponin

Less Stroke With PCI at 5 Years, but CABG Risks Front-loaded in First 30 Days