The observational study of high- and intermediate-risk patients confirms the results seen in randomized trials, according to researchers. 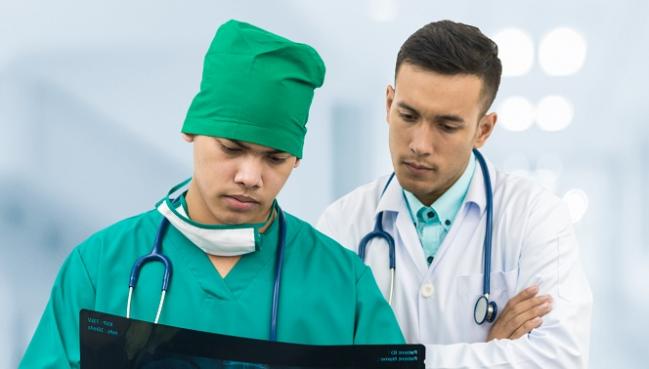 In a propensity-matched analysis of patients at high and intermediate risk for surgery, the mortality rate at 1 year was 17.3% amongst patients who underwent TAVR and 17.9% for those who underwent surgical replacement, a difference that was not statistically significant. The rate of stroke at 1 year was 4.2% in the TAVR-treated patients and 3.3% in those treated with surgery, again a nonsignificant difference.

The number of days alive out of hospital was also equivalent between the two treatments.

These results, according to the researchers, “are largely consistent with those observed in pivotal randomized clinical trials and support the safety and effectiveness of TAVR in real-world intermediate- and high-risk patients.”

“GARY really shocked everybody in the fall and sent a concern through the community that things might not be good, particularly in the intermediate-risk population,” said Brennan. “We did not see that. We stratified by STS risk, and we did not see that signal in terms of mortality risk.”

In an editorial accompanying the study, A. Pieter Kappetein, MD (Erasmus Medical Center, Rotterdam, the Netherlands), and Alec Vahanian, MD (Hôpital Bichat, Paris, France), agree the results confirm what was previously observed in PARTNER, PARTNER 2A, and the CoreValve High-Risk study. “This study provides unique insight into whether the results of RCTs are comparable to the results of routine clinical practice,” they write. “It confirms the findings of the randomized trials.”

The propensity-matched analysis is based 4,732 intermediate- and high-risk patients treated with TAVR included in the Society of Thoracic Surgeons (STS)/American College of Cardiology (ACC) Transcatheter Valve Therapy (TVT) Registry and 4,732 surgical patients included in the STS national database. The median age of patients was 82 years, and the mean STS score was 5.8%. In the TAVR arm, one-third of patients were treated with CoreValve (Medtronic) and the rest received a Sapien (Edwards Lifesciences) valve.

In-hospital mortality was lower among TAVR patients than in surgery patients (3.0% vs 5.0%; P < 0.001), but the incidence of in-hospital stroke was similar between groups. Discharge home, rather than to an extended care facility or rehabilitation center, was more than three times more likely if the patients underwent TAVR rather than surgery (OR 3.19; 95% CI 2.84-3.58).

Regarding the difference in outcomes between their data and the GARY registry, Brennan said the STS/ACC TVT Registry includes detailed patient data which allowed them to propensity-match patients to a greater extent. This eliminated the potential for bias resulting from unaccounted confounding variables. In their editorial, Kappetein and Vahanian note that the German intermediate-risk patients had severe comorbidities that would have led to their exclusion in the STS/ACC TVT analysis, saying this could also explain the contrasting results.

Overall, the stroke rate observed in the present analysis was approximately 50% lower than that observed in clinical trials, including PARTNER 2A. This might be the result of underreporting of stroke events or less rigorous postoperative neurology evaluation that was part of the randomized controlled trials, suggest the researchers.

To TCTMD, Brennan said they did observe an increase in the incidence of stroke between 30 days and 1 year among TAVR-treated patients, with a progressive divergence of the stroke curves between the two treatments.

“If there’s one finding out of this paper that gives me some concern, that’s the finding,” said Brennan. Speculating on the potential for long-term stroke risk, Brennan said he’s worried it might be an issue of thrombus on the valve structure or valve leaflets. “In the community, we’re at a place where we’re not sure what the right anticoagulation strategy is for these patients. It’s an area that is actively being investigated. It’s an area we still need to figure out.”

If there’s one finding out of this paper that gives me some concern, that’s the finding. J. Matthew Brennan

That said, Brennan emphasized the data extend to 1 year only and said they plan to study patients beyond this time point. “It may be at 2 years we don’t see any problem, but I am somewhat concerned the curves were diverging,” he said. “Overall, the rates were low and they’re lower than what we’ve seen in the trials, which reflects improved technique and devices.”

In the editorial, Kappetein and Vahanian point out that the propensity analysis excluded patients older than 90 years and those with a hostile chest or porcelain aorta, noting that “one should be aware that even this ‘all-comers TAVR population’ does not include patients that are usually treated with TAVR.”

The editorialists also highlight the equivalent outcomes observed in men and women, a pattern that is at odds with previous data suggesting female subjects have lower mortality with TAVR. They suggest that sex itself might not be a risk factor, but rather it is sex-related comorbidities that account for the better outcomes with TAVR in female patients.

Brennan noted the study was funded through the Patient-Centered Outcomes Research Institute (PCORI) and that they have launched an educational website to help patients and physicians with valve disease make decisions about treatment options. They will also be launching physician-based decision-assistance tool.

TAVR With Sapien XT Noninferior to Surgery in Intermediate-Risk Patients, With a Win for Transfemoral

TAVR With the CoreValve Device Superior to Surgery at 1 Year