Patients and physicians alike may have “unrealistic” expectations about post-TAVR outcomes. Doctors could manage them better, experts say. 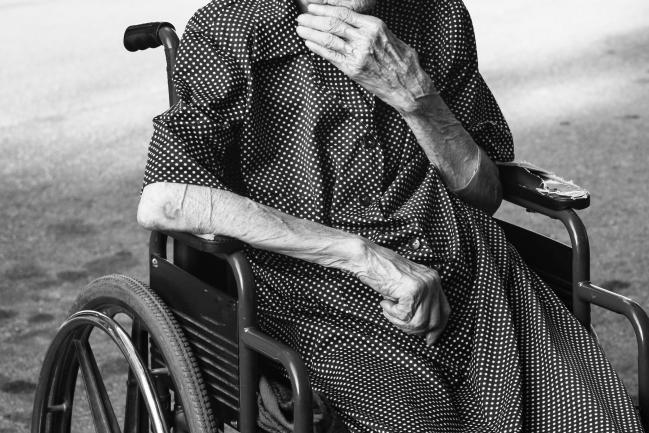 While some view TAVR as the biggest success in interventional cardiology in the past decade, new research suggests that physicians should do a better job at tempering patient and family expectations post-TAVR, as the procedure simply cannot improve quality of life for everyone.

Several studies have shown the safety and efficacy of percutaneously replacing the aortic valve in various patient populations—often extending even the sickest of patients’ lives by a handful of years—but analyses on quality of life have had been less glowing. At TCT 2016, data from the PARTNER 2A trial showed a boost in patient quality of life over 2 years in those who received transfemoral TAVR, but not in patients treated with the transapical or transthoracic approaches.

“We have some expectations with TAVR that might be a little bit unrealistic,” Philippe Généreux, MD (Hôpital du Sacré-Coeur de Montréal, Canada), who was not involved with the study, told TCTMD. “You can safely replace the valve with TAVR, but you cannot fix the entire body. You will still have comorbidity that will remain after the TAVR, especially among the sickest of the sickest.”

For the study, published online this week ahead of print in JACC: Cardiovascular Interventions, Rüdiger Lange, MD, PhD (Technische Universität München, Munich, Germany), and colleagues looked at 2,288 TAVR patients (29% treated transapically and 71% transvascularly) who enrolled in the GARY Registry in 2011. By 1 year, 23% of the population had died, but there were substantial improvements in NYHA functional class—more than 80% of all patients were in class III or IV at baseline—in surviving patients regardless of access route (P < 0.001 for both transvascular and transapical). Additionally, improvements in visual analog scale scores were seen for both groups at 1 year (P < 0.001).

The researchers found gains in quality of life using the EQ-5D survey at 1 year overall, but patients treated transvascularly reported a greater magnitude of improvement than those in the transapical arm. When the survey was broken into its five categories (mobility, usual activity, pain/discomfort, self-care, and depression/anxiety), patients in the transvascular group improved in each domain, but those treated transapically only improved in terms of mobility and usual activity and somewhat for pain/discomfort. Many patients in both groups reported a worsening of their quality of life, especially in terms of pain/discomfort and depression/anxiety.

It is possible that “12 months is too short to translate into an improvement in mental health measures,” the authors write, but “it remains speculative why TAVR patients do not benefit mentally as much as they do physically.”

Moreover, the reduced quality-of-life benefits in the transapical arm “might be partly explained by the fact that greater repeat hospital admissions were necessary for these patients,” they say. Also, since patients treated transapically had a higher 1-year mortality rate—28.0% compared with 20.7% for those in the transvascular group—it is possible that the transapical patients “represented a sicker group.”

“The bottom line is, if you’re not too sick or don’t have too many comborbidities and you’re a good candidate for transfemoral, you have a chance to improve your quality of life,” Généreux said. “On the other hand, if you’re too sick already and you’re extreme risk and have other comorbidities such as frailty and other organ failure, your chance to improve your quality of life is extremely low [with TAVR].”

The fact that so many patients in this registry saw improvements in quality of life, especially given that TAVR practices and devices have developed markedly since 2011, is “great,” he added. However, “the benefit of TAVR will not express itself completely in these extremely sick patients.” Moving TAVR to patients at intermediate and low risk for surgery will be “where we may see the full benefit of TAVR compared with SAVR,” Généreux said.

But physicians still need to improve their ability to manage the expectations of patients and “especially with the family and the relatives who believe that you are going to fix everything and all the symptoms they have,” he asserted.

“TAVR will surely evolve as therapy for progressively younger patients,” writes Blase Carabello, MD (East Carolina University, Greenville, NC), in an accompanying editorial. However, he points out that “currently the average patient age in most reported [TAVR] series hovers around 80 years, where the goal of therapy is focused more on achieving better quality of life than increasing longevity.”

As such, the current study is “sobering,” Carabello writes, as it “reinforces the inability of AVR to fix things that it can’t fix.” Though TAVR will “continue to evolve into a simpler, safer procedure,” he continues, “even if it could be delivered through a 5-Fr sheath in 15 minutes without any complications, it cannot reverse noncardiac pathology that impacts patient [quality of life].”

Carabello warns that physicians should not “overpromise the benefits of the procedure.”

When Is Sick Too Sick for TAVR? Physicians Grapple With Identifying Futile Care