Regardless of competition, in-hospital outcomes did not differ, although it’s possible a long-term look at data is needed, say researchers. 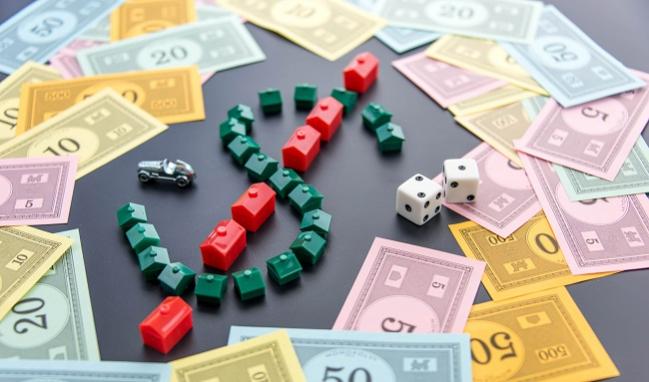 SAN DIEGO, CA—Hospitals located in a more competitive marketplace are more likely to offer TAVR over surgical valve replacement for patients with aortic stenosis, though in-hospital quality of care is not affected, according to new data.

Raymond Strobel, MS (University of Michigan, Ann Arbor), who presented the study last week at the annual meeting of the Society of Thoracic Surgeons, suggested it’s possible competition may have an impact over a longer time period, noting that prior research into the effects of market competition has looked at outcomes like 1-year mortality while this study only focused on in-hospital events.

“We might be able to have some more meaningful inference on the quality side if we were able to look at this question in a mixed data set or one that had more clinical data,” said Strobel.

To TCTMD, session co-moderator Derek Brinster, MD (Northwell Health, New York, NY), said “it makes sense that newer technologies are adapted at a more competitive institution because of survival of the fittest and market demands.” Without those forces, specifically “if you're in [an isolated] geographical area or whether you're in a marketplace with a dominant insurance market plan that feeds to you without competition,” it’s likely that novel therapies are not adopted as quickly, he added.

“Newer strategies have risk,” said Brinster. “They aren't time proven, results aren't known immediately, and may be of dubious benefit 5, 10, 15 years down the road. Those institutions that have to compete with highly aggressive health institutes are much more likely to adapt TAVR, MitraClip, et cetera, because those are technologies that are influencing patient referral patterns.

“Not every patient referral pattern can be influenced, but in competitive marketplaces where they can be, it's advantageous to the providing institution to offer the most sophisticated and potentially the best care for the patient as quickly as possible to bring that to market and to out-compete their competitor and survive,” he observed.

No Association With Quality

For the study, the researchers included 36,235 patients undergoing TAVR (n = 5,562) or surgical aortic valve replacement (n = 30,673) across 154 hospitals in Arizona, Florida, Iowa, Massachusetts, and Washington between 2011 and 2014. They merged data from the Healthcare Cost and Utilization Project state inpatient databases, Hospital Market Structure files, and the American Hospital Association annual survey to determine both patient- and hospital-level information.

The wide confidence interval likely “reflects the fact that the effect is very strong for some centers and less so for others,” he said. “We can be confident in our results given that the effect is persistent after adjusting for both patient-level factors as well as different factors at the hospital level like bed size [and] whether it's an academic or nonacademic center.”

Additionally, TAVR use significantly increased over the study period, but trends did not differ by HHI category.

Acknowledging that the HHI is not a “perfect indicator of market competition,” Brinster noted during discussion of the study that “healthcare is a very bizarre quantity that doesn’t really obey market demand.” He asked Strobel why they included data from the five states they did, and Strobel replied that the information from all three databases they used was only available for those states.

“Do you see any way of making this more in-depth in terms of really determining whether the market challenges the insurance referral patterns?” Brinster inquired. “That’s what I see in New York, that insurance drives a lot of what we have. We have 23 hospital systems, and that's really our main driver. When you look at HHI data, that's one of our pitfalls there.”

Strobel said the development of a “richer” clinical database would further future analyses. “I think we could do a lot more and maybe have a greater inference with regards to quality of care and maybe even appropriateness if we had a more robust clinical database like the STS [Adult Cardiac Surgery Database],” he said.

Hopes Fade for a CV Indication for Canakinumab: What’s Next for the Inflammatory Hypothesis?

Most Cardiovascular Drugs Can Be Safely Used in Pregnancy, Review Suggests

TAVR in the US: Regional Variations in Numbers, Outcomes