Physicians, surgeons, and industry players say most—but not all—of the barriers to a full takedown of surgery can be solved by engineering and preclinical work. 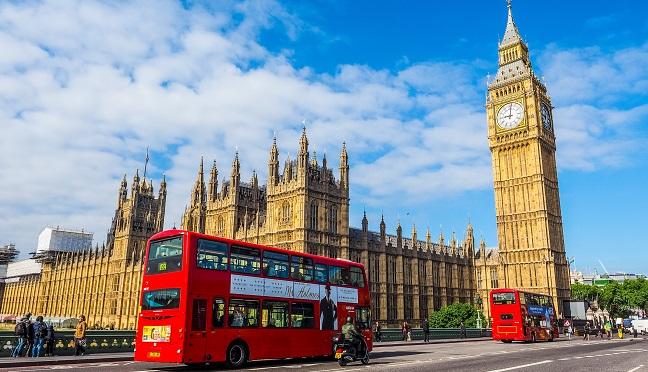 LONDON, England—Very little stands in the way of transcatheter aortic valve procedures overtaking surgery for “almost all” procedures, according to experts gathered here to hash over the few barriers that remain. A dedicated session during “Innovators Day” at PCR London Valves 2017 today addressed the question from three vantage points: the engineering lab, the animal lab, and the clinician’s perspective. But as the audience learned, other factors are also at play.

Assaf Bash, PhD, a medical engineer who’s now a director of research and development at Edwards Lifesciences, reviewed the history of transcatheter valve development, noting that 20 years ago it was widely deemed a “crazy idea” to try to replace a diseased aortic valve percutaneously. Key concerns, he noted, were the force needed to push aside calcified native valves, the difficulty of securing the implanted device, and damage/durability issues related to crimping a transcatheter valve into a delivery catheter.

Today, however, the only things keeping TAVR from replacing surgery, he said, are paravalvular (PV) leak, treatment of bicuspid valves and aortic insufficiency, and durability.

Technology has already improved considerably in reducing PV leak, Bash observed, and data are accumulating for both bicuspid disease and aortic insufficiency. Durability is the only unknown, he added, noting that TAVR is being held to a higher bar than other devices, including surgical devices. Moreover, there are other things “slowing us down,” he said. “One is a lot of skepticism and conservatism from users, regulators, and others who want additional proof. Then there is a requirement for a level of confidence that was not required for other technologies.”

Asked to name his personal choice of the biggest challenge for engineers working in this space, Bash pointed to “the interaction between the anatomy and the device,” given the vast variations in patient disease. “We are coming to the edges of what we can do,” he said, suggesting that durability, pacemakers, and other concerns will ultimately be resolved. “The worry that concerns me most is, how do we make one device that will fit almost everyone?”

Offering the view from the animal lab, Nicolas Borenstein, DVM, PhD, the scientific and technical director of the IMMR preclinical research laboratory in Paris, France, identified many of the same barriers detailed by Bash but noted that a key hurdle from his perspective—particularly as technology evolves for mitral and tricuspid disease—is the fact that animal models are not perfect substitutes for human disease. “Just because you prove that something works in a pig does not mean it will work in humans,” he cautioned. “I think you have to know that the animal model does have its limitations.”

Constraints of current imaging modalities are also important, despite the strides made in this arena, Borenstein added. With animals, he noted, researchers can use different modalities such as cardioscopy, wherein blood is replaced with saline; the technique delivers crystal clear images not possible in human subjects.

As developments heat up in the mitral space, there’s also the difficulty of using animal models that don’t get the same type of disease as humans, Borenstein conceded. Calcification, for example, is very rare in sheep. “And you don’t want to develop a device to treat healthy sheep,” he quipped. Finally, there are also issues like age and anticoagulation regimens that can’t be approximated in the animal model.

In the final presentation, Eberhard Grube, MD (Siegburg Heart Centre, Germany), offering the clinician’s perspective. In his review of two decades of transcatheter valve innovation, Grube zeroed in on the historical animosity between surgeons and interventionalists.

“We started in very stormy weather,” Grube recalled, showing a slide quoting some of the harshest resistance to the early TAVR attempts. “These are unacceptable premature and unethical experiments on humans,” one read. “You don’t know what you’re doing,” and “The only solution can and will be surgery,” said others.

Today, however, the only things standing in the way of TAVR being used in “essentially all patients” with aortic stenosis are completion of the low-risk randomized controlled trials, the development of meaningful TAVR risk scores, and the management of valve durability issues, Grube concluded.

Pressed to name the one factor that might keep TAVR from eclipsing surgery, Grube joked: “This could have been done on one slide! There’s only one thing left, and that’s the durability issues.” Everything else—pacemaker implantation, paravalvular leaks, etc—“will be solved by the engineers,” he predicted.

“I think the train is moving,” Grube said, “and I don’t think have much more time [to wait] before it takes over.”

Other panelists pointed to other issues they believe may be holding TAVR back—things that cannot be solved by engineers and preclinical studies.

“I disagree with the issue of durability, because it’s an issue we can talk about but it will not be resolved until more time has passed,” Stephan Windecker, MD (Swiss Cardiovascular Center, Bern, Switzerland), said, adding that surgical valves never established durability prior to their widespread use. For him the biggest barrier to TAVR’s takedown of surgery will be the size of the catheters and valves. “I’d like to see smaller devices,” perhaps as small as 10- or 11-Fr, Windecker said.

James Eadie, MD, a partner at the venture capital firm Santé Ventures in Austin, TX, pointed to the breadth and depth of surgery’s market penetration. “Right now, if we look across the globe where surgical valves are placed ubiquitously, can we get the technology to the point that it can get into everyone’s hand, that everyone can use? The cost today to put in a valve is significant. How do we help [TAVR] technology evolve so it can be ubiquitous in 2025?”

Cost was also raised by Thomas Modine, MD, PhD (Centre Hospitalier Régional Universitaire de Lille, France). “For me, one of the main obstacles for the future is the price,” he said.

Others touched on the hot-button issue that has been TAVR’s bedfellow from the beginning. “If I’m being absolutely honest,” said Martyn Thomas, MD, now vice president of medical affairs for transcatheter valves at Edwards Lifesciences, “I think the biggest challenge here is resistance from the surgical community.” Even speaking clinically of problems that could potentially be addressed by engineering, he said, “my answer is the same: it’s this question of durability. But I personally don’t believe it’s an issue, I believe it’s been made an issue.”

Thomas got some support from Windecker, who said, “I think the transition from traditional surgery to TAVR has been too slow, and I think one part of that has been regulatory resistance and resistance form surgeons.

“If you look at the evidence that has been generated, we started with extreme risk, then we moved to high risk,” he continued. “After that there was a new category [created]: intermediate risk. And the next one we need to [study] is low risk. But to be honest, all that could have been done in one setting: high-risk patients.”

A “major advance” of the latest European Society of Cardiology (ESC) guidelines, Windecker said, “is that we no longer distinguish between extreme, high, and intermediate risk. There’s just ‘increased risk’ or ‘low risk’. So I would say regulatory [issues], but also the surgical community, have somewhat slowed down the transition process.”

But cardiothoracic surgeon A. Pieter Kappetein, MD, PhD, who recently joined Medtronic as vice president for medical affairs within the structural heart division, rejected this assertion. “How could surgeons be slowing down the process when surgeons will often say that the cardiologist is the gatekeeper and they are the ones who see the patient first? I would say that a lot of cardiologists were also a little bit afraid of moving too fast in an area where surgery has a good outcome,” he commented.

Writing on the Wall

“We have perhaps one of the final chances now to conduct this low-risk trial properly and in our practice—we’re involved in the low-risk Medtronic trial—if a surgeon presents to us or a referring doctor refers to us a 79- or 80-year-old who is low risk, I’ll make the decision not to include that patient in the trial, because we’re really looking for 70-year-olds,” Piazza reported. “This is not about low-risk 80-year-olds, because we already know what their results are going to be.”

Prendergast pointed out that these low-risk trials, in younger patients, will not only answer the question of TAVR’s performance in lower-risk subjects but, after a decade has passed, will also resolve any lingering concerns over durability. However, “the writing is on the wall” for surgical valve replacement, he said. “The community can’t ignore it any longer.”

The problem, Piazza chimed in, is that the community follows guidelines. Physicians were “a little bit surprised” that the recent ESC valve guidelines “weren’t more aggressive with respect to TAVI and its position in the intermediate-risk patient,” he said. “We now have randomized trial data but until the guidelines set forth strong recommendations for TAVI, the community and also the regulatory bodies are going to have a hard time following different physicians’ ideologies.”

Prendergast, however, predicts that TAVR will ultimately be used in 90% of patients and said the only thing stopping its progress today is the surgical community. “Things could have got a bit heated” in the session today, he observed. “But from the clinical and engineering perspective there’s nothing that can get in the way. There will always be some patients who are always going to be best treated by a surgical technique, and you’ll need some with surgical training to do that. But the numbers are going to be tiny.”

New Performance and Quality Metrics for STEMI and NSTEMI Care

Innovation Overload? Too Many Novel Ideas May Be Holding Back Progress in Transcatheter Mitral Valve Technologies

What TAVR Needs Next . . . and What It’s Getting