TCT Mock Election: And the Winner Is... 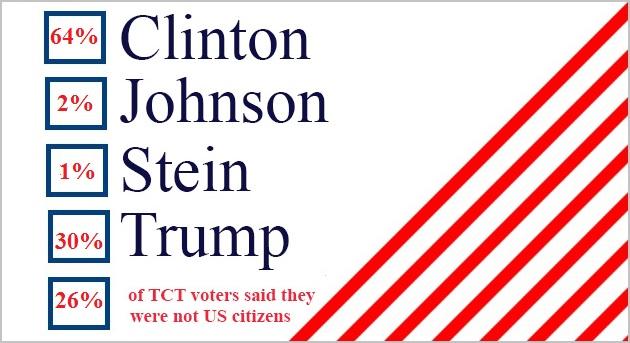 WASHINGTON, DC—In the final lead-up to the US election, Washington, DC, has come down with a severe case of election fever. To get in the spirit during TCT 2016, the TCTMD editorial team staged a mock presidential election over the first 4 days of the meeting.

Ballot boxes were distributed to various locations around the convention center, and attendees were provided with a ballot when they picked up their badge, with extra ballots at the impromptu polling stations. Convention-goers were urged to vote just once, but voting was open to everybody—whether they are US citizens or not.

Voter turnout, however, was dismal. Just 3% of TCT 2016 attendees participated in the mock election.

COLOR: PCI of Lipid-Rich Plaque Not Associated With Increased Risk of Adverse Events