It’s more than a decade ago since the Big Apple banned trans fats. Today, that’s paying off with reductions in MI and stroke, say investigators. 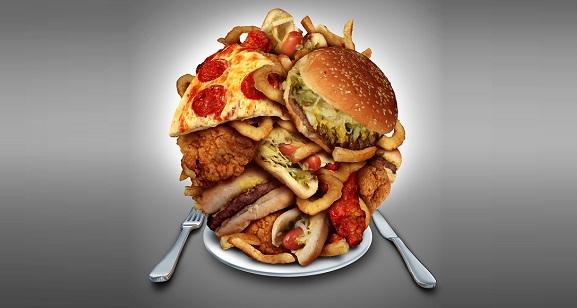 Banning industrial trans-fatty acids, which are found in partially hydrogenated oils used in baked goods, fried foods, potato chips, frozen pizzas, and margarine, was associated with a significant decrease in hospitalizations for cardiovascular events in New York State, a new study has shown.

“We have these bans that were put into place, but nobody has really looked so far at whether they’re making a difference,” lead investigator Eric Brandt, MD (Yale University School of Medicine, New Haven, CT), told TCTMD. “Can we associate them with any changes in cardiovascular disease? One study did look at mortality of the population, but we’re looking at different data from around the same time period. Prior to this, no one had really addressed it.”

The results of the study were published April 12, 2017, in JAMA Cardiology.

In 2006, New York City made headlines around the country when it became the first city to ban artificial trans fats in restaurants and bakeries, a move that was followed by numerous cities across the US, as well as counties within New York State. Some counties, such as Bronx, Kings, New York, Queens, and Richmond, banned trans-fatty acids in 2007, but others, such as Westchester, Nassau, Albany, Suffolk, Rockland, and Broome followed suit in the years that followed.

Previous studies have shown that consumption of trans-fatty acids increases the risk of coronary heart disease and stroke and that even small amounts can be harmful. One study, using mortality data from the Centers for Disease Control and Prevention, previously showed that the trans-fatty acid restriction in New York State was associated with a reduction in deaths from cardiovascular disease.

“As far as industrial trans fats go, which are the majority of trans fats in the diet, there is no known benefit and there is no recommended dietary intake,” said Brandt. “Experts who have done extensive research in the field recommended that complete avoidance may be necessary to avoid any of the associated harmful effects from them.”

In the 3 or more years since the counties enacted restrictions on trans fats, hospital admissions for MI and stroke declined overall, but there was a significant additional decline in hospital admissions in counties with the trans fat ban in place. The reduction was consistent when investigators restricted their analysis to counties with large metropolitan areas and when they excluded New York City from the analysis.

Speaking to the 2018 nationwide FDA restriction on partially hydrogenated oils, Brandt said the ban will be even more comprehensive than the restrictions implemented by New York State since it will include packaged food found in grocery stores. “It will be really interesting to see what happens,” said Brandt. “Our results really suggest that there’s a chance, on a larger population level, to see benefit.”

In 2006, Dariush Mozaffarian, MD (Tufts Friedman School of Nutrition Science and Policy, Boston, MA), attended the New York City Board of Health daylong hearing and spoke in favor of the trans fat ban. At the time, Mozaffarian outlined the detrimental effects of trans fat, such as increasing LDL cholesterol and decreasing HDL cholesterol, increasing inflammation, and damaging endothelial health.

Earlier that year, Mozaffarian, along with senior author Walter Willett, MD (Harvard Medical School, Boston, MA), published a paper noting that nearly eliminating all sources of dietary trans fat would reduce the risk of coronary heart disease by 6% to 19%. Speaking to TCTMD this week, Mozaffarian called the study by Brandt and colleagues “a real-life natural experiment,” showing a benefit that is in line with their earlier predictions when the New York restrictions were first considered.

“This also supports the FDA's recent conclusion to remove trans fats from the ‘GRAS’ list, which should lead to similar health benefits nationally,” he said. While one study alone is not enough to draw strong conclusions, “combined with prior studies of trans fats, this study is a powerful nail in the coffin for industrial trans fats,” said Mozaffarian.

In the current healthcare climate, where there is increased concern over rising premiums, policymakers are unlikely to dramatically decrease costs by merely tinkering within the system, he added. In this context, said Mozaffarian, the current study “highlights the incredible value of effective public health policy.”