The data from a Polish registry raise important questions about health system delays that are relevant to many. 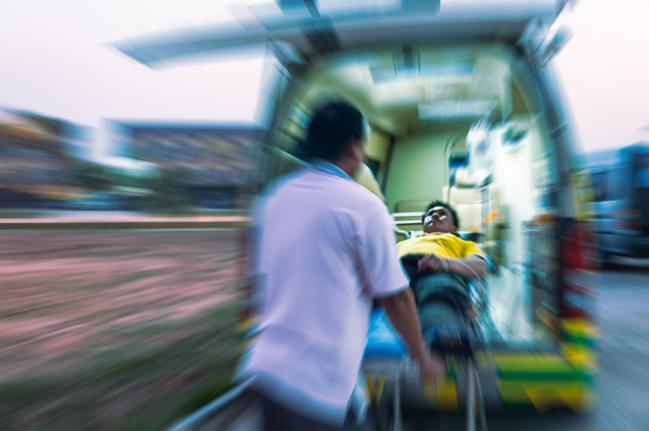 Despite evidence from several large trials showing that patients with STEMI who are taken first to a non-PCI hospital and require transfer have outcomes similar to those directly admitted to a PCI-capable center, a new study showing differences in mortality at 1 year raises questions about gaps in care and what healthcare systems are doing to address them.

The large, nationwide Polish registry study found that direct admission patients had a 1-year mortality rate of 9.6% versus 10.4% for transferred patients (P < 0.001). The findings are in contrast to those of HORIZONS-AMI and DANAMI-2, among others, which have shown equivalent mortality in STEMI patients regardless of whether they required transfer.

In an editorial accompanying the study, which is being published today online ahead of print in JACC: Cardiovascular Interventions, Peter B. Berger, MD (Northwell Health, Great Neck, NY), and colleagues note that it has become clear that time to reperfusion is likely the critical determinant of outcome in STEMI patients. Optimal treatment, they say, requires a regionalized network approach that includes rapid coordination between multiple care teams, including prehospital emergency medical services (EMS), interfacility care, emergency department staff, and cath lab personnel.

In sometimes heated discourse, Berger and colleagues contend that it is a “profound embarrassment that in the US health system (and many other healthcare systems around the world), the time to reperfusion for a STEMI patient in the emergency room of a hospital that does not offer PCI is typically much longer than the time to treatment of a STEMI patient occurring in a sports arena, shopping mall, airport, or virtually any other public place.” They add that the public would likely demand improvement if they understood how poorly many healthcare systems perform with regard to providing STEMI patients with rapid access to reperfusion therapy.

Brahmajee K. Nallamothu, MD, MPH (University of Michigan, Ann Arbor, MI), who was not involved in the study, told TCTMD that although the new data come from outside the United States, they are relevant to ongoing efforts to improve STEMI care around the world. They put a spotlight on the essential question of why some STEMI patients seen by prehospital providers are triaged directly to a PCI-capable hospital while others are not, he said.

The study, led by Kawecki Damian, MD, PhD (Medical University of Silesia, Katowice, Poland), included 39,144 patients admitted directly to a PCI center by EMS or self-transport (ie, family or friends), as well as 30,947 patients who presented first to a non-PCI center and then were transferred.

In propensity-matched analysis, direct admission to a PCI center and shorter symptoms-to-admission time both were predictors of lower 12-month mortality. According to Damian and colleagues, those findings suggest that interhospital transfer and longer time to reperfusion “might contribute independently and additively to higher mortality, most probably via diminished preservation of left ventricular systolic function.” Compared with those who were transferred, patients admitted directly to a PCI center had higher ejection fraction (47.5% vs. 46.3%; P < 0.001).

When in-hospital events were compared, transferred patients also had higher rates of TVR but similar rates of stroke, major bleeding complications, and resuscitated cardiac arrest. At 30 days, in-hospital mortality rates were slightly higher in patients admitted directly to PCI centers. But mortality favored direct admission to a PCI center at 6 and 12 months.

“What I think is fascinating about this paper is the almost paradoxical finding between the in-hospital and long-term mortality rate,” Nallamothu observed. “One of the things that happens that we know from studies of transferred patients is that oftentimes they die while waiting to be transferred, so some of the sickest patients never make it, and there is a selection bias as to who gets transferred. I think that is what we’re seeing reflected in those initial 30-day mortality rates.”

In their editorial, Berger and colleagues argue that transporting STEMI patients to non-PCI hospitals “should become a ‘never event,’ except for rare instances,” such as when a patient is too critically unstable to survive longer transport, or if lifesaving therapy such as PCI is not appropriate due to an advanced directive on the limitation of care.

They further observe that an estimated 90% of Americans live close enough to be treated at a primary PCI center, and that the recognition of a STEMI on ECG should lead to preactivation of the cath laboratory at the receiving hospital such that the staff would be available to perform a PCI within 30 minutes, potentially shaving 30-40 minutes off the total time window a patient spends waiting to be treated.

Berger and colleagues conclude by stressing that many areas of the United States are in need of process improvement in order to optimize STEMI-related outcomes.

Nallamothu agreed, adding that better coordination between EMS and the receiving hospital will help streamline some of the decision-making and cut back on false activations of the cath lab. But he also suggested that everyone involved in the process of providing care to STEMI patients should be heartened by individual stories that show how rapid improvements in care in recent years have helped patients survive.

One such example, he noted, was a woman in her late 30s who had a left-main infarct and was brought in by EMS late one night to his hospital. “Within 10 minutes we had a balloon pump up and we had her left main stented,” Nallamothu said. “That kind of story would have been very difficult to imagine 10 years ago, and now we hear those stories all the time because we’ve made them more ordinary than extraordinary.”

Improvement in STEMI Care Processes Possible on a Large Scale