Despite previous concerns, the transradial approach was not associated with higher contrast use, at least in these experienced operators. 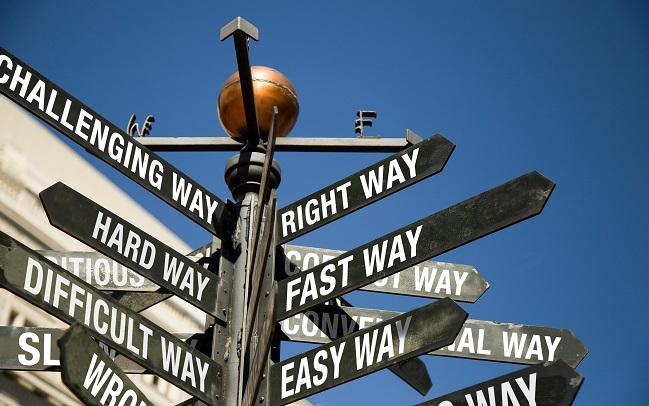 PARIS, France—Opting to treat patients with acute coronary syndromes via the radial artery instead of the femoral artery significantly reduces the risk of acute kidney injury, according to a new analysis of the MATRIX study. The benefit of transradial PCI was evident in all patients, including those at high risk for contrast-induced nephropathy, such as those with reduced creatinine clearance.

Presenting the results at EuroPCR 2017, Bernardo Cortese, MD (Ospedale Fate bene Fratelli, Milan, Italy), said the use of transradial PCI should now be included as part of the “Golden Rules” physicians follow to reduce the risk of contrast-induced acute kidney injury. Still, while the results were positive, he cautioned the trial was conducted with operators accustomed to performing transradial PCI.

“I have to say that these were very experienced operators,” said Cortese. “It’s possible that during the initial phases of the learning curve, the first PCIs and angiographies of ACS patients may be associated with an increased use of contrast media, but in this study there was no difference.”

Known as Acute Kidney Injury (AKI)-MATRIX, the study, say investigators, would likely be broadly applicable to all patients, not just those with ACS, if the operator has sufficient experience performing transradial PCI. This would include patients with complex coronary artery disease, such as those with heavily calcified lesions undergoing elective PCI.

“If you’re an experienced radial operator, you have the feeling, and maybe you’re wrong, that you can do anything with the radial approach,” according to Cortese. Still, strictly speaking, the benefit observed here applies strictly to the ACS population, he said.

The findings were published simultaneously online in the Journal of the American College of Cardiology.

In the AKI-MATRIX study, which included 4,109 patients undergoing transradial PCI and 4,101 treated with conventional transfemoral access, the risk of acute kidney injury was reduced by 13% with the radial approach (15.4% vs 17.4%; P = 0.018). Overall, a 0.5-mg/dL increase in serum creatinine occurred in 4.3% of patients treated via the radial artery and 5.4% of those treated with femoral access, a 23% relative risk reduction. The need for post-PCI dialysis was rare, occurring in six patients treated with radial access and 14 with the femoral approach, a nonsignificant difference.

Speculating on the potential mechanisms of benefit, Cortese noted that because transradial PCI reduces the risk of hemodynamically significant bleeding compared with the transfemoral approach, this might reduce the risk of kidney injury. Additionally, it has been hypothesized that the transradial approach might reduce embolization of atheroma or cholesterol by avoiding catheter manipulation near the radial arteries.

“This may hamper the function of the kidneys,” said Cortese, referring to embolization. “The increased bleeding with the transfemoral approach is associated with a reduction in renal function after angiography, probably related to an impairment in renal perfusion.”

Jacek Legutko, MD (Jagiellonian University Medical College, Krakow, Poland), one of the panel members discussing the results, told TCTMD that there have been concerns amongst operators, particularly those who perform complex PCI, that the radial approach might increase the use of contrast medium, which would increase the risk of acute kidney injury.

“These data from the MATRIX study show exactly the opposite, at least for the ACS population,” said Legutko. “For sure, with the radial approach, there is a learning curve and we usually ask operators to start with simple, elective procedures and switch to the femoral approach if they have a problem. As their experience grows, they’re much more predictable with the outcomes of their procedures.”

The interventional cardiologists participating in MATRIX often performed more than 80% of procedures via the transradial approach. “Of course, this could also influence the results of the femoral group,” said Legutko. “Maybe they’re very good with radial, but not as good with femoral access. This is something we need to investigate.”

Speaking during the session, Clemens von Birgelen, MD, PhD (Thoraxcentrum Twente, Amsterdam, the Netherlands), made a similar point about physician experience with the transfemoral approach, noting that younger operators, those trained in transradial access, might lack relative experience with femoral access. He questioned whether it was possible a lack of femoral experience might have resulted in an increased use of contrast in the transfemoral arm of the trial, which would have impacted the risk of acute kidney injury.

Cortese acknowledged the point, noting that they are currently analyzing the data to determine how experience—including transfemoral experience—affected the results.

In an editorial, Sanjit Jolly, MD, and Ashraf Alazzoni, MD (Hamilton General Hospital, Canada), state that the overall MATRIX results and other studies have made the case for radial first in operators with the requisite experience. Although some have expressed concern that using the radial artery in patients with advanced renal disease increases use of contrast, such concerns were not borne out in this trial.

Despite the benefit of transradial PCI, the high rate of acute kidney injury (15%) in this trial suggests further therapies are needed to prevent the complication, according to Jolly and Alazzoni.

In the MATRIX study, which was first published in the Lancet in 2015, investigators showed that radial-access PCI reduced the risk of death, MI, stroke, and major bleeding compared with transfemoral PCI. Last year at EuroPCR, researchers presented data showing the benefit of transradial PCI extended to all patients with acute coronary syndrome, including individuals with STEMI and NSTE ACS. To TCTMD, Legutko said the use of transradial PCI increased from 40% of cases in 2010 to more than 85% in 2016 in Poland on the strength of the MATRIX data.