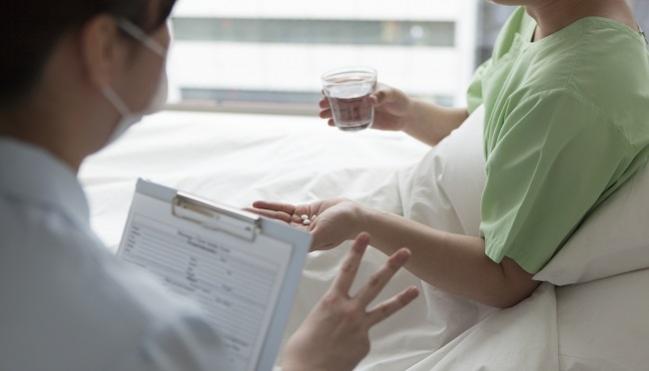 Though recently bolstered by the results of the PIONEER AF-PCI trial, the evidence base on how to manage antithrombotic therapy in patients with A-fib undergoing PCI remains limited and clinical uncertainty abounds. Now, an updated North American consensus document aims to provide some guidance to clinicians wondering what to do with this hard-to-treat population.

Since the last iteration of the document was published in 2011, new evidence regarding the management of antiplatelet and anticoagulant therapies in patients requiring both has emerged in the form of the WOEST and ISAR-TRIPLE trials. PIONEER AF-PCI provides even more information but was released too recently—just 2 weeks ago at the American Heart Association Scientific Sessions—to be incorporated into the new consensus document, which was published online November 1, 2016, ahead of print in Circulation: Cardiovascular Interventions and discussed during a presentation at TCT 2016.

Clinicians have little to go on when deciding how to approach the estimated 5% to 7% of patients in the cath lab who have A-fib or other indications for oral anticoagulation, and guidelines do not have much to say on the subject, according to Dominick Angiolillo, MD, PhD (University of Florida College of Medicine-Jacksonville), lead author of the new statement.

Recent years have seen the approval of four non-vitamin K antagonist oral anticoagulants (NOACs), and combined with several choices of antiplatelet agents—as well as variations in dosing and duration—there are innumerable potential approaches to treating patients with A-fib undergoing PCI.

European experts last updated their consensus document on treating this subgroup in 2014.

The new consensus document provides an overview of embolic/stroke, ischemic/thrombotic, and bleeding risks in these patients, as well as a discussion about developments in antithrombotic therapy, stent technology, and clinical trials, before detailing a pragmatic algorithm for management.

The algorithm takes a step-by-step approach, moving from preprocedural considerations about the appropriateness of PCI and risk stratification to procedural decisions about vascular access and stent selection to postprocedural issues regarding the frequency of monitoring and reassessments of risk.

In terms of antithrombotic management specifically, the authors recommend a washout period to minimize the anticoagulant effect before procedures when possible, although they state that urgent or emergency procedures should not be delayed due to the presence of anticoagulation. They also advise using parenteral agents associated with lower bleeding risks and avoiding more potent therapies.

After PCI, either a vitamin K antagonist or NOAC may be considered, with physician and patient preferences playing a role in the decision, the authors say, noting that oral anticoagulation should be maintained for life. On the other hand, the duration of dual antiplatelet therapy should be minimized, according to the document. When single antiplatelet therapy is initiated, it is preferable to continue on clopidogrel and drop aspirin.

There is an emphasis on bleeding reduction strategies throughout the document.

Angiolillo said that he has received positive feedback since its publication, with clinicians supportive of the practical approach. He said he believes the document will gain acceptance in the clinical community because guidelines contain limited information about how to manage patients with A-fib undergoing PCI.

“We believe that this consensus document provides some guidance to clinicians based on the available data as well as general clinical expertise when addressing these types of patients,” he said, adding, however, that there is still a lot to learn from future studies in this area.

Commenting on the statement for TCTMD, Davide Capodanno, MD (University of Catania, Italy), said in an email, “Since we do not have conclusive data from trials, these recommendations set a meaningful point of reference.”

Angiolillo said the North American document is different from the European version in that a greater emphasis is given to the fact that the recommendations are based largely on expert consensus. “We give some freedom to the interventionalist to consider different durations of antithrombotic therapies without being as rigorous, because we are in an area with very limited data and clinical decision making is very important in this context,” he said. “So what we do is we provide a framework for clinicians to consider when managing these patients.”

Capodanno said both the US and European versions “give guidance but also flexibility when it comes to decide the duration of triple antithrombotic therapy in different clinical scenarios.”

Angiolillo noted that the PIONEER AF-PCI trial will spur updates to the document, which should be coming soon. The results, he said, show the clear safety profile of rivaroxaban (Xarelto; Bayer/Janssen Pharmaceuticals) added to antiplatelet therapy at the doses and combinations studied. Before the trial, there was very limited information on how best to combine a NOAC and antiplatelet therapy, he said.

Capodanno added that PIONEER AF-PCI “challenges the concept of full-dose triple antithrombotic therapy” and “in some way, validates the strategy of combining NOACs and antiplatelets (rather than VKA and antiplatelets), which was already followed by many, at least in Europe.”

He pointed out, however, that even though the trial showed the rivaroxaban-based strategies to be safe, the size of the study precluded definitive conclusions about relative efficacy. “Another problem at present,” he said, “is that the doses of rivaroxaban used in the trial are not currently approved for patients with AF.”

More data should be forthcoming. Two large trials involving NOACs—REDUAL-PCI and AUGUSTUS—are currently enrolling patients, and a third—ENTRUST AF-PCI—is in the planning stage. Several other smaller trials are also in the works.

“This is a moving field, and having this document represents a backbone structure to build upon as we get more data,” Angiolillo said.

Amid Rising Tide of Atherosclerotic CVD, Costs of Treatment Should Spur Policy Makers to Push Prevention