The results are consistent with prior studies showing that more aggressive antiplatelet therapy is not necessarily better, one expert says. 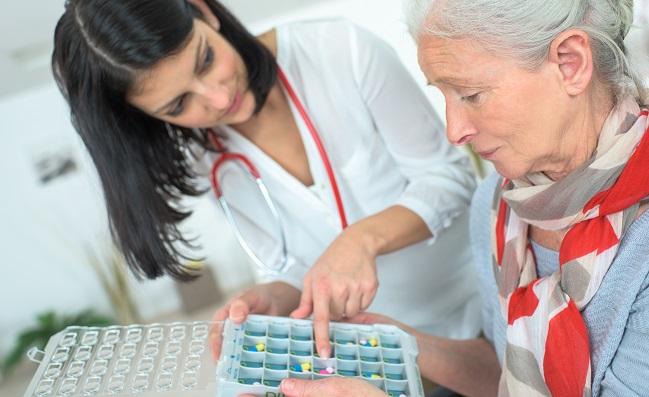 HOUSTON, TX—Combining clopidogrel, aspirin, and dipyridamole does not prevent recurrent ischemic strokes or TIAs and increases bleeding when compared with either clopidogrel alone or aspirin plus dipyridamole, the TARDIS trial shows.

“Are we going to change practice on this? No we’re not,” study author Philip Bath, MD (University of Nottingham, England), said at a press conference at the International Stroke Conference here. “We cannot recommend taking intensive antiplatelets. We should stick to current guidelines.”

Mark Alberts, MD (Hartford Hospital, CT), an American Stroke Association spokesperson, said at the press conference that TARDIS asked an important question and provided a “fairly definitive” answer. “It was a well-done study and the results are consistent with prior studies showing that more blood thinning is not necessarily better,” he said.

He added that clinicians are still “looking for a sweet spot in terms of identifying that subgroup of patients who are at very high risk for recurrent ischemic events . . . and figuring out perhaps how long or how short they need to be treated with more intensive therapy before they get over the hump of being at a high risk of ischemic strokes.”

Ongoing studies, including the POINT trial, will provide some answers in that area, both Alberts and Bath noted.

Building off of prior studies showing that a single antiplatelet therapy is better at reducing recurrent events than no treatment at all and that using two drugs is often better than one, the TARDIS trial, conducted at 106 sites mostly in the United Kingdom, with a handful of centers in Denmark, Georgia, and New Zealand, assessed the utility of triple therapy in patients with acute noncardioembolic ischemic stroke or TIA.

The patients were randomized to triple therapy or one of two guideline-based regimens for 30 days: aspirin plus dipyridamole or clopidogrel alone. The comparator had to be changed in the middle of the trial because of a modification to UK guidelines that gave preferential status to clopidogrel monotherapy, Bath said. All patients received standard evidence-based acute care, rehabilitation, and secondary prevention.

The plan was to include 4,100 patients but the trial was stopped in April 2016 after 3,096 were enrolled (69.2% with ischemic stroke and the rest with TIA) based on a recommendation from the data monitoring committee and a decision by the trial steering committee. The results Bath presented are considered interim because the database has not yet been locked.

The primary efficacy outcome of stroke or TIA recurrence at 90 days was assessed using an ordinal analysis, and the trial shows no difference between treatment groups (adjusted common OR 0.93; 955 CI 0.70-1.23).

Subgroups analyses suggested that triple therapy might be better than guideline-based treatment in patients with milder strokes but worse in those with higher stroke severity. In addition, the comparator was important, in that triple therapy seemed to be superior to aspirin plus dipyridamole but inferior to clopidogrel monotherapy.

The primary safety outcome was ordinal bleeding, and there was an increased likelihood of bleeding with triple therapy (adjusted common OR 2.49; 95% CI 2.00-3.10). The severity of bleeding was also higher in that group. Although there was no difference between trial arms in terms of fatal bleeding, major bleeding and fatal/major intracranial hemorrhage were both more frequent with triple therapy.

The comparator seemed to make a difference for bleeding, as well. Triple therapy increased bleeding across the board, but it seemed to be even worse when compared with aspirin plus dipyridamole rather than clopidogrel.

The “results suggest that the decision on comparator was important,” Bath said, noting, however, that those findings came from subgroup analyses. He added that he and his colleagues are still trying to understand the data, but said that in the meantime, the take-home message is to “stick with the guideline.”