Underweight and Overlooked: Low BMI Patients May Be Highest-Risk Post-PCI

Investigators say people with BMIs of less than 20 should be targeted with more aggressive risk factor management. 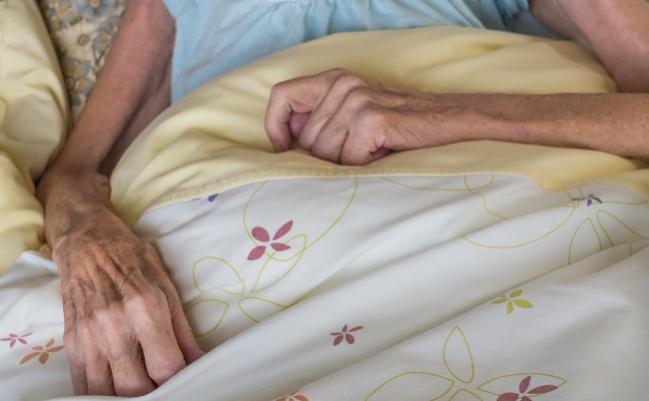 BARCELONA, Spain—Adding a new wrinkle to the so-called obesity paradox, data from more than a million catheterizations in the United States confirm not only that overweight and obese people have better outcomes following PCI, but also that underweight subjects faced higher mortality, longer hospital stays, and higher costs than normal-weight patients.

Afnan Tariq, MD (Lenox Hill Hospital, New York, NY), and colleagues reported the results of their study as a poster here at the European Society of Cardiology Congress 2017.

Numerous studies have shown that higher BMI may play a protective role among patients undergoing PCI, but outcomes are typically compared with normal-weight patients and less is known about outcomes among the “medically underweight,” Tariq told TCTMD. Moreover, while earlier studies have looked at mortality in particular, the current study also looks at hospital readmissions and associated costs.

Investigators also did an analysis using comorbidity data gleaned from the Elixhauser (CHECK) score. With that method, Tariq said, “we actually see how striking the differences really are, because it’s not only that the obese patients do better, but also how much worse the underweight patients do. Underweight patients are five times more likely to die, and that’s something prior studies really didn’t differentiate out. They just looked at normal weight and obese.”

The new study prospectively reviewed 30-day and 6-month readmissions over the course of 1 year for all patients included in the National Readmission Database and Nationwide Inpatient Sample, both all-payer inpatient data sets maintained by the Healthcare Cost and Utilization Project (HCUP). In all, more than 1 million patients underwent left-heart caths in 2013; according to BMI, 0.3% of them were underweight, 11.4% were obese, 8% were morbidly obese. A full 435,434 patients went on to have PCI (25.8% of underweight, 43.2% of normal weight, 41% of overweight, 41% of obese, and 32.5% of morbidly obese patients).

Strikingly, mortality was highest among underweight patients at 6%—significantly higher than that seen in the other groups, including normal weight (2.3%) and morbidly obese patients (1.9%).

Normal-weight patients spent less time in the hospital (5.1 days) than morbidly obese patients (6.2 days), but underweight patients stayed, on average, about twice as long (10.5 days) as any of the other groups. They were also almost twice as likely to be readmitted to the hospital within 30 days, a finding that correlated with high hospital costs, which reached nearly $35,000 in this group as compared with $20,000-25,000 in the other weight groups.

Part of this speaks to the burden of other diseases and risk factors seen in the lowest-rate group, Tariq told TCTMD. For example, Elixhauser scores were higher in the underweight group than in any other group. But according to Tariq, interventionalists are not typically thinking of these patients as being high-risk for PCI.

“The message is, don’t ignore your underweight populations,” he said. “We are always targeting the obese: be more active, go to the gym.” In underweight patients, the message needs to be different, he said, and physicians need to remember to screen for risk factors with the same degree of rigor typically reserved for obese patients. Others, he noted, have highlighted smoking as a particularly important risk-factor in low-weight patients.

He pointed to the fact that just one-quarter of the underweight patients went on to have PCI after catheterization, as compared with one-third of the morbidly obese patients and 40% of the overweight and obese patients. Yet despite lower rates of PCI—thus, less obstructive coronary disease—underweight patients still faced much higher odds of dying during their index admission.

“There must be some other relationship that explains this,” Tariq said, which underscores for additional studies in the overlooked group.

During an afternoon press conference, Tariq provided an important detail: whereas men made up the majority of patients in most of the weight groups studied, women were predominant in the underweight group. The observation feeds into prior biases that coronary heart disease disproportionately affects men more than women.

While strides have been made in recent years to address this misconception, it may be still be the case that a physician confronted with an overweight male patient is more likely to recommend aggressive risk factor control than he or she would in an underweight female patient, Tariq said.

But commenting on the study for TCTMD, Josepa Mauri Ferre, MD (Institut Català de la Salut, Barcelona, Spain) pointed to an important shortcoming of the analysis, namely, that it did not explore the reasons for the cardiac catheterization referral, which could in part explain differences in outcomes between groups. “The message should not be that to be obese is good,” she said.

Impact of BMI on Clinical Outcomes and Readmissions After Cardiac Catheterization