“There’s no question this can save people who would otherwise not be alive,” so long as the decision to proceed is a careful one, an expert says. 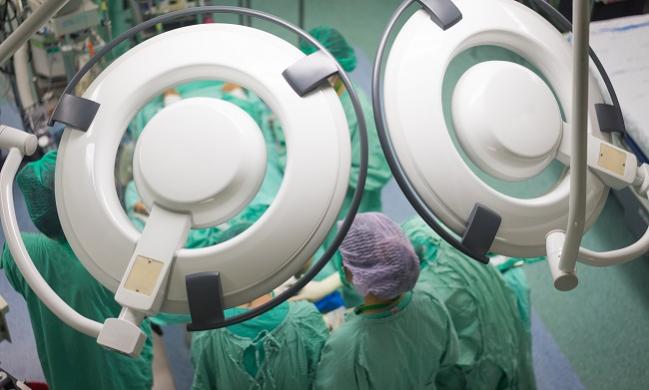 ORLANDO, FL—A new registry analysis is shining a light on a patient group that has slipped under the radar in other studies: patients with decompensated severe aortic stenosis (AS) who need to undergo urgent/emergent transcatheter aortic valve replacement.

Not surprisingly, these patients fare worse than those treated electively, with higher mortality at 30 days and 1 year, according to data pulled from the Society of Thoracic Surgeons/American College of Cardiology (STS/ACC) TVT Registry. Yet these cases were far from rare, accounting for one in 10 procedures over a 6-year period. Importantly, with careful patient selection, TAVR may benefit those who have few if any other options, experts say.

The findings were presented last week as a moderated poster at the ACC 2018 Scientific Session and simultaneously published online in JACC: Cardiovascular Interventions.

“Patients with severe AS should be carefully monitored and ideally, TAVR performed as an elective procedure. However, urgent/emergent TAVR is feasible with acceptable outcomes and may be a reasonable option in a selected group of patients with decompensated severe AS,” lead author Dhaval Kolte, MD, PhD, and senior author J. Dawn Abbott, MD (Brown University, Providence, RI), told TCTMD in a joint email.

Worth mentioning, they said, is that the study didn’t directly compare the various treatment options—TAVR, surgical aortic valve replacement (SAVR), and balloon aortic valvuloplasty (BAV)—for patients with decompensated severe AS.

As a general trend, though, “TAVR is becoming a more viable option than SAVR in patients with severe AS,” Kolte and Abbott reported. With BAV, “long-term survival is poor with a high occurrence of valvular restenosis,” they said, noting that “BAV as a bridge to TAVR exposes patients to multiple procedures and the associated complications.”

There’s no question this can save people who would otherwise not be alive. But you have to make the right decisions to launch the process. James B. McClurken

What’s key in decision-making here is a collaborative yet efficient approach, stressed James B. McClurken, MD (Doylestown Hospital, Doylestown, PA), citing the need for a “SWAT team” that can deliberate how to proceed in these often fast-moving cases.

“If you are going to consider urgent/emergent [TAVR], you really have to have the team input. . . . You can’t all sit around scratching your heads about it for a week. You have to make a decision yea or nay, you’re going ahead or not. It requires a very substantial infrastructure [with a] team to be able to make the proper decisions on the right patients,” said McClurken, who was not involved in the study.

Kolte and Abbott took a similar stance. Certain characteristics, like oxygen-dependent lung disease, immunocompromised status, and mitral stenosis, were associated with higher 1-year mortality in the study, they said. “The risks and benefits of TAVR, especially as an urgent/emergent procedure, should be carefully weighed in patients with these comorbidities. However, the decision about whether urgent/emergent TAVR should or shouldn't be performed needs to be individualized and must include shared decision-making between the patient/family and the heart team.”

Among the urgent/emergent patients, the prevalence of diabetes, renal failure, moderate-to-severe chronic obstructive pulmonary disease, oxygen-dependent lung disease, heart failure, A-fib/flutter, and conduction defect all were higher. These patients also were more likely to have prior stroke or MI than were the elective TAVR patients, or to have previously had surgical or transcatheter aortic valve replacement. The median STS PROM score was 11.8 in the urgent/emergent group and 6.1 in the elective group (P < 0.001).

Device success was less common in urgent/emergent versus elective cases (92.6% vs 93.7%; P = 0.007), which also were more likely to involve use of mechanical circulatory support, cardiopulmonary bypass, and transapical/transaortic access site.

By far, though, most outcomes were similar between groups; these included major/life-threatening bleeding, major vascular complications, MI, stroke, new permanent pacemaker, conversion to surgical aortic valve replacement, and paravalvular regurgitation. However, patients in the urgent/emergent TAVR group were more likely to develop acute kidney injury or have a new need for dialysis than were those in the elective group (8.2% vs 4.2%; P < 0.001), though this difference disappeared after adjustment for baseline characteristics. They also had higher mortality at 30 days and 1 year.

In the urgent/emergent group, independent predictors of mortality were oxygen-dependent lung disease, A-fib/flutter, use of cardiopulmonary bypass, and nonfemoral access site. Balloon-expandable valves were linked to lower mortality for these patients compared with self-expanding valves, possibly because the latter take longer to implant and deploy, the study authors suggest.

The fact that rates of device success were “clinically similar” for both types of TAVR is “quite surprising and demonstrates how facile operators have become in performing this procedure, even in very sick patients,” Kolte and Abbott said. Also surprising to them was that the in-hospital mortality rate of 6.1% in the urgent/emergent group was lower than had been predicted by the TVT Registry model.

The researchers attributed the observed differences in kidney damage not to the procedure itself but rather to the worse clinical profile of urgent/emergent TAVR patients. Still, they said there are preventive measures that can be taken; for example, contrast load can be reduced by using 3-D transesophageal echo for annulus sizing and IVUS for assessing the iliofemoral vessels. Additionally, it’s important to use transfemoral access as “the first choice when feasible in patients requiring urgent/emergent TAVR,” they said.

McClurken pointed out that another recent paper, published a few years ago in EuroIntervention, took a look at the implications of urgent/emergent TAVR. Results were similar between the two studies, though slightly better for the urgent/emergent group in the TVT Registry, perhaps because the US researchers used more stringent exclusion criteria, he said.

“It is an interesting arena, because many places historically didn’t do emergent cases or urgent cases,” McClurken observed.

One challenge is that some patients arrive off-hours, when the hospital’s usual heart team may not be there in full. In these instances, an “ad hoc heart-team approach” could be used to pull together the patient’s database quickly and decide on a treatment plan that dovetails with the patient’s own “goals and wishes,” McClurken advised. “This includes assessments particularly for dementia, advanced renal disease, supplemental oxygen-requiring lung disease, and extreme frailty, all of which are strong markers for poor outcomes.”

As for when to hit pause and not to do TAVR, he specified that caution should be applied in cases where, based on the risk factors noted above, you already expect bad outcomes.

“There’s no question this can save people who would otherwise not be alive. But you have to make the right decisions to launch the process,” he said, adding that a full understanding of the individual patient’s profile is needed. “Sometimes in the heat of an emergent scenario, there is the potential to miss things. You want to err on the side of benefiting the patient, but you also don’t want to do something that’s inappropriate.”

2 years ago
I was not really having a problem breathing at first. My throat was burning; I thought I had strep throat. I had pain in my neck, and there was swelling around my collar bone. The first doctor I went to said he did not know why there was swelling. He gave me antibiotics and told me that if the swelling was not better to come back in two weeks. I went back in two weeks and he said he did not know what was wrong. Since I do not have insurance, I went to a hospital emergency room, and they said I have COPD, I lost touch with reality. January 2018 I started on the COPD natural herbal formula we ordered from GREEN HOUSE HERBAL CLINIC, We spoke to few people who used the treatment here in the United States and they all gave a positive response, my symptoms totally declined over a 7 weeks use of the Green House COPD disease natural herbal formula. I am now almost 70 and doing very well, the disease is totally reversed! (Visit their website www . Greenhouseherbalclinic . com) I am thankful to nature, herbs are truly gift from God. i breath much better and feel comfortable doing so, I will keep sharing more awareness!!!

By Michael O'Riordan
On Record

On Record: Tough TAVR? Patient Selection and Procedure Planning in the Spotlight