The recent DAPT-focused documents diverge slightly when it comes to details on antiplatelet choice and how to gauge bleeding risk. 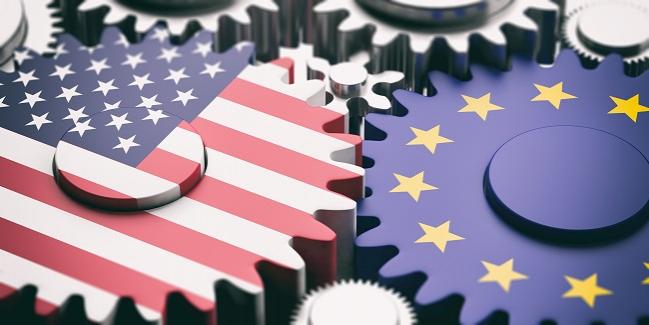 A comprehensive review of dual antiplatelet therapy (DAPT) guidelines on both sides of the Atlantic has found more common ground than disparity, likely because the US and European updates each incorporated the latest randomized data.

“By putting the document together, we found that on the two sides of the pond, actually there are more similarities than differences,” senior study author Dominick Angiolillo, MD, PhD (University of Florida College of Medicine, Jacksonville), told TCTMD. The best approach to DAPT, he said, is a “highly debated topic which we encounter every day in our clinical practice.”

Across the spectrum cardiovascular disease, “decision-making of DAPT prescribers is confronted with a number of challenges that essentially include, but are not limited to, selecting the P2Y12 inhibitor and determining the optimal duration of DAPT with the scope of minimizing the risk of ischemic and bleeding complications in light of each patient’s clinical characteristic and circumstance,” the researchers note.

But until recently, DAPT received only a “subchapter or a brief mention in the guidelines for the management of patients presenting with NSTE ACS, STEMI, or stable CAD, and those undergoing myocardial revascularization or noncardiac surgery,” they write. This changed with the “large amount of data and new information generated in the field over the past few years” that enabled dedicated DAPT guidelines.

Putting the Focus on DAPT

The main differences between the focused update recommendations—put out in 2016 by the American College of Cardiology/American Heart Association (ACC/AHA) and in 2017 by the European Society of Cardiology (ESC)—are due to the tendency of European experts to “be a little more exhaustive in certain therapeutic areas” than their American counterparts, Angiolillo explained. For example, the ESC guidelines give more exact guidance on antiplatelet choice and duration across the board than do the US recommendations. Also, the European update places more focus on identifying patients at high bleeding risk.

Another major difference between Europe and the US is that the ESC tends to update their guidelines more promptly than the ACC/AHA, which in turn generally lends them to be more up-to-date, Angiolillo said. It’s not a more liberal approach to guideline publishing, he clarified, but “perhaps they approach certain topics where there's less availability of evidence-based recommendations. . . . The US guidelines tend to be a bit more silent in areas where there's less evidence.”

This type of comparison report is important because physicians tend to practice by what their region’s guidelines tell them, and not all American and European providers are necessarily aware of what is being advised elsewhere. However, Angiolillo said that knowing that the ESC tends to update its guidelines more frequently allows him to gauge his practice every so often by what the Europeans are doing and not rely on the US guidelines alone.

The guideline review document, with Davide Capodanno, MD, PhD (University of Catania, Italy) as lead author, was published online today ahead of the December 11, 2018, issue of the Journal of the American College of Cardiology.

Quality of Anticoagulation Therapy Lower in Black Patients With A-fib

Bruises and Bumps: How Cardiology Meetings Survived the End of Direct Industry Sponsorship in Europe