USPSTF: Counseling on Diet and Exercise Helpful but Not Mandatory for CVD Prevention 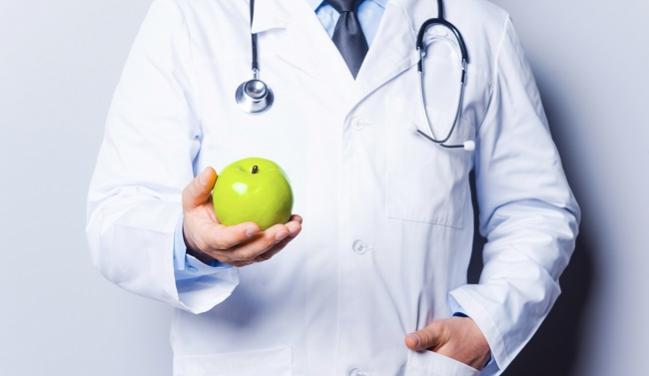 The US Preventative Services Task Force (USPSTF) is again taking on the issue of whether behavioral counseling to promote a healthful diet and physical activity can help prevent cardiovascular disease in individuals without risk factors or known CVD. In short, they say, there’s probably no harm in trying, though there is no need to incorporate these interventions into routine care of all adults.

The advice is at odds with that of the American Heart Association (AHA), which advises diet and behavior counselling for everyone.

Both the USPSTF’s draft recommendation statement and an accompanying evidence review on the topic are up for public comment online until January 2, 2017. These update a 2012 version by including an additional 38 trials on top of 50 from the earlier review, and they come to the same conclusion as before.

For nonobese adults without hypertension, dyslipidemia, abnormal blood glucose, or diabetes, primary care professionals should make decisions to offer or refer behavioral counseling on an individual basis, the USPSTF advises. In this low-risk population, the benefit in terms of preventing CVD is “positive but small,” they say, ranking their recommendation as grade C.

However, the USPSTF document points out: “Individuals who are interested and ready to make behavioral changes may be most likely to benefit from behavioral counseling.”

At Odds with the AHA

Rita Redberg, MD (University of California, San Francisco), who commented on the draft recommendations for TCTMD, took issue with the USPSTF’s equivocal stance. “It’s a good idea to recommend counseling for everyone, because I think everyone benefits from having a healthful diet and regular physical activity. There is really no downside. . . .Why not counsel everyone?”

With public health interventions in a large population such as this one, she added, even small changes can add up to big differences nationwide.

The USPSTF recommendations, however, depend heavily on published data and are “very evidence-based,” Redberg observed, so their position is not surprising.

In their report, the USPSTF acknowledges their case-by-case strategy is at odds with that of the AHA, which says that counseling “should be offered to all patients.” As summarized by the USPSTF, a 2010 AHA scientific statement says clinicians should promote better eating and more activity to their patients via “a combination of two or more of the following strategies: setting specific, proximal goals; providing feedback on progress; providing strategies for self-monitoring; establishing a plan for frequency and duration of follow-up; using motivational interviews; and building self-efficacy.”

While most physicians “endorse” a routine approach to such counseling, Redberg said, “I don’t think that actually happens.” Obstacles include time constraints and lack of reimbursement in the primary care setting.

She also cited a “self-fulfilling prophesy,” in that physicians believe their patients won’t listen so they don’t bother nudging them in the first place. “I don’t think it’s true. I think people can [change], and doctors do play a special role,” Redberg commented. “It’s different when your doctor tells you to eat a heart-healthy diet or get regular exercise than when a friend or a spouse or someone else tells you.”

For their 2016 report, the USPSTF looked at data from 88 trials reported in 145 publications.

Acknowledging that the focus was “relatively narrow”—homing in on patients without CVD risk factors or known CVD—its authors conclude that interventions targeted at improving diet and increasing activity have “resulted in consistent modest benefits across a variety of important intermediate health outcomes, including blood pressure, low-density lipoprotein, and total cholesterol levels as well as adiposity, with evidence of a dose-response effect with higher intensity interventions inferring greater improvements.”

In terms of actual changes in behavior, gains were “small to moderate,” they say.

“Very limited evidence exists on health outcomes or harmful effects of these interventions,” the review authors conclude. “The improvements we saw, however, in intermediate and behavioral health outcomes could translate into long-term reduction in CVD-related events, with minimal to no harms, if such changes were maintained over time.”

The US Presidential Election Rhetoric: Not the America I Know