Roughly one-quarter of those who go back to work subsequently leave employment and begin receiving social benefits. 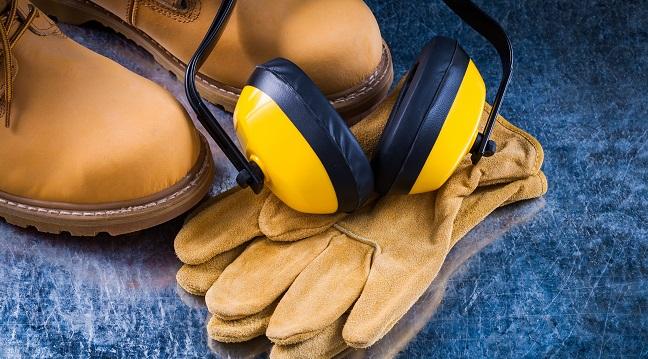 Roughly nine in every 10 employed individuals who have an MI will return to work in the year after discharge, according to a Danish study, but many will ultimately have to leave their jobs.

Among working-age people who regained employment after their MI, 24.2% subsequently became “detached,” meaning that they stopped working and started receiving social benefits within a year of rejoining the workforce, lead author Laerke Smedegaard, MD (Herlev Gentofte Hospital, Hellerup, Denmark), and colleagues report in a study published online October 4, 2017, ahead of print in the Journal of the American Heart Association.

The youngest and oldest patients, those with comorbidities, and those with less education and lower income were most likely to become detached.

“It’s important that we are aware that even though these patients returned to work they are still at an increased risk of being detached,” Smedegaard told TCTMD. She suggested that cardiac rehabilitation programs should include multidisciplinary strategies involving psychologists or social workers to address issues that may be hampering a patient’s ability to work.

Indeed, cardiac rehab can play a key role in getting patients back in the workforce, according to Gordon Huggins, MD (Tufts Medical Center, Boston, MA), who was not involved in the study.

“Cardiac rehab is—in my clinical experience—an excellent way to help people return to work because [it] can effectively demonstrate to people what they can do and what they can’t do and help to demonstrate to them whether [it is] safe to return to work,” Huggins told TCTMD, estimating that only 20% to 30% of eligible patients take advantage of such programs. “Underutilization of cardiac rehab can, in my opinion, contribute to barriers to returning to work.”

If it is safe for them to return to work, they tend to be happier and financially more stable. Gordon Huggins

Huggins said that he counsels his patients to become employed again after an MI whenever possible because working has both psychological and economic benefits. Many patients don’t realize, he added, that long-term disability benefits may fall short of meeting their financial needs.

“If it is safe for them to return to work, they tend to be happier and financially more stable,” he said. This issue “is an important one that we sometimes don’t focus enough of our thoughts on because it can have a really significant impact on somebody’s financial status and family status and social status.”

Prior studies have found that 57% to 90% of patients return to work within a year of having an MI, but Smedegaard said those figures don’t tell the whole story. Conversations with patients revealed that many were taking extended sick leaves even after regaining employment.

To explore the issue, the investigators examined Danish national registry data on working-age people (ages 30 to 65) who were discharged after a first-time MI between 1997 and 2012. Of 22,394 patients who were employed before the event, 91.1% started working again in the year after discharge. However, many had to leave their jobs again, with a higher rate of detachment seen in the post-MI cohort than in the general employed population of Denmark (24.2% vs 8.6%).

The likelihood of detachment was elevated in patients ages 60 to 65 (OR 1.84; 95% CI 1.71-1.99) and ages 30 to 39 (OR 1.26; 95% CI 1.06-1.48) when compared with those in their 50s. When asked about the higher rate in younger patients, Smedegaard said the reasons are unclear but pointed out that compared with their older counterparts, they tend to smoke more frequently and have a higher body mass index, which could come into play. The psychological impact of having an MI might be greater in the younger cohort, too. And finally, she said, employers might be more likely to make accommodations for long-term workers, who generally would be older.

“This result is, however, alarming because the youngest group of patients has many more potential years left on the labor market and since unemployment is an individual risk factor for poor quality of life and subsequent depression, this again entails a worsened prognosis,” the investigators write.

“While our work largely confirms prior knowledge about return to work after MI, the notion that post-MI patients frequently become detached from employment shortly after re-employment is new,” Smedegaard et al write.

“While rehabilitation strategies generally focus on elderly and vulnerable cases, younger and more resourceful patients (eg, patients who are employed) may not be invited or may decline or drop out from such programs,” they say. “Thus, our novel findings on a nationwide level suggest that a rehabilitation strategy with focus on employment maintenance is warranted, in particular for patients aged 30 to 39 years and those of lower socioeconomic status who showed a disconcerting trend for becoming detached from employment.”

Switching to E-Cigarettes From Tobacco Could Drastically Curb Premature Death

Cardiac Rehab: No Impact on Quality of Life for Acute MI Patients?