Changing protocols and technologies led to a “striking reduction” in radiation dose in one nuclear cardiology lab network. 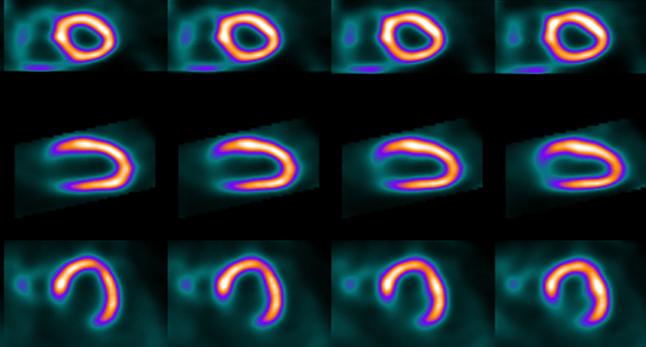 In their letter, which was released to coincide with a presentation at the International Conference on Nuclear Cardiology and Cardiac CT in Vienna, Austria, the researchers call the improvement in radiation dose “striking.”

“Most patients in the last 5 years received < 3 mSv, one-third of [the] median target dose set by the American Society of Nuclear Cardiology,” they say. “In contrast, most patients (58%) in our laboratories in 2009 received > 9 mSv. These results were achieved despite a high prevalence of obesity.”

Since fall 2012, low-dose, stress-only imaging has been used for more than two-thirds of MPI studies, the authors report.

“The data presented here demonstrate that adoption of widely available hardware and software options, and implementation of stress-first/stress-only protocols are practical in real-world daily practice and can result in very low radiation exposures for SPECT MPI,” they say.