Patients also faced a high likelihood of becoming symptomatic and developing an indication for intervention while waiting. 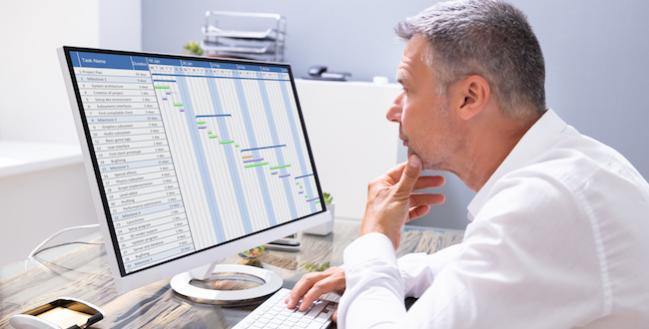 Under a conservative treatment strategy, 5% of patients with asymptomatic severe aortic stenosis (AS) will die each year and nearly 20% will develop an indication for valve intervention during the period of “watchful waiting,” a new meta-analysis suggests.

Over a median follow-up of 5 years, early surgical intervention was associated with a lower rate of all-cause mortality compared with less-aggressive care (HR 0.38; 95% CI 0.25-0.58).

“While it has been argued that many patients do not develop an indication for intervention and that the risk of death is low during conservative treatment, the results of the current meta-analysis suggest otherwise,” Brigitta Gahl, PhD (University of Bern, Switzerland), and colleagues write in the study published online last week in JAMA Cardiology. The add that “ongoing randomized clinical trials are required to substantiate the role of early intervention in patients with asymptomatic severe AS.”

Philippe Généreux, MD (Morristown Medical Center, NJ), who heads one of the ongoing RCTs, EARLY TAVR, said the issue of whether to intervene early with surgery or TAVR in asymptomatic patients “is the most important question this century” in the field of valve disease. “We need to answer this question because patients are waiting,” he added.

“The benefit of early intervention, in my opinion, is obvious based on these retrospective data [from the meta-analysis], but we do need well-powered, randomized trials to clear this question,” Généreux said.

Potential to Save Lives

Gahl and colleagues performed three separate meta-analyses looking at natural history of AS, early intervention versus a conservative strategy, and association of prognostic indicators with the composite of death or intervention. A total of 29 studies and over 4,000 patients were included in the analysis.

For every 100 conservatively treated patients, all-cause death occurred in roughly five per year, cardiac death in three, heart failure in two, and sudden death in one. Similarly, an indication for aortic valve intervention occurred in 18 of every 100 conservatively treated patients per year, while 18.5 became symptomatic and 19 underwent aortic valve interventions.

The findings are similar to those of the 145-patient RECOVERY trial, which showed that nearly three-quarters of those initially randomized to conservative treatment became symptomatic and underwent surgical AVR or TAVR, with a median time from randomization to intervention of 700 days. RECOVERY also found that those initially randomized to intervention were much less likely to die of cardiovascular causes than those randomized to watchful waiting (1% vs 15%; HR 0.09; 95% CI 0.01-0.67); their all-cause mortality also was lower (7% vs 21%; HR 0.33; 95% CI 0.12-0.90).

Similarly, the CURRENT AS registry found that early surgery resulted in lower rates of all-cause death and hospitalization for heart failure over 5 years compared with an initial conservative treatment, even when 41% of patients in the conservative group crossed over to surgery during follow-up.

However, Gahl and colleagues point out that patients who went on to have intervention in these studies “are inherently a selected group with a better prognosis because the highest-risk patients may have died within the early follow-up period.”

To TCTMD, Généreux said the ongoing RCTs of early versus delayed intervention will answer important questions about the natural history of AS and help physicians get a handle on the trajectory of the conversion from asymptomatic to symptomatic status.

“For me,” he said, “the most important question will be: what is the natural evolution of the patients that we follow at 1, 2, and 3 years compared with those in whom we intervene early?” Although some studies have suggested that certain patients may do well longer than others without treatment, Généreux said decisions about who can wait need to be based on high-quality evidence. Some of the current supporting evidence for waiting, he added, may be tainted by loss to follow-up or patients becoming so sick they couldn’t be treated.

In addition to EARLY TAVR, which Généreux said is “well advanced in enrollment,” there is also EVoLVeD, which is randomizing asymptomatic AS patients to early surgical intervention, TAVR, or routine care with a mean follow-up of 2.75 years.

“I think EARLY TAVR and similar trials will lead to a class I indication for some patients,” Généreux predicted. “Absolutely they will improve the quality and the level of evidence, and potentially substantiate a change in guidelines.”

Early Surgery Beats a Conservative Approach in Asymptomatic AS: RECOVERY

Asymptomatic Aortic Stenosis: The Next Frontier for TAVR?