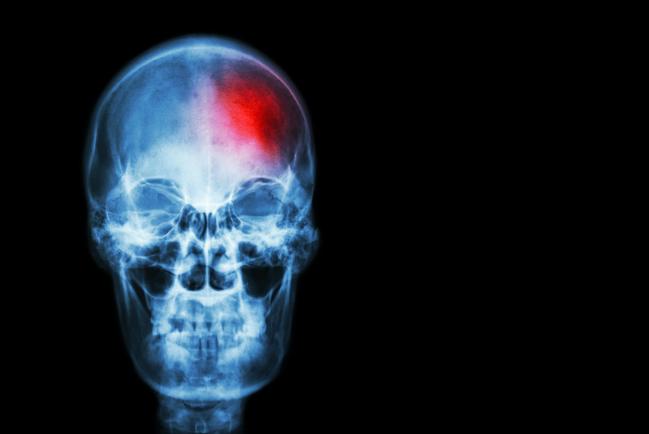 In one study, patients implanted with Watchman in the months following the March 2015 approval by the US Food and Drug Administration (FDA) had a pericardial tamponade rate of about 1%, with procedure-related mortality seen in less than 0.1%, David Holmes Jr, MD (Mayo Clinic, Rochester, MN), reported here at TCT 2016, noting that about half of operators were new to the procedure.

And in the other study of the Amulet device, a postmarket registry following European approval, the overall rate of device- and procedure-related major adverse events was 2.7%, with rates of death, stroke, and pericardial effusion of 0.5% or less, reported David Hildick-Smith, MD (Royal Sussex Brighton Hospital, England).

“Both studies show that the acute safety of the procedure is better than seen in previous trials of Watchman and limited data for the Amulet device,” she said. She noted that the two analyses were quite different in design, but said “in aggregate, the data from both studies do show that both LAA closure devices are indeed safe.”

Saw added that the reduction in complication rates compared with earlier studies should translate into better clinical outcomes over the intermediate and long term, as well. “These are very, very encouraging data,” she said.

Speaking at the end of the late-breaking clinical trial session where the results were presented, TCT Course Director Martin Leon, MD (NewYork-Presbyterian/Columbia University Medical Center, New York, NY), said, “These two presentations give us further evidence that this field is expanding, but in a very deliberate and disciplined way, [and] I think you can anticipate over the next 5 years that there’s going to be very robust growth. . . . I think we can assume that left atrial appendage closure is alive and well.”

A condition of FDA approval of the Watchman device (Boston Scientific) was the creation of a postmarket registry, which was ultimately launched in December 2015 and certified by the Centers for Medicare & Medicaid Services in August 2016. However, patients started receiving the device immediately after approval.

Holmes presented data collected from the patients who were treated after approval but before the registry starting enrolling. The findings were published simultaneously online in the Journal of the American College of Cardiology, with Vivek Reddy, MD (Icahn School of Medicine at Mount Sinai, New York, NY), as the lead author.

The analysis included 3,822 consecutive patients who were implanted between March 2015 and May 2016 by 382 physicians at 169 US centers. All procedures were performed in the presence of a trained Watchman clinical specialist, and half were done by newly trained operators. Procedural details were recorded on standardized forms.

Implantation success was 95.6%. Median length of the procedure was 50 minutes, and the median number of devices used was 1.38. Those figures are all comparable to those observed in prior studies of the device.

In terms of complications, pericardial tamponade occurred in 1.02%. In three cases, it resulted in death (0.078%). Procedure-related stroke was seen in three patients and device embolization in 0.24%. Within the first 7 days, there was one additional death not related to tamponade.

Hildick-Smith presented initial results from the Amplatzer Amulet Postmarket Study, which enrolled 1,073 patients between June 2015 and September 2016 at 64 sites in Europe, the Middle East, Asia, Australia, and South America; 711 patients completed the initial follow-up visit at 1 to 3 months.

In addition to the low rates of death, stroke, and pericardial effusion, only one case of embolization was observed. There were 10 bleeds (0.9%), mostly related to the access site, Hildick-Smith said. The overall rate of complications compared well with prior studies of the Watchman device, which is “extremely good news for the therapy as a whole,” he said.

Much Room for Improvement?

Although lower is always better for complication rates, it will be difficult to improve upon the excellent results seen in these two studies, Saw commented.

She said the most remarkable finding was that the pericardial effusion rate was 0.5% to 1% in these two analyses, which is substantially lower than the nearly 5% rate seen in the PROTECT AF trial of Watchman.

“I think that it’s very difficult to go below that level, that benchmark level,” she said. “That shows that with training and overcoming some of that learning curve that we can achieve good low periprocedural complication rates.”

Any further reductions will likely be marginal, she added. “We’re reaching more of the mature phase of this device technology now based on what we see from these results.”

TCT Mock Election: And the Winner Is...