The good news: healthy behavior can offset “bad” genes. But for those dealt a good genetic hand, don’t expect that to offset bad habits. 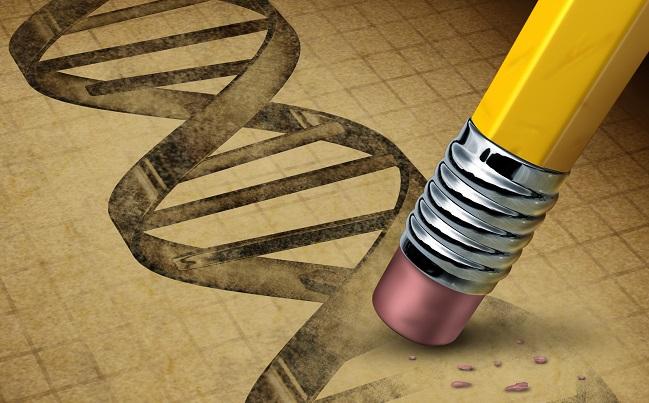 The study, with Kathiresan as senior author and Amit Khera, MD (Massachusetts General Hospital), as first author, was published simultaneously in the New England Journal of Medicine.

The Good and The Bad of Genes and Lifestyle

Researchers used their previously developed “polygenic score”—derived from a combination of 50 genetic polymorphisms—to quantify the genetic risk of coronary artery disease across four cohorts. These were the Atherosclerosis Risk in Communities (ARIC) study, the Women’s Genome Health Study, the Malmo Diet and Cancer Study, and the BioImage study (patients in whom both genotype and covariate data were available), for a total of 55,685 subjects. A “healthy lifestyle score” was then applied to the same participants, derived from information on current smoking, weight, physical activity, and diet. Those with a score of 3 or 4 (with one point each for not smoking, not being obese, being physically active at least 1 day per week, and eating a healthy diet) were deemed to follow a favorable lifestyle.

Confirming the validity of the polygenic score, the risk of incident coronary events was 91% higher among subjects in the highest quintile as compared with those in the lowest. Likewise, subjects with a lifestyle score of 3 or 4 also had a substantially lower risk for coronary events than those with a score of zero or 1.

But in the striking finding that Kathiresan described as “new insights,” investigators showed that healthy behaviors appear to have a profound effect in mitigating genetic risk. Indeed, across all levels of genetic risk, a favorable lifestyle appeared to cut the likelihood of coronary events roughly in half. So for patients at high genetic risk, those engaging in a healthy lifestyle saw their risk fall by 46%, a finding seen across cohorts. In ARIC, for example, the standardized 10-year incidence of coronary events for those at the highest genetic risk level was 10.7% but fell to 5.1% among those with the highest scores for healthy behavior. Among subjects in the BioImage cohort, a favorable lifestyle was also associated with significantly less coronary artery calcification within each genetic risk category.

DNA Does Not Mean Destiny

“Many people equate DNA with destiny,” Kathiresan told TCTMD, “that they don’t have control if it is DNA-based risk. The question was, if you are at high genetic risk for heart attack, can we offset that risk by being ideal in terms of lifestyle? And the answer is a firm yes.”

The polygenic risk score used in the study is not (yet) commercially available, Kathiresan told TCTMD. But the point of the new paper, he added, is that people do not need a genetic score to know whether or not they should be adopting a healthy lifestyle. “Everybody should practice a good lifestyle,” he said.

“It really helps inform the important discussion between the patient who says, ‘I have a bad family history’ and the clinician, who can turn to the patient and remind him or her what Elliot Joslin said 90 years ago, which is, ‘Genetics loads the gun, but environment pulls the trigger.’ In other words, you can do a lot about your genetics with lifestyle alone. It may not be enough in a number of cases, but you certainly can make a start and a contribution. And it should be where you start and not just an afterthought.”