The annual American College of Cardiology Scientific Sessions heads back to the nation’s capital, promising big trials and hard answers. 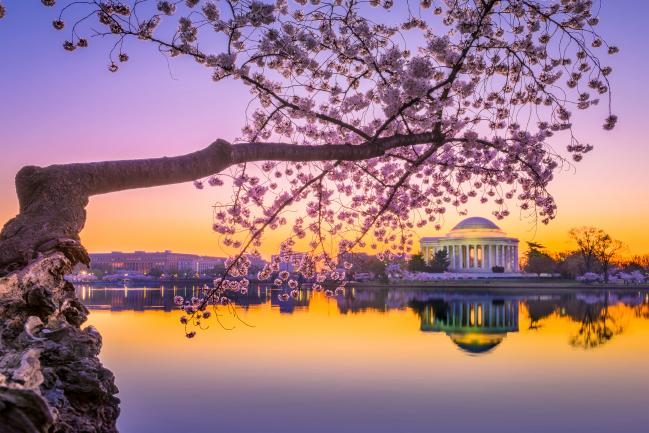 Returning to their own backyard again this year, the American College of Cardiology (ACC) 2017 Scientific Sessions kick off next Friday with high hopes of giving the world some headlines to compete with other news coming out of the nation’s capital. Among the hot-ticket items on this year’s roster are a large, cardiovascular outcomes trial for a market-approved PCSK9 inhibitor, a randomized comparison of a non-vitamin K antagonist oral anticoagulant (NOAC) against aspirin in acute coronary syndromes, and 2-year outcomes from ABSORB III, the pivotal randomized trial that led to US approval of the first bioresorbable scaffold in 2016.

According to the ACC 2017 program chairs, who spoke with media via a telebriefing last week, this year’s conference attracted over 2,600 abstracts, of which 114 were late-breaking clinical trial (LBCT) submissions. A full 23 of these were selected as late breakers, and an additional 17 submissions are grouped in the featured clinical research sessions. There are a total of five LBCT sessions and three featured clinical research sessions distributed throughout the 3-day congress, which runs from Friday, March 17, through Sunday, March 19.

Chief among those is shaping up to be FOURIER, the 27,500-patient cardiovascular outcomes trial testing the PCSK9 inhibitor evolocumab on top of statin therapy against statins alone for the prevention of cardiovascular death, nonfatal MI, nonfatal stroke, hospitalization for angina, or coronary revascularization. As previously reported by TCTMD, the company announced in February that the trial had met its primary and secondary endpoints, but full details on those will be released in the opening LBCT session at ACC.

“This is undoubtedly going to be a widely noted study and has the potential to be truly game changing,” Kuvin said

Fleshing out Friday’s opening LBCT session are the SPIRE I and II results looking at cardiovascular outcomes with a second PCSK9 inhibitor, bococizumab. These trials were stopped early in late 2016 after trial monitors noticed an “unanticipated attenuation” of LDL cholesterol lowering over time combined with an increase in immunogenicity and injection-site reactions.

The third trial in what the ACC has dubbed its “opening showcase” is SURTAVI, the pivotal trial testing the CoreValve transcatheter valve (Medtronic) in intermediate-risk patients with severe symptomatic aortic stenosis. The trial, which was initially launched outside the United States and then extended to include US patients, is anticipated to pave the way for an expanded US Food and Drug Administration (FDA)-approved indication later this year.

During the telebriefing, Kuvin highlighted EBBINGHAUS, a cognitive function substudy from FOURIER, as well as two NOAC studies in that session. The first of these, EINSTEIN CHOICE, is looking at rivaroxaban versus aspirin for extended treatment of venous thromboembolism, while the second, GEMINI-ACS-1, is comparing rivaroxaban and aspirin on top of P2Y12 inhibition for patients post-ACS.

ACC 2017 Vice Chair Andrew Kates, MD (Washington University in St. Louis, MO), also speaking on the media telebriefing, took over from Kuvin to list some of the highlights of the remaining two LBCT sessions. Topping Kates’ list was ABSORB III. When the primary results of the study were released in 2015, the Absorb BVS (Abbott Vascular) was noninferior to DES at 1 year, Kates noted, adding that several—“but not all”—studies have pointed to an increased rate of scaffold thrombosis with the bioresorbable device after 1 year. “What we’re excited about at ACC 17 is we’ll be hearing the interval data between years 1 and 2 [as well as the] the 2-year data in this session,” Kates said, adding, “Certainly it’s going to be important data that we’re looking forward to hearing.”

Kates highlighted a number of other key trials throughout the program. These included LEVO-CTS looking at the use of levosimendan in patients with LV systolic dysfunction undergoing cardiovascular surgery with cardiopulmonary bypass, part of Sunday’s LBCT IV session co-hosted by JACC and the New England Journal of Medicine. Also in LBCT IV, Kates noted, is a trial testing a cerebral protection device during cardiac surgery.

“While using embolic protection devices is safe and does capture embolic material,” Kates said, “it’s really not clear whether these devices really do anything to prevent strokes, or if they may reduce cognitive decline after surgery. This is certainly a very important topic that we all care about.”

Finally, from LBCT V, Kates highlighted two heart rhythm studies, RE-CIRCUIT and ARISTOTLE. The first is looking at a relatively new drug, dabigatran (Pradaxa, Boehringer Ingelheim), used without interruption during ablation for atrial fibrillation. The second is looking at an old drug, digoxin, in A-fib patients with and without heart failure.

For Interventionalists: TAVR and FFR/iFR

Interventionalists attending ACC 2017 will find plenty of other late breakers relevant to their subspecialty. Updates from transcatheter valve studies are dotted throughout the LBCT and featured clinical research sessions, including, in LBCT IV, an MRI analysis of microbleeds during TAVR and two studies looking at subclinical leaflet thrombosis in surgical and transcatheter valve prostheses. Saturday’s featured clinical research session is focused on interventions and comparisons of SAVR and TAVR; transcatheter valve replacement for native versus failed surgical bioprostheses; and TAVR for bicuspid versus tricuspid valve disease. The same session also has a presentation addressing 1-year outcomes with the MitraClip (Abbott) in the US following FDA approval.

Coronary disease is also front and center, particularly in LBCT IV. This session includes a trial of culprit lesion versus complete revascularization in STEMI, plus two randomized trials of fractional flow reserve (FFR) versus instantaneous wave-free ratio (iFR): DEFINE-FLAIR and iFR-SWEDEHEART. These two large CV outcomes trials will determine how the physiologic information provided by iFR compares with the usefulness of FFR in guiding treatment.

Beyond the late breakers and featured research, this year’s ACC has 11 “learning pathways” including one on “special topics” spanning everything from malpractice minefields to public reporting. There are also seven keynote lectures, including one by Janet S. Wright, MD, executive director of the joint Centers for Disease Control/Centers for Medicare & Medicaid Services’ Million Hearts initiative, now perilously close to its deadline of preventing 1 million heart attacks and strokes by the end of 2017. Another keynote will be delivered by NEJM Editor-in-Chief Jeffrey Drazen, MD, speaking on data sharing in clinical trials. Drazen famously penned a controversial editorial in the journal poking holes in the Open Data proposal set forth in draft form by the International Committee of Medical Journal Editors and referring to the risk of “research parasites,” a position he revised in a second editorial days later.

The entire TCTMD editorial team—Caitlin Cox, Yael Maxwell, Laura McKeown, Todd Neale, Michael O’Riordan, and me, Shelley Wood, will be on the ground at ACC 2017. Follow us on Twitter for breaking news and find our in-depth stories on our conference coverage page.