The criteria are “little better than a coin flip” for singling out the patients at highest risk, one expert says. 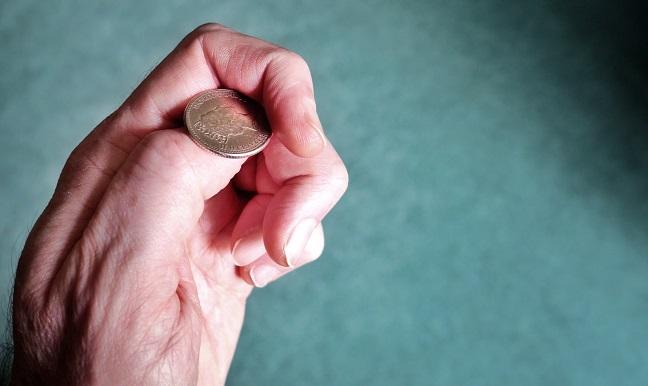 In an analysis of patients with a history of atherosclerosis in the Second Manifestations of Arterial Disease (SMART) study and Reduction of Atherothrombosis for Continued Health (REACH) registry, the C-statistic for identifying very high-risk patients using the ACC/AHA criteria was 0.54 and 0.55, respectively.

“Translating that for clinical readers, 0.5 would be like flipping a coin,” Deepak Bhatt, MD (Brigham and Women’s Hospital, Boston, MA), one of the study investigators, told TCTMD. “It’s a little bit better than flipping a coin, but it’s not a lot better.”

Identifying these very high-risk patients, which was defined as a 10-year risk for recurrent cardiovascular events ≥ 30%, is important as physicians can consider more intensive lifestyle interventions or further LDL-lowering therapies, such as the novel yet expensive PCSK9 inhibitors, according to the investigators.

For their study published March 28, 2017, in the European Heart Journal, the researchers, led by Johanneke van den Berg, MD (University Medical Center, Utrecht, the Netherlands), included 7,216 participants in the SMART study with a history or recent diagnosis of atherosclerotic arterial disease. In addition, they included 48,322 patients with a history of atherosclerosis participating in the REACH registry.

In both SMART and REACH, the incidence of recurrent events was significantly higher among patients at very high risk than in those not meeting the ACC/AHA criteria. Overall, the highest incidence of recurrent events was observed in patients with an estimated glomerular filtration rate (eGFR) less than 45 mL/min/1.73m2 and in those with polyvascular disease.

Even these risk factors—polyvascular disease, age greater than 70 years, and kidney disease—didn’t “perform spectacularly either,” said Bhatt. “I think the real message is that it’s challenging to identify patients who are very high risk, even though both these cohorts, REACH and SMART, had a lot of very-high-risk patients as assessed by the actual event rates,” he said. “The ability at baseline to predict who would go on to have events is really rather modest.”

To TCTMD, Bhatt said that despite the limited ability of the ACC/AHA very-high-risk criteria to predict recurrent clinical events, the criteria at least force clinicians to think about risk when prescribing and monitoring medical therapy. While smoking status, diabetes, dyslipidemia, and coronary disease progression might be on a physician’s radar, clinicians might overlook kidney function and polyvascular disease, particularly peripheral vascular disease, as risk factors, he said.

All Patients With CVD Get a High-Intensity Statin

Sanjay Kaul, MD (Cedars Sinai Medical Center, Los Angeles, CA), said the very-high-risk designation for patients with established cardiovascular disease is no longer used in the 2013 ACC/AHA clinical guidelines for the treatment of elevated cholesterol. For patients with atherosclerotic cardiovascular disease, the guidelines recommend high-intensity statin therapy for all, while the very-high-risk designation is a holdover from the National Cholesterol Education Program Adult Treatment Panel (NCEP ATP) III, which had recommended such patients be treated to an LDL cholesterol target of less than 70 mg/dL.

That said, the study addresses a common scenario, Kaul commented. “For people with established cardiovascular disease, not all of them are at high risk for recurrent events,” he told TCTMD. “There’s variation in the frequency of recurrence.”

As the researchers pointed out, vascular patients at the highest risk might benefit from additional therapy, including treatment with the expensive PCSK9 inhibitors evolocumab (Repatha, Amgen) and alirocumab (Praluent, Regeneron/Sanofi).

In March, the large cardiovascular morbidity and mortality FOURIER trial showed that treatment with the evolocumab resulted in a 15% relative reduction in clinical events when added to statin therapy in patients with stable atherosclerotic disease. Kaul said he would be interested to learn how many patients in the trial would be classified as being at very high risk for recurrent events—regardless of the criteria used—and the treatment effect in this group of patients.

“If the treatment effect was large, much better than the disappointing 15% relative risk reduction we saw, then you could make a case that the cost would not be so prohibitive,” said Kaul. “I would say, though, without a mortality advantage, it is difficult to accept $14,000 per year for a therapy. It would have to reduce the absolute risk by at least 3% to 4% per year—30% to 40% risk reduction—for me to consider the price of PCSK9s as acceptable.”

Regarding the inability of the very-high-risk criteria to accurately discriminate risk, Kaul noted the ACC/AHA standards were primarily directed for use in patients without established cardiovascular disease, the primary-prevention population. With SMART and REACH, the researchers attempted to test the criteria’s ability to identify those at highest risk within two secondary prevention cohorts.

The EU Versus US Lipid Guideline Debate: It’s the Gap That Matters, Experts Say