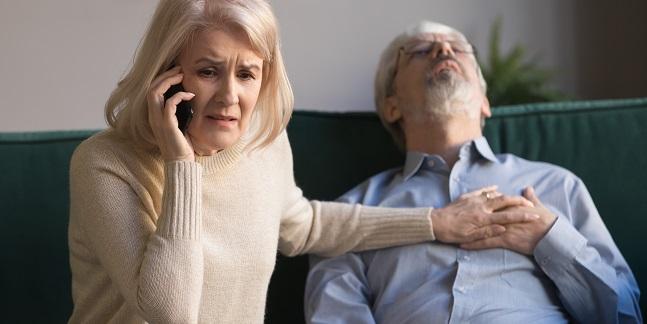 Confirming other global reports, data from six US states show a decline in acute MI hospitalizations during the early COVID-19 period followed by a steady—if modest—increase in April/May, but what’s even more striking is the clear signal of worse outcomes during the later period.

“Results of this cross-sectional study appear to validate previous concerns that large numbers of patients with AMI initially avoided hospitalization during the COVID-19 pandemic, likely out of fear of contracting SARS-CoV-2,” they conclude. “Hospitalization rates for AMI have begun to increase, but so has the risk of in-hospital mortality.”

As previously reported by TCTMD, hospitals around the world have reported steep drops in admissions for heart attacks and stroke, leading to public health campaigns reminding patients that stay-at-home orders do not mean ignoring life-threatening symptoms. Experts are warning of an uptick in severe late presentations as well as sudden cardiac arrests as a result of treatment delays, with an increase in heart failure and arrhythmias expected over the longer term. According to Gluckman, the aim of the study was to see whether similar “missing STEMI” patterns were being seen in the Providence St. Joseph Health system.

If so, he continued, “could we glean anything from the large data set that we had to better understand: were these patients uniquely different from what we saw prior to the pandemic? Yes or no, were they being treated differently and what were their outcomes?”

The paper was published online today ahead of print in JAMA Cardiology.

Gluckman and colleagues retrospectively analyzed all acute MI hospitalizations between December 30, 2018, and May 16, 2020, breaking them into the pre-COVID era, the early stage of the pandemic (February 23-March 28, 2020), and the later stage of the pandemic (March 29-May 15, 2020). In-hospital mortality rates were tallied as observed/expected ratios and risk-adjusted across the three periods.

As other jurisdictions have reported, the early period was characterized by a marked fall in acute MI admissions, down by 19 cases per week and reaching a nadir at 5 weeks before beginning to climb again, but at a rate of 10.5 cases per week. “So we did replicate an abrupt drop in cases of AMI hospitalization that was seen in Europe and [elsewhere] in the United States,” Gluckman said. “We've begun to see cases return, but they're not back to our baseline and the rate of return was about half as fast as it was going down.”

Importantly, Gluckman and colleagues could not identify any major patient-related factors or differences in treatment approaches during the COVID-19 period as compared with the time before.

“We did note, however, that cases during the COVID-19 period were 1 to 3 years younger, they had a shorter length of stay, and they were more likely to be discharged to home,” Gluckman told TCTMD. That begs several key questions. Were older patients less likely to seek help because they knew they were at higher risk for severe illness if they caught COVID-19 at the hospital? Were patients discharged faster due to lack of beds? Were more patients sent home than to care facilities because of concerns about outbreaks in these types of facilities? “That's speculation,” Gluckman acknowledged. “There are a number of potential reasons and we don't yet have the ability to sort that out.”

The most notable finding, he continued, was a higher observed/expected mortality ratio that started to climb during the earlier period compared to baseline ratios (1.27; 95% CI, 1.07-1.48) and was even more marked in STEMI patients (1.96; 95% CI, 1.22-2.70). For STEMI patients, the increase in observed/expected mortality was significantly higher during the later versus early periods. 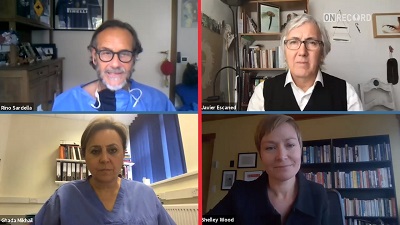 That, in turn, prompts a host of other questions, said Gluckman. “The argument is that any delay by patients or by [emergency medical services], potentially related to the donning of [personal protective equipment] in the emergency department or in the cardiac cath laboratory, may have played a role in a time-sensitive condition like STEMI,” he said. “The other thing that we didn't have the ability to assess, and this will be the source of further investigation, was whether delayed reperfusion may have resulted in heart failure, shock, or mechanical complications that may have engendered a sicker, more at-risk patient population in that later time period, so that those who did survive their MI are now presenting later with complications of that MI and thus higher mortality rates in that population in particular.”

What’s not known, he added is how much active COVID-19 infections may have played a role in worsening patient outcomes; however, if the virus was playing a more direct role, he posited, that likely would have had an impact on both non-STEMI and STEMI patients, something that wasn’t seen in these numbers.

All of these issues Gluckman hopes can be fleshed out in further analyses. For now, he said, the Providence Health System has endorsed the “stop medical distancing” campaign, Gluckman said, which “strongly recommends” social distancing but urges patients not to distance themselves from their doctors if they need help.

New Guidance on Use of Diabetes Drugs for CVD Risk Reduction: ACC Experts

The Mystery of the Missing STEMIs During the COVID-19 Pandemic