The PERT Consortium is developing a tool that’s informed both by consensus opinion and the limited, though existing, evidence base. 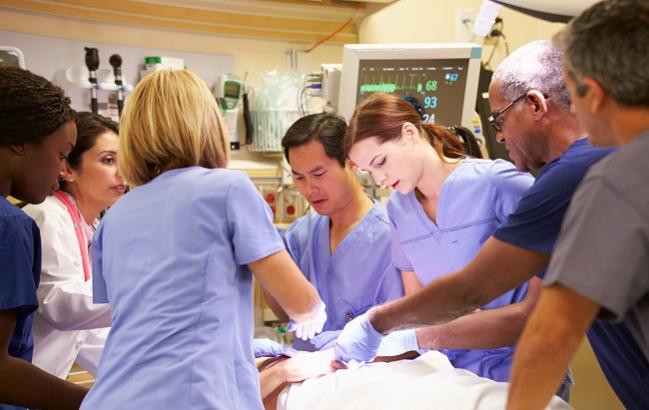 HOLLYWOOD, FL—Management of pulmonary embolism (PE) continues to rely more on common sense and less on firm evidence, but one expert hopes to address the evidence gap with the help of a still-in-the-works treatment algorithm.

US and European guidelines for PE are useful but, as in other areas, lag beyond what’s possible in the field, he observed. By design, these society-produced recommendations must be based on high-quality data.

For the patient with massive PE who is crashing or hemodynamically unstable, hypotensive, and otherwise very sick, care is less controversial; these patients typically respond to systemic lytic therapy based on the PEITHO data, Rosenfield told TCTMD. The exact dose and timing of therapy are uncertain, but the algorithm will aim to pin it down as much as possible, he said. It will also reflect the complex choices to be made among current options, including extracorporeal membrane oxygenation (ECMO) and improved surgical interventions.

Being able to provide hemodynamic support in the emergency department or interventional suite “has opened up the possibility that patients with massive PE might not necessarily get systemic lytic therapy, which was the only therapy before,” but instead undergo embolectomy or receive catheter-directed lytic or aspiration therapy, Rosenfield suggested. Options may include the FlowTriever device (Inari Medical), the EKOS ultrasound thrombolysis catheter (BTG International), or the Indigo aspiration system (Penumbra), currently under study in the EXTRACT-PE trial.

“Any prior algorithm with massive PE did not really include those possibilities, because they’re not evidence-based yet, formally, and they’re not randomized, certainly. But the availability of these new technologies and the availability of ECMO to support patients does sort of change the game a little,” Rosenfield said, adding that the fast-moving field is part of what makes gathering evidence so difficult. Also challenging is that patients run the gamut from very young and healthy to elderly and frail, with a mix of inpatient and outpatient presentation.

If you put together a multidisciplinary team that responds in a rapid way to a patient who’s actively experiencing symptoms of PE, that you can come to a good consensus with checks and balances. Kenneth Rosenfield

Rosenfield said “the whole concept of PERT is that if you put together a multidisciplinary team that responds in a rapid way to a patient who’s actively experiencing symptoms of PE, that you can come to a good consensus with checks and balances and eliminate some of the variation you see without [this coordinated] approach.”

Existing risk scores are important in informing care, as well, but the ability “to delineate better which patients are really sick and which ones aren’t” still needs refinement, he stressed. Factors to consider include heart rate, blood pressure, respiratory rate, oxygen levels during physical activity, and how patients fare over the first few hours of treatment.

Over 100 institutions—with more than 1,500 physicians participating—now belong to the PERT Consortium, said Rosenfield, who pointed out that membership is now free. The group also has started a quality-assurance database and holds an annual meeting.

For now, there are several things that practitioners can agree on when it comes to PE management, he told the ISET audience: immediate therapeutic anticoagulation for all patients unless contraindicated, systemic lysis for massive PE with acute decompensation, and advanced therapy for high-risk intermediate PE in which anticoagulation has failed or in cases of “clot in transit.”