ADAPT-TAVR: Edoxaban No Better Than DAPT After TAVI

It’s not time to abandon DOACs in the post-TAVI setting, say experts, who urge further studies.

WASHINGTON, DC—In another negative result for a direct oral anticoagulant in the post-TAVI setting, edoxaban (Savaysa; Daiichi Sankyo) did not have an advantage over dual antiplatelet therapy (DAPT) when it came to subclinical leaflet thrombosis or neurological or neurocognitive outcomes in the ADAPT-TAVR trial.

Among patients without an indication for anticoagulation, the proportion with CT-detected subclinical leaflet thrombosis was numerically lower in the edoxaban group, but the difference wasn’t significant (9.8% vs 18.4%; risk ratio 0.53; 95% CI 0.26-1.09). 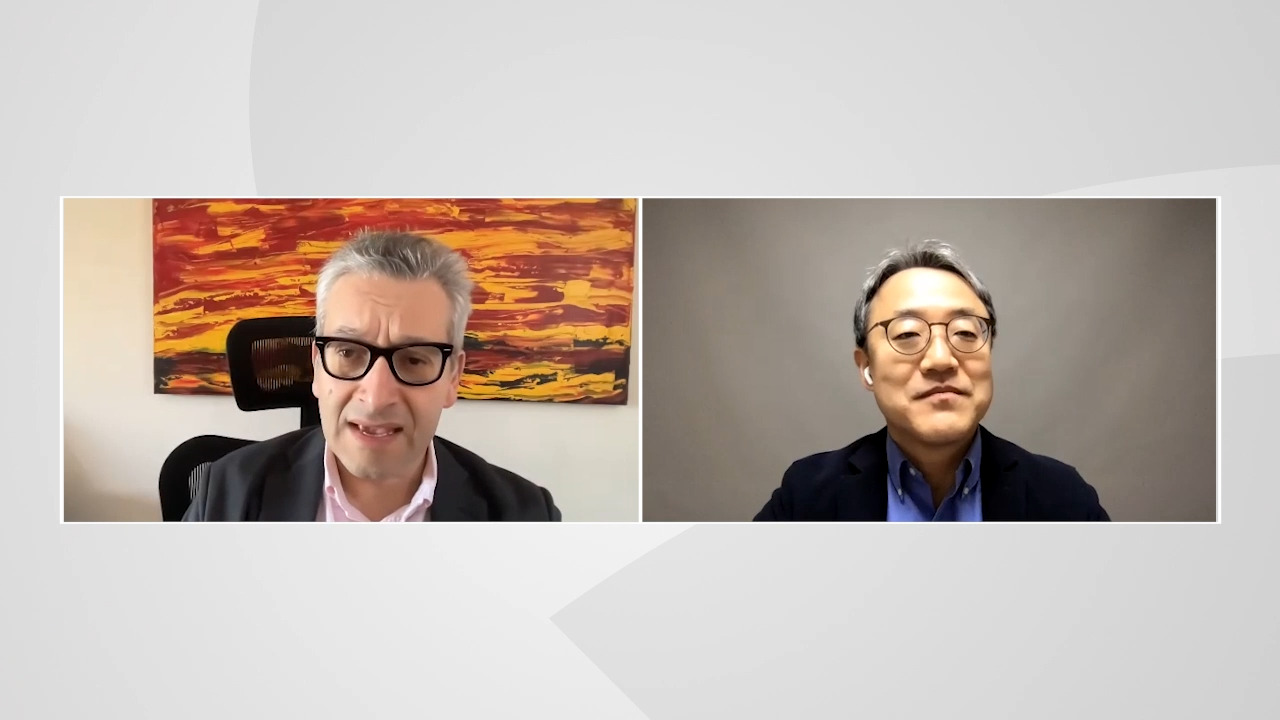 Most prior studies have shown that subclinical leaflet thrombosis after TAVI is lessened in patients treated with DOACs, but that hasn’t been accompanied by reductions in cerebral or ischemic events and has been associated with more major bleeding, Park noted during a panel discussion after his presentation.

“I think it should be recognized [that] subclinical leaflet thrombosis has not been proven to affect relevant clinical outcomes” and thus the finding shouldn’t be used to guide the antithrombotic strategy after the procedure, he said.

Commenting on the findings at a press briefing, Megan Coylewright, MD (Erlanger Health System, Chattanooga, TN), editor of ACC’s CardioSmart initiative, indicated that the results of the trial are helpful when thinking about post-TAVI care. “Oftentimes when studies are negative, we’re disappointed. In this case, I think we’re pleased that the study is negative because it suggests that we do not have to expose our patients who undergo transcatheter aortic valve replacement to anticoagulation for benefit,” she said.

Coylewright noted that the current standard in the United States for post-TAVI antithrombotic therapy is aspirin monotherapy, with the field moving away from DAPT to lessen bleeding risk.

Subclinical leaflet thrombosis is relatively common after TAVI, and use of oral anticoagulation has been shown to reduce it. It remains unclear, however, whether subclinical leaflet thrombosis is causally related to clinical outcomes and whether giving patients anticoagulation will reduce cerebral thromboembolism and neurological or neurocognitive dysfunction possibly related to the imaging finding.

Trials of other DOACs have not shown a clinical benefit in the post-TAVI population. GALILEO, which included patients without an indication for oral anticoagulation, showed that rivaroxaban (Xarelto; Bayer/Janssen) reduced leaflet problems but increased the risk of death or thromboembolic events versus antiplatelet therapy. And ATLANTIS revealed that apixaban (Eliquis; Bristol Myers Squibb) was no better than standard-of-care antithrombotic therapy, regardless of whether there was an indication for anticoagulation. Edoxaban was studied in patients with a need for oral anticoagulation in ENVISAGE-TAVI AF, though the results were disappointing.

ADAPT-TAVR, conducted at five centers in Korea, Taiwan, and Hong Kong, tested edoxaban in patients without an indication for anticoagulation. The trial included 229 patients (mean age 80.1 years; 41.9% men) who underwent successful TAVI for symptomatic severe aortic stenosis. They were randomized to edoxaban 60 or 30 mg once daily or to DAPT with aspirin and clopidogrel. Most patients in the edoxaban arm (61.3%) received the lower dose because they met one of the standard dose-reduction criteria (moderate/severe renal impairment, low body weight, or concomitant use of P-glycoprotein inhibitors). Patients underwent four-dimensional cardiac CT at 6 months, and serial brain MRI and neurological/neurocognitive assessments at baseline and 6 months.

Overall, the mean STS score was 3.3%. Procedural and echocardiographic characteristics were well-matched between the two groups, with most patients (90%) receiving a balloon-expandable valve.

Though the incidence of leaflet thrombosis at 6 months was not significantly lower in the edoxaban arm in the intention-to-treat analysis, the difference favoring the DOAC reached significance in a per protocol analysis that focused on patients with high compliance to the assigned treatment (9.1% vs 19.1%; risk ratio 0.48; 95% CI 0.23-0.99). That secondary analysis, Park said, should be interpreted with caution.

A variety of secondary endpoints failed to show a difference between trial arms. That included the rate of reduced leaflet motion grade ≥ 3; the presence, number, and volume of new cerebral lesions on brain MRI; and the change over 6 months in multiple neurological/neurocognitive evaluations—NIHSS, modified Rankin Scale, and the Montreal Cognitive Assessment.

The severity of hypoattenuated leaflet thickening, Park reported, did not correlate with either the extent of new cerebral lesions or the change in neurological/neurocognitive function.

Rates of various clinical and safety endpoints—including mortality, stroke, MI, systemic thromboembolic events, and rehospitalization—were comparable in the two trial arms. Of note, edoxaban did not increase overall bleeding relative to DAPT (11.7% vs 12.7%; HR 0.93; 95% CI 0.44-1.96), contrasting with prior trials of DOACs in the post-TAVI setting. To explain the finding, Park pointed to both the lack of statistical power and the fact that most patients received the lower dose of edoxaban.

Not Time to Abandon DOACs After TAVI

According to George Dangas, MD, PhD (Icahn School of Medicine at Mount Sinai, New York), one of the principal investigators of the GALILEO trial involving use of rivaroxaban after TAVI, it’s not time to give up on studying DOACs after the transcatheter procedure.

In particular, ADAPT-TAVR opens up the possibility of using short-term DOAC therapy while the valve is endothelializing and then stopping it. “That could have a longer-term benefit with respect to improved or enhanced valve durability,” Dangas speculated. Pointing to the lack of an increase in bleeding with edoxaban in this study, he said the trial indicates that it’s possible to find a patient population in which short-term DOAC therapy is safe and potentially beneficial.

Future trials would have to test this concept, and it would probably be a good idea to use less than full doses of anticoagulants, as received by most patients in ADAPT-TAVR, in patients without another indication for the therapy, Dangas said.

Overall, he commented about the trial, “it doesn’t change anything immediately, but I think it opens up experimentation with short-term anticoagulation after TAVI.”

Roxana Mehran, MD (Icahn School of Medicine at Mount Sinai), agreed that DOACs should not be abandoned in this setting just yet. The findings of ADAPT-TAVR regarding subclinical leaflet thrombosis hinted at a benefit with edoxaban, so it should be reevaluated in another trial, Mehran told TCTMD, indicating that it’s challenging to study this issue because prior research has shown that leaflet thickening comes and goes over time and the best way to examine it isn’t clear.

“I’m just so glad that people aren’t giving up on TAVR pharmacology,” she said. “It’s really, really important to understand what’s the optimal treatment for these patients. And I don’t think one size fits all. It’s very similar to what we’re learning in the PCI space.”

ATLANTIS: Apixaban Has No Benefit Over Standard of Care Post-TAVI

Antiplatelet and Anticoagulation After TMVR and TAVR: Considerations and Recommendations

DAPT and Anticoagulation Post TAVR: What is the Standard of Care?