ATLANTIS: Apixaban Has No Benefit Over Standard of Care Post-TAVI

Future research needs to consider the longer-term impact of thrombus and whether certain patient subsets could benefit.

Giving apixaban after TAVI is not superior to standard-of-care antithrombotic treatment with respect to net clinical benefit, regardless of whether patients have an indication for oral anticoagulation, according to the randomized ATLANTIS trial.

“We cannot conclude that apixaban can be a default strategy in these all-comer patients,” said  Jean-Philippe Collet, MD (Pitié-Salpêtrière Hospital, Paris, France), who presented the findings today in a late-breaking clinical trial session at the American College of Cardiology 2021 Scientific Session. “Given its ease of use, the good safety profile of the drug, and the lack of difference versus VKAs [vitamin K antagonists], this could be a third-choice therapy in those patients who have an indication for oral anticoagulation other than TAVI itself,” he told TCTMD. 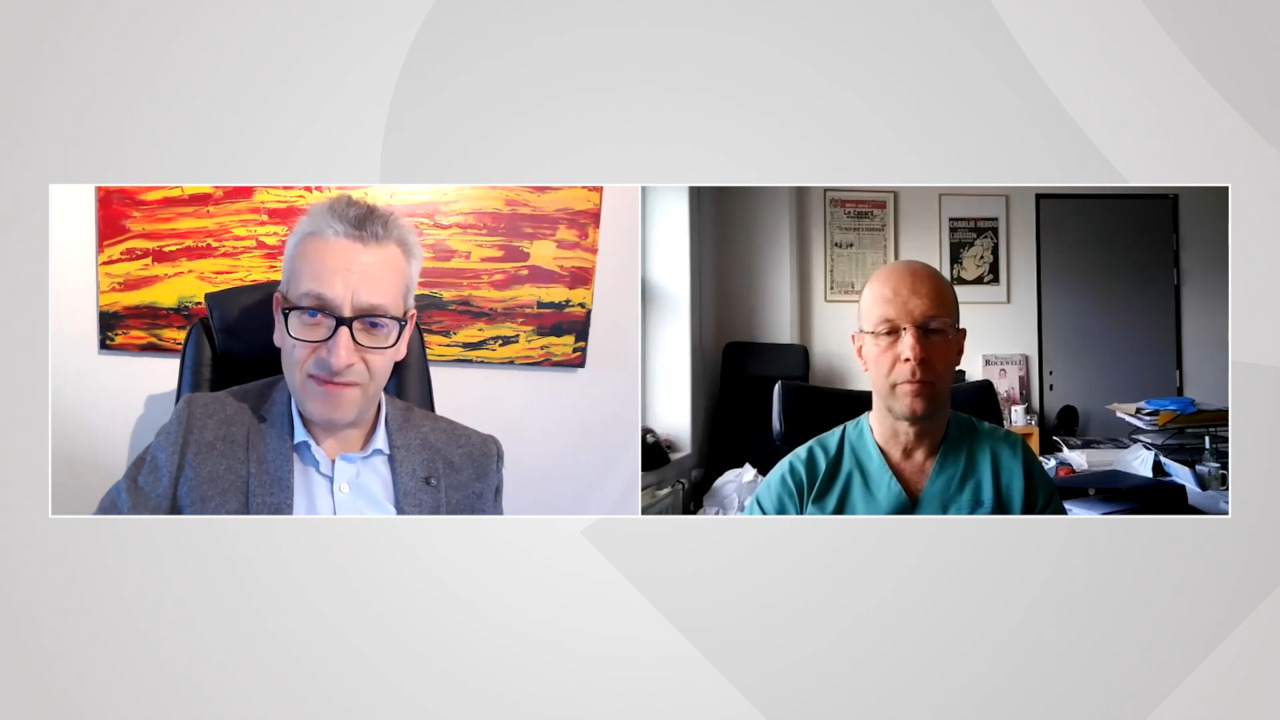 The study shows a similar signal as did the GALILEO trial with rivaroxaban (Xarelto; Bayer/Janssen), although here no safety signal is seen, Collet added.

For ATLANTIS, Collet and colleagues stratified 1,510 European TAVI patients by their need for oral anticoagulation (OAC) and then randomized to either apixaban 5 mg twice daily or standard of care—VKA for those who needed it and antiplatelet therapy for those who didn’t. Patients were generally intermediate-to-high risk, and their average age was 82 years. STS risk scores were around 5, and more than one-quarter had atrial fibrillation.

In the intention-to-treat analysis, the primary endpoint—a composite of death, MI, stroke, systemic emboli, intracardiac or bioprosthesis thrombus, deep vein thrombosis or pulmonary embolism, and major bleeding over 1 year—was similar for the apixaban and standard-of-care arms both overall and when broken down by oral anticoagulation need.

Similar findings were observed in the post-hoc sensitivity analysis.

Safety was good and comparable for both study arms, with a rate of 8.5% in each for the primary safety endpoint of life-threatening, disabling, or major bleeding.

Looking specifically at the patients with no indication for oral anticoagulation, the researchers observed a higher rate of noncardiovascular death in the apixaban-treated patients (2.66% vs 0.96%; HR 2.99; 95% CI 1.07-8.35). Collet clarified that many of these noncardiovascular deaths were related to sepsis or end-stage renal failure, without any bleeding or ischemic events. “We have to dig more into the details of these causes of death,” he said, adding that future research in this space should include lower-risk patients.

Généreux agreed. “I would like to see the impact of such a drug for a limited period of time, such as 1 year for example, on outcomes at 5 years or long-term,” he said. “I would like to see the impact on durability or the occurrence of valve thrombosis on long-term follow-up and then really see that there's a price to pay in terms of safety, bleeding events, compared to upsides in valve durability or decreased thrombotic ischemic events.”

In discussion following the presentation, Michael Mack, MD (Baylor Scott & White Heart Hospital, Plano, TX), called ATLANTIS “a very well-done study in an area that is a significant clinical conundrum in terms of management of patients after TAVI.”

Valve thrombosis is tricky to treat, he said, because while common, “it's a dynamic process [in] that some patients develop it by 30 days and resolve by a year and other patients develop it after 30 days. It does not seem to be associated with clinical events, and there's no evidence now that we have your study that anything other than aspirin is beneficial to these patients.”

Mack noted that the incidence of valve thrombosis was lower in the ATLANTIS than what has been seen in prior studies, including GALILEO. This was likely because of the high number of patients taking dual antiplatelet therapy in the control arm, Collet said. Also, the researchers only performed one CT scan to look for thrombosis, and perhaps “serial assessment of CT scan would have allowed us to have [more] subclinical valve thrombosis diagnosed.”

Furthermore, Mack said, echoing the point made by Généreux to TCTMD, “nowhere else in the body is thrombus a good thing—it does bad things everywhere else in the body but doesn't seem to here—but there is concern that the presence of thrombus could lead to premature structural valve deterioration.” He asked whether higher-risk patients, such as those with valve-in-valve procedures or small aortic roots should receive anticoagulant or antithrombotic therapy.

“Using a [non-VKA oral anticoagulant] like apixaban because of its ease of use can be done instead of using VKA,” Collet replied. “Now the issue is with respect to the patients who are not eligible for anticoagulation aside from the TAVR. As you mention, this is what we are doing now. We are looking if there are imaging features that may guide us toward the use of oral anticoagulation. As you said, small annulus, valve-in-valve are good criteria for using oral anticoagulants in these patients. Six percent is a small number overall, but if we would do serial CT scans ahead of 1 year, we would have more patients with subclinical valve thrombosis.”

A secondary analysis looking more closely at this is planned for later today, he added.

Apixaban in Patients With Atrial Fibrillation After TAVR

Antiplatelet and Anticoagulation After TMVR and TAVR: Considerations and Recommendations