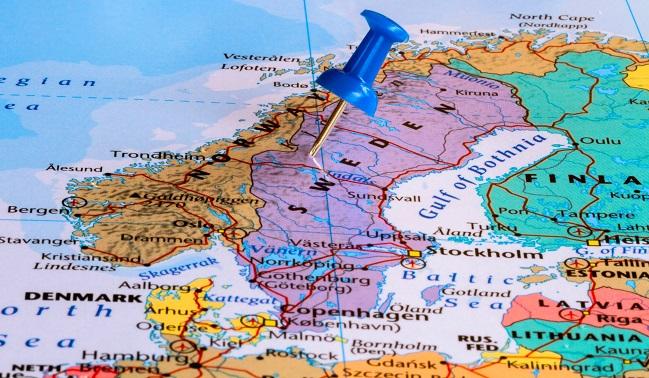 New data out of Sweden suggest that widespread adoption of high-sensitivity cardiac troponin T (hs-cTnT) assays hasn’t led to a large upswing in MI diagnoses. Survival did not differ based upon whether the newer or conventional cardiac troponin tests had been used to pinpoint an MI, but there was a decrease in the reinfarction rate and increases in angiography and revascularization, researchers report.

While hs-cTnT tests are much more sensitive than their predecessors and “very good at measuring death of cardiac cells, or myonecrosis, they’re not specific for what caused that damage,” said L. Kristin Newby, MD (Duke University Medical Center, Durham, NC), who co-wrote an editorial accompanying the paper. Both were published online earlier this week ahead of the June 12, 2018, issue of the Journal of the American College of Cardiology.

“As we’ve gotten increasingly sensitive with our assays, that problem with specificity has gotten greater,” she told TCTMD. This has fueled concerns that hs-cTnT tests may lead to false-positives, where patients have elevated troponin but are not experiencing an MI, or could accurately diagnose MIs in such large numbers that systems of care would be overwhelmed.

“What we’re seeing come out of Europe, to me, is reassuring and saying that appropriately we’re probably going to pick up somewhere between 5% and 10% more MIs—a modest number, but something that should be manageable within our healthcare system,” Newby said, noting that the current study, which captures the whole of Sweden, puts that number at 5%. In January 2017, the US Food and Drug Administration cleared the way for the first hs-cTnT assay to be sold in the United States. Newby noted to TCTMD that the Swedish study “is helpful for us here in the US to have at least a little more confidence as we launch into the use of these assays.”

“We are very much writing for the American audience, because [physicians there] haven’t used high-sensitivity troponins for such a long time,” he commented to TCTMD. In the United States, “there have been a lot of concerns about the risk of having a very large increase in MI rate, and not only that but having an increase in coronary angiography and revascularization. Our paper shows you should not be that concerned.

“Not only that,” he continued, “we actually found that there is better prognosis in patients who are tested with high-sensitivity troponins, which was a little bit surprising to me. I didn’t expect that. I would have expected a neutral effect in terms of outcomes.” The decrease in reinfarction risk, Holzmann said, “was really good news.”

Holzmann along with lead author Maria Odqvist, MD (South Älvsborg Hospital, Borås, Sweden), and colleagues conducted a nationwide cohort study using data from the Swedish National Patient Registry to identify first MIs occurring in the period spanning 2009 to 2013. The hs-cTnT assay with the 99th percentile cutoff value was introduced in only four hospitals in 2009, and most hospitals (51%) transitioned to the new test in 2010 and 2011. By the end of 2013, 73% of Swedish hospitals used high-sensitivity troponin assays, with all but one of those 52 centers testing troponin T.

A total of 47,133 MIs were identified during the study period via conventional cardiac troponin assays and 40,746 using hs-cTnT assays. At a population level, the total number of MIs diagnosed decreased from 33,380 in 2007 to 25,787 in 2013. But in the 90 days before and after introduction of the new tests at each hospital, there was a 5% overall increase in the diagnosis of MI. Importantly, interpretation of testing results varied among hospitals, such that some saw a rise in MI and others a drop. Hospitals that used a decision limit higher than the 99th percentile value had no change in MI rate.

These disparities among hospitals “may have been related to initial difficulties with interpretation of hs-cTnT levels,” the investigators propose, pointing out that another Swedish study found that 60% patients discharged with a diagnosis of unstable angina had hs-cTnT levels above the 99th percentile and that the breakdown of MI versus unstable angina diagnoses varied across centers. “This emphasizes the need for educational measures paralleling the implementation of high-sensitivity cardiac troponin assays in order to avoid the misdiagnosis of MI as stable angina,” they suggest.

Over a mean follow-up period of 3.9 years, all-cause mortality was no higher with the hs-cTnT assays than with their predecessors. But over a mean follow-up of 3.1 years, the likelihood that patients diagnosed with MI would go on to have another one was significantly lower when the new tests were employed (adjusted HR 0.89; 95% CI 0.86-0.91).

“It is tempting to associate the reduction in reinfarction among patients with MI diagnosed using the high-sensitivity cardiac troponin assay with increased use of angiography and revascularization, but this may be too simplistic without more details about the circumstances and timing of use and coronary anatomy,” Newby writes in the editorial. Even though discharge medications didn’t vary between the two groups, it’s also possible that the potential for treatment benefit was greater among patients whose MIs were picked up by the more sensitive assay, she suggests.

Moving forward in the United States, “successful transition will require careful planning that engages the laboratory, emergency medicine physicians, and cardiologists in the development of strategies for use of high-sensitivity cardiac troponin assays, as well as intensive education of all providers about the properties, strengths, and limitations of the assays and their appropriate use and interpretation,” Newby advises, adding that it will also be important to gather data on outcomes and adapt strategies as needed over time.

“Change is often unsettling and can bring challenges, but the benefits for our patients and healthcare systems with the transition to high-sensitivity cardiac troponin promise to be tremendous if we embrace the change and are active participants in shaping it,” she concludes.

Holzmann also emphasized the need for education early on, when clinicians may not be accustomed to using an assay that enables them to quickly and reliably rule out MI in the emergency department. When his center adopted hs-cTnT testing toward the end of 2010, “I remember the confusion that we had [in those] first few months, because we didn’t really know how to interpret [the results],” he said.

Using the new tests “is not difficult,” Holzmann said. “It’s just a different way of thinking. Once you start getting these results, it takes a while before you get a feeling for them.”

The advent of high-sensitivity assays has “revolutionized the work in the emergency department, he concluded. “It’s so much easier, actually, [and] it’s so much safer to assess patients with chest pain or suspected MI. But also now we show in this paper that there’s an advantage in terms of reduced risk of reinfarctions without getting the cost of a very high increase in resource utilization.”

High-Sensitivity Troponins and Outcomes After MI

‘Mishmash’ of Troponin Cutoffs Being Used to Diagnose MI