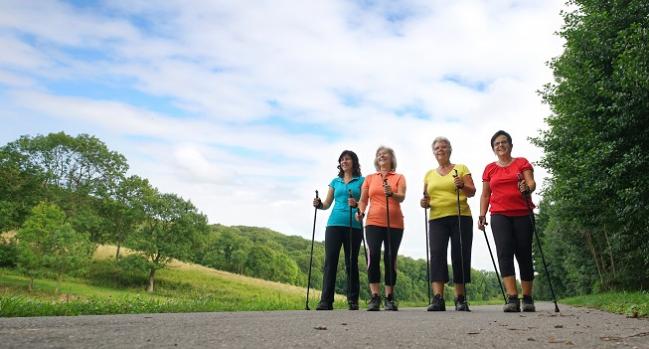 For the first time, the American Heart Association has issued a scientific statement on the use of exercise to improve symptoms and quality of life in patients with peripheral artery disease. Published online last month in Circulation, it reviews existing evidence that led to the 2017 national coverage determination of supervised exercise therapy for symptomatic PAD by the Centers for Medicare & Medicaid Services.

“All clinicians who care for patients with PAD should be considering exercise as a therapeutic option,” said Diane Treat-Jacobson, PhD, RN (University of Minnesota School of Nursing, Minneapolis), chair of the statement’s writing committee.

While walking is supported by the most evidence in terms of beneficial forms of exercise for PAD patients, she said a variety of other aerobic activities also can and should be considered.

“Just getting people moving is really, really important,” she added. “In addition to improving walking ability, [exercising] can improve their strength, their endurance, and break the cycle of deconditioning that these patients experience.”

Treadmill walking is the most commonly reported method in studies measuring the effect of exercise on walking ability in PAD patients. Although the optimal duration and intensity of exercise remain unclear, Treat-Jacobson and colleagues note that recent meta-analyses suggest that even when patients take frequent breaks or walk only to mild claudication levels they can still improve their walking abilities. Furthermore, the most recent data also suggest that exercise sessions of 30 to 45 minutes three times per week are effective for most people, with no evidence that longer, continuous exercise enhances the benefit. Also, they say, it is unnecessary to standardize rest periods for patients during exercise sessions; the focus should instead be on the shortest rest period needed to dissipate symptoms.

Recommendations vary in the literature with regard to how many weeks or months that PAD patients should maintain a supervised exercise program. Under the coverage determination, Medicare patients can receive 12 weeks of therapy (up to 36 sessions), with an option for 36 additional sessions if they remain symptomatic.

One of the goals of therapy, Treat-Jacobson said, is to transition patients from a structured program to exercising on their own without direct supervision. Therefore, the scientific statement also reviews existing evidence on home-based exercise programs for patients continuing on from a structured program, or those who either find it less burdensome than going to an exercise center or do not qualify for insurance reimbursement.

Several keys to a successful home-based program include some form of “coach” to whom the patient is accountable, having patients write down their exercise goals and record their walking activity each week, providing instructions and goals that are as specific as possible, periodically reviewing the exercise progress with a clinician capable of providing feedback, and individualizing the program to specific needs and limitations.

“The goal is for lifetime physical activity rather than just a 3-to-6-month intervention,” Treat-Jacobson said. “The jury is out on how frequently someone needs to be checking in with them, [but] it seems as if they need continuous encouragement to keep on pushing. It's difficult to make yourself do something that makes you hurt. But, we know that patients learn over time that they can keep going longer than they could before, and that can be motivating.”

In some cases, patients may not be able to walk long enough to achieve an aerobic benefit or may be unwilling to do so. “They might be able to do either a seated recumbent exercise that is not weight-bearing or even aerobic arm cycling, which has been shown to be beneficial in some people,” Treat-Jacobson noted.

To TCTMD, she added that the evidence in support of exercise for PAD patients has been accumulating for more than 50 years.

“It’s important to remember that [exercise] is one of the most effective therapies,” Treat-Jacobson said. “Often people with PAD are unaware that exercise training can improve their symptoms, and it may seem counterintuative to some that it would help, but it's very effective and underutilized.”

Supervised Exercise as Effective, Durable as Stenting in PAD Patients With Claudication

Highlights From the Updated PAD Guidelines and SCAI AUC