Almost Half of US Operators Do Under 50 PCIs Per Year: Does It Matter?

Lower-volume operators do see slightly higher mortality rates, a new study shows, but cutting out these practitioners is not the answer. 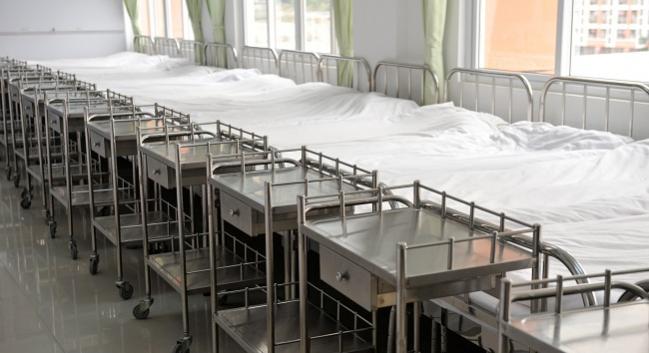 Almost half of all operators in the United States perform fewer than the 50 PCI procedures per year—the number recommended by guidelines—a new nationwide sample suggests. Moreover, performing fewer than the recommended minimum was associated with a small but significant increase in risk of in-hospital mortality, even after adjusting for confounding factors.

But of note, lower-volume operators tended to do fewer complex PCIs and fewer elective procedures, suggesting they are likely treating urgent cases.

“Low-volume operators performed a disproportionate number of emergency PCIs and primary PCIs for STEMI, suggesting that they might perform an important role in maintaining access to PCI,” lead author Alexander C. Fanaroff (Duke Clinical Research Institute, Durham, NC), and colleagues write in the June 20, 2017, issue of the Journal of the American College of Cardiology.

Just who should be performing angioplasty and stenting—and when—is a debate stretching back two decades, which is when the first studies showed that high-volume PCI centers had better outcomes. But with the advent of better preventive medicines, better stents, and better techniques, PCI volumes have declined overall and in-hospital outcomes have improved. In 2013, a clinical competency statement released by the American College of Cardiology, American Heart Association, and Society for Cardiovascular Angiography and Interventions lowered the recommended number of procedures per year from 75 to 50 and, as Fanaroff et al point out, no nationally representative study has addressed the issue of whether the volume-outcomes relationship still stands.

For their study, Fanaroff et al drew on the National Cardiovascular Data Registry (NCDR) CathPCI registry looking at all PCI cases performed between July 1, 2009, and March 31, 2015. Numbers were used to link PCI volume rates at the physician and hospital level to in-hospital outcomes.

They found that the median annual number of procedures per operator per year was just 59, with 44% of operators doing fewer than 50 PCIs annually. At the other end of the spectrum, only 27% of operators performed more than 100 PCIs per year—these high-volume operators were also more likely than lower volume operators to tackle chronic total occlusions or multivessel disease during the same cath lab visit and more apt to use a radial approach. By contrast, more of the PCIs performed by lower-volume operators were STEMI cases and emergency PCI procedures, and done in patients who typically had fewer comorbidities than patients being treated at higher-volume centers. Of note, procedure appropriateness was similar among low-, intermediate-, and high-volume operators.

“Our analysis shows that there is still a relationship between volume and outcome; however, that relationship has significantly attenuated, such that the differences are actually quite small,” senior author on the study, Sunil Rao, MD (Duke Clinical Research Institute), told TCTMD. “So it appears that we are getting to a point where volume is a little less important than it used to be in the past. Having said that, the worrisome thing we found is that 44% of operators are doing less than the recommended number of procedures, despite the fact that the bar was lowered.”

The picture that emerges from these numbers, Rao continued, is that lower-volume hospitals are likely seeing STEMI patients coming through their doors and are making the call that certain patients won’t survive transfer to a higher-volume center. “These are probably first-receiving hospitals, which means they are really playing an important role,” he said.

But as hospitals continue to merge into large networks, there is the opportunity for the best practices and quality improvement (QI) initiatives at the higher-volume centers to also embrace the smaller hospitals, Rao continued. The lack of radial access and lower numbers of complex-anatomy patients at the lower-volume centers speaks to the need for network-wide quality initiatives, including case reviews and participation in the NCDR, etc, he said, and this may ultimately be far more important for outcomes than mandatory case volumes.

I think we need to move away from identifying villains in all this and instead say, this is what’s happening [at all hospitals, regardless of volumes], so how do we broaden QI? Sunil Rao

“I think we need to move away from identifying villains in all this and instead say, this is what’s happening [at all hospitals, regardless of volumes], so how do we broaden QI?” Rao explained. “These minimum volume numbers are largely determined arbitrarily and in our paper, we couldn’t identify a threshold effect. So I would say, let’s get away from the numbers and let’s say instead that our primary focus should be on improving quality because if you try to get people to reach a minimum number, you’re going to have a situation where people start doing cases that aren’t absolutely necessary.”

That’s a point echoed in an accompanying editorial, which notes that the obsession with numbers, or “arithmomania,” that dominated policy discussions for more than three decades was part of the reason that mandatory operator-volume minimums became surrogates for quality care.

Thus, write editorialists Dharam J. Kumbhani, MD (University of Texas Southwestern Medical Center, Dallas), and Brahmajee K. Nallamothu, MD (University of Michigan, Ann Arbor), “even as we push for more appropriate use of technology and procedures, the arithmomania around volume thresholds could perversely incentivize interventional cardiologists to do less-appropriate cases to reach an arbitrary target that keeps their privileges active and their cath labs open.”

Instead, they argue, PCI case complexity, operator lifetime experience, and overall hospital volumes are all elements that, along with quality markers, should be used to determine whether optimal care is being provided regardless of hospital size and volume of cases.

Photosynthetic Bacteria May Aid in Repair of Myocardial Ischemia