It’s not unreasonable to use volume as one criterion for determining the quality of care, but it can’t be the only metric, an expert says. 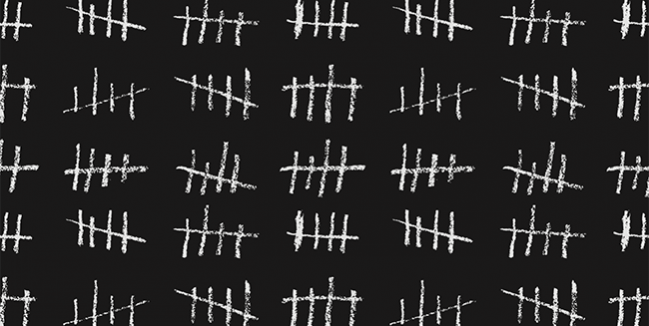 A hospital’s PCI volume is not related to 30-day mortality after taking into account differences in patient characteristics across centers, according to a study conducted in England and Wales.

The findings were consistent in the overall PCI cohort from the nationally representative British Cardiovascular Intervention Society registry, as well as in patients undergoing either primary or elective procedures, researchers led by Darragh O’Neill, PhD (University College London, England), report in the March 2017 issue of Circulation: Cardiovascular Quality and Outcomes.

“Some previous studies have suggested that a relationship does exist between center volume and patient outcomes, and these studies have informed clinical guidelines on the provision of PCI services,” O’Neill told TCTMD in an email. “Our study has shown, however, under the current configuration of PCI services in England and Wales, there is no evidence in favor of worse or better outcomes in lower-volume centers when case characteristics are taken into account.”

The results indicate “patients receive uniformly high quality of care” in England and Wales, where annual hospital PCI volumes range from about 200 to 2,000 cases, he added, noting, though, that the study does not inform doesn’t give any information about a potential relationship between individual operator volumes and outcomes.

Commenting for TCTMD, Michael Kontos, MD (Virginia Commonwealth University, Richmond), pointed out that the delivery of PCI is more regionalized in the United Kingdom than in the United States, resulting in fewer overall STEMI centers and higher procedural volumes at each hospital.

That said, considering this study and similar ones conducted in the United States, “It’s likely that once you achieve a certain hospital volume, higher volumes over that are unlikely . . . to provide a significant further reduction in outcomes,” Kontos stated. “Part of that may be skewed by the fact that your overall quality levels off, but it also may be that once you get to higher volumes there are a number of other confounding factors,” such as the treatment of sicker patients, that are difficult to account for using risk adjustment.

Thus, Kontos said, “volume is an imperfect measure of overall hospital quality, and it shouldn’t be used solely as a measure to determine whether a hospital or operator should be allowed to do procedures.”

Some early studies of patients undergoing angioplasty identified an association between hospital PCI volume and patient outcomes, leading some policy makers to adopt volume as a metric reflective of quality of care. But other studies have not supported such a relationship, leading to uncertainty about the importance of looking at procedure volumes.

O’Neill and colleagues sought to clarify the issue using data on 427,467 PCIs performed in 93 National Health Service (NHS) hospitals in England and Wales between 2007 and 2013; 22% of procedures were performed in patients with STEMI.

The median number of procedures performed at each hospital annually was 660, with an average of 879. The vast majority of centers (87.1%) had annual volumes between 200 and 2,000. The unadjusted 30-day mortality rate was 1.9% for the overall cohort and 4.8% for patients undergoing primary PCI.

There were some differences in case mix according to hospital PCI volume. Lower-volume centers, for example, typically handled a smaller proportion of STEMI patients while treating a higher percentage of patients undergoing primary PCI who presented with cardiogenic shock.

The investigators used statistical methods involving hierarchical modeling combined with a Bayesian approach to account for those differences in case mix, finding a lack of evidence supporting a volume-mortality relationship.

“Although many other existing studies have argued in favor of higher-volume centers, the importance of adjustment for case selection and hospital effects cannot be understated,” the authors write.

They note, however, that “inferences should not be made regarding particularly low volumes not captured by this study. We cannot exclude the existence of a lower-volume limit below which institutional competence cannot be assured.”

The findings instead “suggest that the efforts made within the UK NHS to improve access to PCI and provide guidance for institutional standards of service provision have resulted in a uniformly high standard of care,” they continue. “We do not argue against the promotion of volume thresholds, given that its adoption has been a key aspect of the expansion of PCI provision in the United Kingdom. The policy whereby the acute management of STEMI is restricted to a limited number of dedicated heart attack centers is driven largely by logistical necessity and is not challenged by this study’s findings.”

O’Neill pointed out, too, that hospital PCI volumes can differ substantially in other countries, so it would be worthwhile to use similar methods to explore the volume-outcome relationship outside of the United Kingdom.

They cite several potential problems with using “arbitrary” volume cutoffs for procedures like PCI. “By focusing on volume minimums, it mitigates the chance of assessing and improving systems of care,” they write. “In settings where this results in regionalization of care, it can result in access hardships for patients and can also alienate healthcare providers at smaller hospitals.”

Moreover, focusing on a structural metric like volume “ignores a sometimes greater contribution from process metrics,” they say, also pointing out that operator volume and experience confound the relationship between hospital-level procedure volumes and outcomes.

“This article should serve as a vocal call-to-arms to policy makers and payers that volume should not be solely used to drive decisions about quality of care,” Kumbhani and Bittl argue. “In fact, undue focus on volume over the past several years has likely been detrimental to quality improvement efforts for PCI. It is much easier to increase volume (and sometimes in bad ways) than to do the hard work of improving quality around PCI.”

They see the most recent update to the competency statement for PCI as a positive step because it discourages use of volume thresholds as a metric for quality of care.

“It is imperative that we continue to move away from arbitrary volume thresholds and focus instead on systems of care, adherence to process metrics, and appropriately risk-standardized outcomes to define and improve quality of care for patients undergoing PCI,” the editorialists conclude.

There is, however, still a role for looking at hospital PCI volumes, according to Kontos.

“Clearly hospitals that are doing a lower volume may not necessarily have the ability to care for patients who may have significant complications, and having the ability to have transfer agreements or processes worked out for what they do with those patients who are sicker than they thought, or unexpectedly become sicker than they thought, is important for patient outcomes,” he said.

So, Kontos said, “I don’t think it’s unreasonable to use volume as one of your criteria for determining quality, but it can’t be the only metric.”