Among US Women, Awareness of CVD’s Threat Has Declined

More women than a decade ago, especially younger women, wrongly think breast cancer would be the leading cause of death. 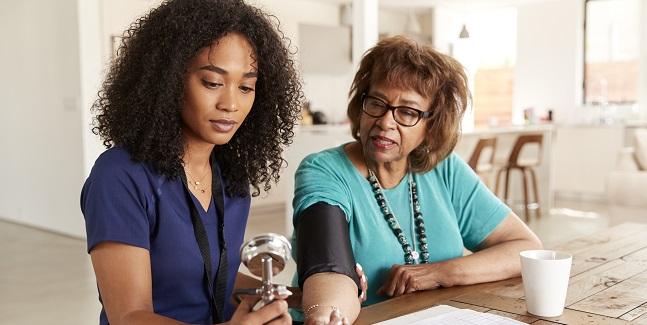 Awareness that CVD is the leading cause of death among women is 64% lower today than it was 10 years ago, with the greatest declines in knowledge occurring among Black and Latina women. The survey, conducted by the American Heart Association (AHA), also found that the percentage who believe they are most at risk of dying from breast cancer has more than doubled.

Mary Cushman, MD (University of Vermont, Burlington), chair of the AHA writing group that analyzed trends from the surveys, which were conducted in 2009 and 2019, told TCTMD the findings were unexpected.

“As someone who is passionate about prevention, and given trends over the past nearly two decades of increasing awareness, the results did surprise me,” she explained in an email. “Sometimes this is the most eye-opening type of science, though. It tells us we need to refocus and improve.”

In the paper, published online September 21, 2020, ahead of print in Circulation, Cushman and colleagues say the findings support conclusions from the recent VIRGO study showing that younger MI patients are not having adequate conversations with their physicians about personal CVD risk.

“The lack of awareness and counseling is likely multifactorial and may be related to lack of tools to assess cardiovascular risk in younger age groups, inconsistent use of preventive care, and misperceptions that young women are not at risk,” they write.

For most MI symptoms, women in 2019 were less likely than those in 2009 to recognize them as warning signs. Recognition of chest tightness, for example, declined from 17.1% to 5.7% across all racial/ethnic groups. However, women age 65 and older had greater recognition of chest tightness as a symptom than they did 10 years earlier, while women age 25-34 years were less likely to recognize it as a symptom.

Cushman offered a few explanations for why so many women wrongly think breast cancer is a greater health threat. “It may be that breast cancer evokes more emotion than heart disease for women, and so the perception of risk is inflated,” she suggested. “Many people think heart disease is the patient’s fault and cancer is not, but there is so much more to it than that.”

Many people think heart disease is the patient’s fault and cancer is not, but there is so much more to it than that. Mary Cushman

In their report, Cushman and colleagues recommend multilevel interventions aimed at changing behavior to prevent future CVD, especially among Hispanic, Black, and Asian women, as well as those with lower educational attainment. “Providing culturally appropriate education and care within community structures and community health worker interventions may be particularly effective for women,” they add.

Cushman elaborated further to TCTMD, noting that there is increasing recognition that patients need healthcare providers they can trust, and who look like them.

“National efforts to increase the diversity of the healthcare workforce are very active and should help,” she commented. “Also, we need diversity amongst who is giving the messaging. For example, people might trust their pastor more than their healthcare provider, so the pastors need to know about this, too.”

As Interventions Dip During COVID-19, CMS Offers Leniency on Volumes