Experts say randomized data is still needed to change clinical practice, but these findings help show feasibility of genetic testing in this setting. 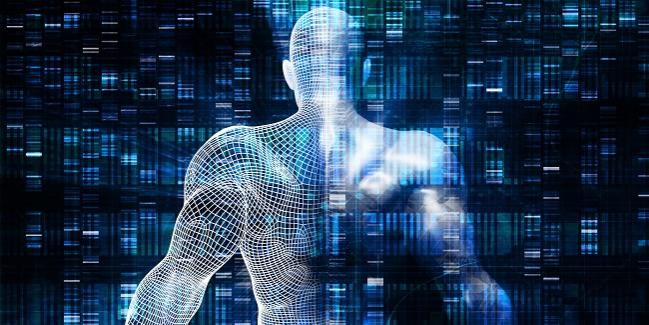 More observational data from an institution that was an early adopter of CYP2C19 genetic testing is showing its feasibility and sustainability in clinical practice as a tool for making antiplatelet prescribing decisions after PCI.

“In this real-world clinical setting, CYP2C19 genotypes were frequently ordered, efficiently returned, and routinely used to guide antiplatelet therapy selection after PCI,” lead study author Craig Lee, PharmD, PhD (UNC Eshelman School of Pharmacy, Chapel Hill, NC), told TCTMD. “However, one thing that stood out that was surprising was that while the frequency of genotype testing and use of alternative antiplatelet therapy such as prasugrel or ticagrelor in the patients that carried a CYP2C19 loss of function allele was high overall, these rates fluctuated significantly throughout the 2-year study period.”

For the study, published online yesterday ahead of print in Circulation: Genomic and Precision Medicine, Lee and colleagues looked at 1,193 consecutive patients who received PCI at their hospital between July 2012 and June 2014 and were prescribed DAPT. Almost three-quarters of the population underwent CYP2C19 genotyping—91.5% during the index admission—and the median time from order to result was 1 day. Just under one-third of genotyped patients carried either one or two loss-of-function alleles.

In addition to aspirin, clopidogrel was the most commonly used P2Y12 inhibitor overall (69.4%), followed by prasugrel (30.6%; Effient; Eli Lilly) and ticagrelor (3.3%; Brilinta; AstraZeneca). However, those with loss-of-function alleles were routinely prescribed either prasugrel (59.9%) or ticagrelor (11.8%) as maintenance therapy.

The presence of loss-of-function alleles was an independent predictor of prasugrel/ticagrelor maintenance therapy choice (OR 13.1; 95% CI 8.84-19.7) as were clinical factors such as ACS (OR 2.80), LAD stenting (OR 1.64), and prasugrel/ticagrelor use on admission (OR 18.5). Elevated bleeding risk and clopidogrel use on admission were factors associated with the selection of clopidogrel maintenance therapy.

Over a median follow-up of 8.7 months, MACCE and clinically significant bleeding events occurred in 11.9% and 3.8% of patients, respectively. Among those with loss of function alleles, those treated with clopidogrel had a higher risk of MACCE compared with patients treated with alternative therapies (adjusted HR 4.65; 95% CI 2.22-10.0). However, there were no differences in MACCE among CYP2C19 ultra-rapid, rapid, or normal metabolizers treated with clopidogrel versus prasugrel/ticagrelor. Bleeding was not affected by therapy choice among those with loss of function alleles.

Finally, the frequency of genotyping and use of alternative therapies in loss-of-function carriers varied throughout the study period.

These findings and others “have been consistent with the original hypothesis that there is value in utilizing genetic testing, specifically CYP2C19 genetic testing, to guide antiplatelet therapy in patients undergoing a percutaneous coronary intervention,” Lee said. “We believe the evidence base is expanding, and will support broader use of such a strategy at other institutions.”

In an accompanying editorial Joshua Lewis, PhD (University of Maryland School of Medicine, Baltimore), writes that “although the medical community awaits the findings from large, randomized clinical trials assessing genotype-directed antiplatelet therapy over standard of care, there has been a great deal of confusion about whether to perform genetic testing and to what extent genotyping can aid in determining therapeutic strategy.”

There are pharmacogenetic algorithms which have been developed to better enable clinicians to use the genetic information to tailor treatment, but these “do not offer guidance whether testing should be performed,” he points out.

Results from this study show both that the clinician’s choice of antiplatelet therapy was “generally reactive” to the patient’s CYP2C19 genotype, Lewis notes, but that “genetic test results were just one of multiple factors used to guide clinical care.”

These study findings are “particularly important if one considers the use of genotype-guided strategies in medical centers without the means or institutional infrastructure afforded to the current research team,” he says.

Likewise, Josh Peterson, MD, MPH (Vanderbilt University Medical Center, Nashville), who was not involved with the study, told TCTMD that “if you're in a community hospital, your lab is not going to be performing this test most of the time, so you're going to have to send it out and then the information is going to come back with a lot more lag than they saw in this study. . . . That could be important because the person taking care of the patient at the hospital can then decide what to send the patient home on and they can have all the information they need when they are making that decision as opposed to trying to catch up after the patient has already left.”

“This experience has taught us that interdisciplinary collaboration and communication among physicians, clinical pathologists, and clinical pharmacists has really proven critical to overcome various logistical barriers and effectively implement pharmacogenetic testing into clinical practice,” he continued. “It's really challenging, and you really need to have a team-based approach to increase the probability of success.”

While this level of evidence “would be sufficient for most other drug scenarios,” Peterson said it is going to take a larger randomized trial to likely change the guidelines for genotype-guided prescribing decisions after PCI.

Lewis points to the ongoing TAILOR-PCI trial as one that might change the field, noting that results will not likely be available for a few more years. For now, “additional studies are needed, including those like the current investigation, to better implement genetic testing into clinical workflows, establish the cost-effectiveness of genotype-directed strategies, and to strengthen the evidence base about clinical utility and improved health outcomes,” he says.