The extent of cardiac damage at baseline strongly correlated with both post-TAVR mortality and the risk of cardiac and noncardiac readmissions. 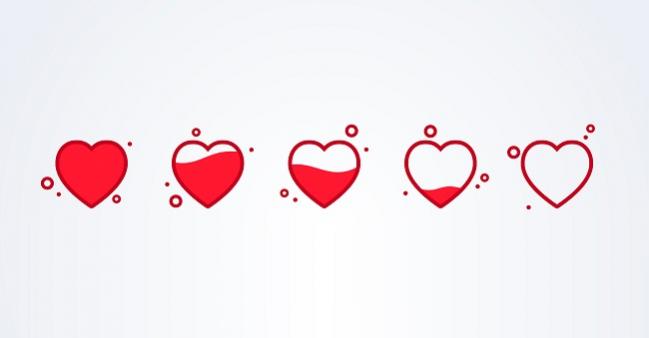 A proposed staging classification system for patients with aortic stenosis that is based on echocardiographic markers of abnormal cardiac function appears to have strong predictive ability for mortality and readmissions after TAVR, new research suggests.

“We believe that the evaluation of the extent of cardiac damage can provide an opportunity to identify patients that might benefit by a closer follow-up and by early intervention beyond just the TAVR,” senior study author João L. Cavalcante, MD (Minneapolis Heart Institute, MN), told TCTMD. Integrating the information into discussions with the heart team and with patients, he added, is an important addition to contemporary management of aortic stenosis.

The staging classification system was first proposed by Philippe Généreux, MD (Morristown Medical Center, NJ). It was initially applied in over 1,600 patients in the PARTNER 2A and PARTNER 2B clinical trials and was found to be a good predictor of 1-year survival after either surgical or transcatheter aortic valve replacement.

In the study, published online February 6, 2019, ahead of print in JAMA Cardiology, Cavalcante and colleagues led by Miho Fukui, MD (University of Pittsburgh Medical Center, PA), set out to validate the system further in 689 consecutive patients with severe aortic stenosis undergoing TAVR at a single center. Most (69%) received a self-expanding device, and all had baseline echocardiograms that were used to classify them.

Compared with stage-1 patients, those with stage 3 had the highest risk of both all-cause readmissions (HR 1.64; 95% CI 1.06-2.54) and cardiac-related readmissions (HR 1.84; 95% CI 1.13-3.00) even after adjustment for STS-PROM score. The researchers also found that pulmonary hypertension and/or tricuspid regurgitation in stage-3 patients corelated with higher mortality risk and higher rates of cardiac and noncardiac readmission.

‘A Gestalt to Better Select and Identify Patients’

In an interview with TCTMD, Généreux said the new data confirm the validity of the classification system and expand the initial findings to a much broader population of all-comers TAVR patients.

"This classification can help stratify patients and predict their outcome, as well as help us communicate with the family better to manage expectations," he said. "It's a very strong predictor and it's very easy to do. The beauty of this cardiac specification is that it is very intuitive and very readily available. All you need is the echo."

Cavalcante said validation of proposed criteria is important, particularly since in this case the patients that were initially evaluated by Généreux were enrolled in a very specific trial “and we know that patients in trials might not represent real-world patients.”

In their paper, Cavalcante and colleagues say the findings also build on their own previous work, which showed the importance of right-side assessment in patients undergoing TAVR and suggested implications for mortality, readmission planning, and healthcare costs.

“[The classification system] provides an important way to frame what we clinically use; a gestalt to better select and identify patients that could be at risk,” Cavalcante noted. He added that it also gives clinicians an opportunity to learn over time how to adjust or add on management strategies that give patients the best chance at survival and staying out of the hospital. While stage-4 patients require extra consideration, he added that they are not necessarily ruled out for TAVR by the classification system.

“It’s important that we do not preclude a lifesaving therapy such as TAVR, but that we instead raise our awareness that there might be other comorbidities that might be limiting the full benefit [of TAVR] and see whether we can do something beyond that,” he observed.

For operators, Généreux said the classification system used with other stratification tools in aortic stenosis patients has "a massive incremental value" and should be implemented in the care and planning of every patient.

"Obviously, I'm biased because I created it, but I always look for what stage of cardiac disease or damage a patient has and it helps me be more prepared,” he observed.

Both Cavalcante and Généreux said it will be important to gather more data on the real-world use of the classification system, including the impact on healthcare costs. Whether they will one day be incorporated into current guidelines is not yet clear and will likely require more validation efforts, but Généreux said the classification system may be an important piece of the puzzle in determining who should have TAVR early and who can safely wait.

Cavalcante said the classification system also may be applicable to mitral and tricuspid valves.

“Once the damage goes beyond the left ventricle into other systems we might consider whether we should intervene before the development of say, atrial fibrillation, pulmonary hypertension, etc,” he said.

Should Pioglitazone Be Used More for Secondary Stroke Prevention in Prediabetes?

Putting It All Together: A Proposed New Staging Classification for Patients with Aortic Stenosis