All seven frailty tools compared in a new study predicted mortality and disability at 1 year, but a simple, fast, four-item test came out on top. 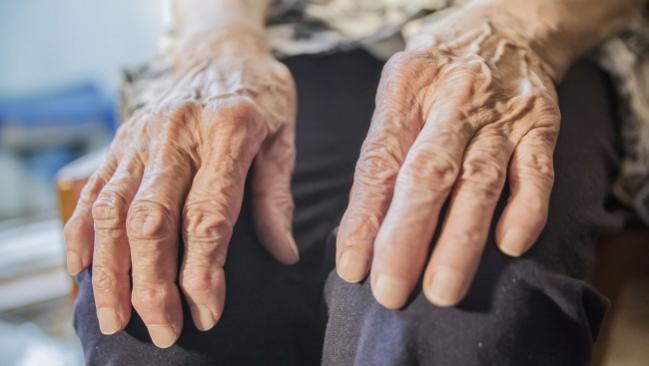 A head-to-head study comparing seven different tools for assessing frailty in patients being considered for transcatheter or surgical aortic valve replacement suggests that a simple and fast four-point tool may work best when it comes to identifying patients who will die or face dwindling daily function within 1 year of their procedures.

Authors say they hope the study, the first of its kind, will boost the routine use of frailty assessments, which are inconsistently applied when aortic valve replacement procedures are in the planning and discussion phases.

“To date, it's been a real mishmash of time-consuming or semi-objective measures with uneven uptake,” study co-author Sandra Lauck, PhD, RN (St. Paul’s Hospital, Vancouver, Canada), told TCTMD. “I think this study will give healthcare providers a clinically friendly and reliable tool to improve case selection.”

Lauck and colleagues, with lead author Jonathan Afilalo (McGill University, Montreal, Canada), report the results of the FRAILTY-AVR study online ahead of print July 7, 2017, in the Journal of the American College of Cardiology.

The study compared the use of seven different measures of frailty among 1,020 patients (mean age 82) undergoing aortic valve replacement at one of 14 centers in Canada, France, and the United States. Frailty tests included the Fried, Fried+, Rockwood, Short Physical Performance Battery, Bern, Columbia, and the Essential Frailty Toolset (EFT).

This last test—the EFT—is a rapid, four-item test developed by the study authors and comprised of chair rises to assess lower body strength, a cognition test, and a blood draw to measure hemoglobin and serum albumin to gauge inflammation and nutrition, respectively. Roughly two-thirds of the patients in the study were ultimately treated with TAVR, of which 499 were transfemoral; the remaining one-third of patients underwent surgical replacement.

The proportion of patients deemed frail in this series ranged from one in four to one in three, depending on the frailty test used. Strikingly, frailty by any scale was a predictor of death within 30 days, death within 1 year, and worsening disability at 1 year. Out of all of the different tests, however, the EFT was the strongest predictor of all three endpoints, even after adjustment for procedure type, STS-PROM score, and other baseline covariates. Among the cohort as a whole, 35% of patients had died or experienced worsening disability at 1 year, but this number rose to 50% or more among patients deemed frail by any test.

“The bottom line of the manuscript is that all the frailty tools were actually effective in predicting risk and predicting mortality and also disability up to 1 year, but the EFT, despite actually being the shortest to administer was the most predictive by a variety of different models of discrimination and performance, meaning it outperformed other scales,” Afilalo told TCTMD.

We're trying to curb that tendency of patients basically going home with a good valve but then subsequently suffering progressive deterioration and a bad outcome. Jonathan Afilalo

He also stressed that the four-item EFT can be done in “under a minute”—the blood tests are already routine in these patients and the chair rises can be done in an office, rather than in a corridor with floor markings, as is required for walk tests and gait-speed assessments. Finally, the cognition component of the test, which in this study was the more time-consuming Mini-Mental State Examination, has since been replaced by the Mini-Cog Test, a three-word recall that can be swiftly and simply administered.

The EFT “is not all-encompassing and there is definitely room to dive deeper into physical performance, cognitive function, nutrition, and things that are important, like disability,” Afilalo said. “But it’s a very good and quick starting point to touch on the relevant domains.”

Looking at the ‘Whether’ Question

Some studies have shown that objective frailty tests are underused or inconsistently applied, even though the STS/ACC TVT Registry and other registries mandate that frailty be measured, Afilalo explained. The FRAILTY-AVR investigators hope their study will convince heart teams to employ a quick and easily administered test in all elderly or infirm patients being considered for surgical or aortic valve replacement.

Afilalo also stressed that the point of frailty testing is not just “whether to proceed” but “how to proceed.” In other words, the EFT can help tailor patient care, including pre- and postrehabilitation, as well as choices on the right therapy, the right access, and the need for general anesthetic.

Even though 95% of patients leave the hospital alive, more than one-third are not surviving a full year, or have progressive disability that limits their basic activities of daily living. “We're trying to curb that tendency of patients basically going home with a good valve but then subsequently suffering progressive deterioration and a bad outcome. That's where we think that frailty can identify the patients at risk for that decline and therefore benefit more from an intervention to curb that,” he said.