One study author recommends greater use of the waist-to-hip ratio in practice to prevent disease in high-risk patients. 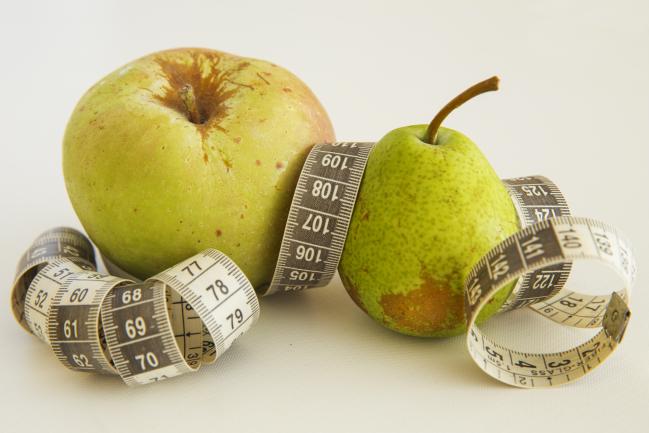 New genetic evidence is supporting the idea that people who are predisposed to carrying fat in their belly as opposed to their hips and thighs are also at greater risk for developing heart disease and type 2 diabetes.

Prior observational studies have linked abdominal adiposity with cardiometabolic disease, but it has remained unclear whether it plays a causal role.

As for why this might be, those with higher waist-to-hip ratios seemed to have higher levels of triglycerides, 2-hour glucose, and systolic blood pressure (P < 0.001 for all).

“The relationship to heart disease and diabetes did not surprise us,” senior author Sekar Kathiresan, MD (Massachusetts General Hospital), told TCTMD, noting however that he and his colleagues “were a little surprised” that the level of triglycerides in the blood could explain the relationship between belly fat and disease risk. There are a number of different theories that could clarify this, he said, but “the abdominal fat cells seem to secrete a lot of bad factors that go into the blood and that actually lead to delayed clearance of the fat from the blood, which [leads] to higher levels of triglyceride-rich lipoproteins.”

While there is definitely “something about the visceral fat is different from the fat that is in the thighs and hips,” further research is needed to clarify it, Kathiresan observed. “It’s a completely fertile ground, because there’s very little known about what the factors are that lead to the apple shape versus the pear shape. And it's hard to model in organisms, like mice for example, because they just have a totally different body fat distributions than humans.”

In his experience, physicians often focus more on overall weight or BMI in their patients, and not specifically where the fat is stored. But the waist-to-hip ratio is “an easily available marker for who is at particularly [high] risk for diabetes and heart disease,” Kathiresan said, advising clinicians to pay more attention to it in practice.

For the long term, understanding the genetics “that actually change the body fat distribution away from abdominal adiposity . . . may actually be as beneficial as focusing on the overall weight,” potentially leading to the development of safe and effective medications for weight loss, he said.

In an accompanying editorial, George Davey Smith, MD, DSc, Lavinia Paternoster, PhD, and Caroline Relton, PhD (University of Bristol, England), suggest that the current study could serve as an example for future avenues of investigation. Mendelian randomization—the reliance on how genes are randomly assigned without bias as a basis for clinical research and what Emdin et al used in their study—“can be considered analogous to randomization in an RCT,” they argue.

Early studies “tended to use single genetic variants and focus on a specific risk factor-disease association within a single study population,” they explain. Now, however, “large numbers of genetic variants [are] being identified for many exposures.”

Given the causal relationship between abdominal adiposity and heart disease/diabetes shown in this study, “such conditional measures are likely to become increasingly adopted in studies in the future, as more complex aspects of disease causation are investigated,” the editorialists predict.

Smith, Paternoster, and Relton point out that reducing obesity through public health efforts and interventions has proven to be difficult, so it would make sense that specifically targeting belly fat would be even more challenging. “Abdominal adiposity is shown to influence several such mediators in the report by Emdin et al, and triglyceride levels were demonstrated to be potentially important with respect to CHD risk,” they write. “A formal Mendelian randomization mediation analysis could be applied that would more robustly quantify the contribution of potentially treatable intermediaries, and targeting such could have important public health benefit.”