Are the Best Hospitals Actually the Best? Analysis Looks at US News & World Report Rankings

The data also call into question the appropriateness of using readmission rates as a quality metric, experts say. 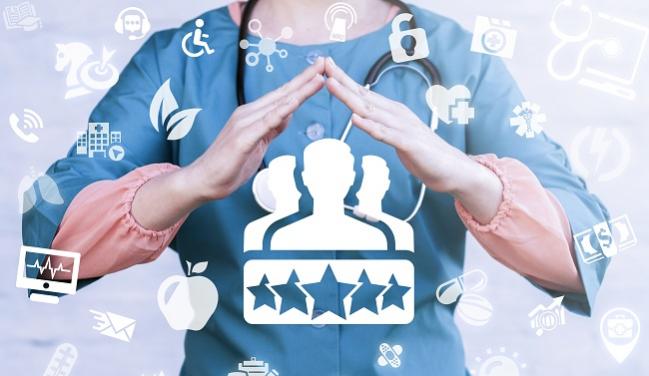 Hospitals ranked by the popular US News & World Report as having the top cardiology and heart surgery programs in the country indeed do have lower 30-day mortality rates following acute MI, heart failure, and CABG surgery, according to a new analysis of retrospective data.

These hospitals also tended to have higher patient satisfaction compared with nonranked facilities.

Additionally, 30-day readmission rates at top hospitals were either similar to (for acute MI and CABG) or higher than (for heart failure) those of nonranked centers, leading the study’s authors to question the value of using readmissions as a quality marker.

“This is further evidence calling into question whether we really should be using heart failure readmissions as a metric by which to financially penalize hospitals,” senior study author Deepak L. Bhatt, MD, MPH (Brigham and Women’s Hospital, Boston, MA), told TCTMD. “[Financial penalties] can create a perverse incentive in terms of potentially incentivizing health care systems to keep patients out of the hospital where really it might be better to readmit them.”

The reality is that every hospital I've ever visited cares about these rankings and spends time and devotes energy to them. Deepak Bhatt

For the study, which was published online today in JAMA Cardiology, Bhatt along with David E. Wang, MD, and Rishi K. Wadhera, MD, MPP, MPhil (Brigham and Women’s Hospital), initially sought to determine the true value of the much-coveted rankings that the US News & World Report publishes every year for a variety of specialties.

“The reality is that every hospital I've ever visited cares about these rankings and spends time and devotes energy to them,” Bhatt explained. “Most pretend that they don't care, but the truth is they do, and really here we wanted to see [if] these rankings actually reflect anything important.”

Analyzing Centers for Medicare & Medicaid Services (CMS) data from 3,552 US hospitals between 2017 and 2018, the researchers found lower 30-day mortality rates for patients after acute MI, heart failure, and CABG among hospitals most recently ranked in the top 50 nationwide compared with those that were not. Readmission rates were similar among hospitals following acute MI and CABG, but higher for heart failure patients treated at top-ranked hospitals.

Notably, patient satisfaction as measured by the five-point Hospital Consumer Assessment of Healthcare Providers and Systems star rating was higher at top-ranked hospitals than at nonranked ones (3.9 vs 3.3; P = 0.001).

Also, when only the top 50 hospitals were included, 30-day mortality was lower for those ranked 1-10 versus 41-50 following acute MI and heart failure; patient satisfaction was also greater. There were no differences in readmission rates among the top 50 hospitals.

Bhatt said this study proves to him that the US News & World Report rankings have real value. “I think that is a useful message for patients who are already using them anyway,” he said. “It's a useful message to hospitals too. This isn't just some fluff honor. It does seem to have substance and be associated with outcomes that are important to patients, but that are also important to the healthcare system, the healthcare economics, [and] to patient satisfaction.”

However, this study also “raises a red flag that maybe that program [of] creating financial penalties for heart-failure readmissions is to some extent backfiring,” Bhatt added. “At least at a very minimum, this means we should pause and see if this program is really doing what it's supposed to do. Maybe we ought to just stop the financial penalty part and just take a deeper look and really do some good research [to] figure out whether it's helping or hurting before reimplementing those sorts of financial penalties.”

Commenting on the study for TCTMD, Gregory Dehmer, MD (Virginia Tech Carilion School of Medicine, Roanoke), said he agrees with the authors regarding their concern over using readmissions as a quality measure, noting that typically these metrics include patients readmitted for any cause, whether cardiac in nature or not.

“If you [had] a heart attack, you got your stent, you're taking your [dual antiplatelet therapy (DAPT)], and [then] you're in a car accident and you have to get admitted to make sure that you're not having a cerebral hemorrhage because you're now on DAPT, well, I'm sorry but that's not the hospital's fault but you still get penalized for it,” he said. “I can understand the dilemma for CMS. Readmissions are a problem and it's very costly, and they really don't have a good way, or don't have the desire, to stratify it out by cardiac-related readmission versus noncardiac-related readmission. That would take a lot of programming on their part to figure all that out, so they just approach it with a kind of a broad-brush approach in that [for] any readmission, you're paying a penalty.”

The study findings, Dehmer continued, infer that using “readmissions for any type of performance measure I think is problematic and inherently unfair to some hospitals.”

A better system would replace the readmission metric with process measures like use of guideline-directed medical therapy, he suggested. “That should count for something, but CMS doesn't really account for that.”

Bhatt also said he would do away with financial penalties tied to readmissions and instead provide hospitals with a wide range of feedback comparing them with neighboring institutions to see where they could improve.

“If you take away the financial penalty but are still measuring things like mortality and readmissions, well of course hospitals when they are provided feedback and see how their peers are doing will strive to improve,” he said. “But when there's that financial penalty, it potentially creates that very bad situation where a healthcare system has a patient maybe that's on the fence—should they be readmitted for their heart failure or not—where because of the financial penalty they may try to push to not readmit such patients. Some proportion of those patients may do just fine. Some might die. So that's the real conundrum.”

Another problem with readmission rates, according to Dehmer, is that they “may or may not take into account socioeconomic status. One of the biggest determinants of outcome and things like readmission is your zip code, because a lot of it depends on access to medical care.”

Future research should focus on creating a better system to improve quality than what is currently in place, Bhatt observed. “I'm all for reducing readmissions if it also is associated with lower morality. That sounds like a good proposition,” he said. “I'm just not comfortable with policies that might be associated with mortality excess.”

FARGO: FFR No Help for CABG in Patients With Multivessel Disease

Location Matters: Getting Acute MI Care at a High-Quality Hospital Has Lasting Benefits