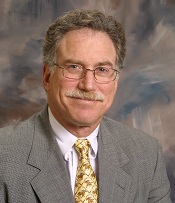 Morton Kern, MD, of VA Long Beach Healthcare System and University of California, Irvine, often engages his colleagues via email in brief, informal dialogue on clinically relevant topics in interventional cardiology. With permission from the participants, TCTMD presents their conversations for the benefit of the interventional cardiology community. Your feedback is welcome—feel free to comment at the bottom of the page.

Have a 73-year-old who is s/p MVR, AVR with tissue valves a few years ago with tricuspid valve annuloplasty. He had a couple of plugs placed recently for paravalvular MV leak. That's the background.

He has a history of paroxysmal atrial fibrillation in past but none for quite some time, confirmed on pacer check, etc. On warfarin all this time. He wants off warfarin as INRs have been quite fluctuating and asking about a NOAC or nil. What say you? I’d appreciate any and all input.

Valvular-related atrial fibrillation is treated with warfarin according to guidelines and instructions for use (IFU) materials. NOACs probably could do the job, but the data seem to be less strong. If warfarin can't be used your choices are limited. I believe you could justify NOACs.

For mechanical valves, warfarin is indicated and NOACs are contraindicated. For tissue valves, warfarin is considered reasonable for 3-6 months in patients at low risk of bleeding and is not currently recommended for routine use after this time. Given that this patient’s valves were implanted years earlier, a NOAC should be fine and is preferable for treatment of atrial fibrillation, especially given the fluctuating INR levels on warfarin.

That’s my view too, even if you take the anticoagulation out to 6 months. Problem is that as far as I can tell, “nonvalvular” atrial fib has never been defined clearly.

Watchman indeed, if she has an open atrial appendage to occlude after the valve surgeries....

Gregg, I agree, it should be fine. But many times when I’ve tried to prescribe a NOAC for patients with tissue valves, the insurance company denies it on the basis of IFU and American College of Cardiology (ACC)/American Heart Association (AHA) guidelines. I fight it with appeals, but I rarely win. Now even pharmacists chime in and call my office refusing to fill an Rx in these patients. It’s frustrating.

The ACC/AHA (and European Society of Cardiology [ESC]) guidelines clearly only require VKA for 3 to 6 months after tissue valves. After this anticoagulation is not needed, so NOACs become an indication purely for A-fib.

Thanks, Gregg, I agree with your statement and have always thought the same way.

I have a patient who was anticoagulated with a DOAC for atrial fibrillation. She had a TAVR with the Direct Flow device (out of business now) about 2 years ago. She has recently had an embolic stroke. They were able to perform embolectomy, and the patient is fine. The interventional radiologist implied that DOACs were only indicated for nonvalvular atrial fibrillation. I don’t know the GALILEO results yet.*

Do you apply the same concept to patients who had TAVR in the past and need anticoagulation for A-fib?

For TAVR, 3 months of anticoagulation with warfarin is presently a class IIb recommendation in the ACC/AHA guidelines, but as you know the optimal duration of anticoagulation after all bioprosthetic valves (especially transcatheter) is under active investigation with the findings of frequent hypoattenuating leaflet thickening (HALT) with or without hypoattenuation affecting motion (HAM) after TAVR.

The issue isn’t the tissue valves, it’s the term “nonvalvular” atrial fibrillation in the NOAC labelling. The individual trials interpreted this slightly differently, but generally patients with significant mitral valve disease were excluded. Whether a patient like this one (with triple-valve disease) would qualify as “nonvalvular AF” is difficult to know.

There is a good set of papers on this subject in JACC, from 2017, by the TIMI group looking at the NOAC trials. About 1,000 patients in the four seminal NOAC trials had prior valve surgery other than mechanical valves. There aren’t a huge number of patients within nonmechanical valves, but it appears NOACs should be fine in patients with non-MARM AF (mechanical and rheumatic mitral valve disease)

Thanks, Matt, for including me.

I would feel comfortable with a NOAC and would note that in the latest relevant EHRA Practical Guide (Steffel J, Verhamme P, Potpara TS, et al. The 2018 European Heart Rhythm Association Practical Guide on the use of non-vitamin K antagonist oral anticoagulants in patients with atrial fibrillation. Eur Heart J. 2018;39:1330-1393.), this is addressed head-on and stated OK to use.

The term "nonvalvular" is confusing and on the way out (you won't see it in the European literature much anymore, and I hope we follow suit soon as well). It is a legacy of the warfarin era when the original six warfarin-placebo trials in AF from 1989 to 1993 excluded patients with MARM (mechanical valves or rheumatic mitral stenosis [MS]), as it was considered unethical to randomize patients with AF plus mechanical valve or AF plus MS to placebo. Then, in the NOAC versus warfarin trials, the Food and Drug Administration pretty much forced us to use this term and same exclusions (for consistency in the noninferiority design based on the benefit of warfarin over placebo), even though you will find across the four major trials that the exclusions vary with regard to what types of patients with valvular disease were permitted/excluded.

Unfortunately the US atrial fibrillation guidelines are overdue (last updated in 2014) and the 2017 valvular guidelines were published nearly simultaneously with three important papers from our group on this topic. I spoke to Rick Nishimura about this, but he said the committee had wrapped up the work after he was aware of these data (even though they had been presented in 2016).

In one, we described in detail our experience with 2,824 patients valvular heart disease of all varieties, except for mechanic valves and moderate-severe MS, in ENGAGE AF-TIMI 48—these patients did fine with edoxaban (De Caterina R, Renda G, Carnicelli AP, et al Valvular heart disease patients on ddoxaban or warfarin in the ENGAGE AF-TIMI 48 trial. J Am Coll Cardiol. 2017;69:1372-1382.). In the same issue of JACC, Renda et al published a meta-analysis of all the patients with valvular heart disease (n = 13,585) from the four NOAC trials—the results looked consistently favorable across the four trials (Renda G, Ricci F, Giugliano RP, De Caterina R. Non–vitamin K antagonist oral anticoagulants in patients with atrial fibrillation and valvular heart disease. J Am Coll Cardiol. 2017;69:1363-1371). Then one of our fellows described results in 191 patients with bioprosthetic valves in ENGAGE AF-TIMI 48 (Carnicelli AP, De Caterina R, Halperin JL, et al. Edoxaban for the prevention of thromboembolism in patients with atrial fibrillation and bioprosthetic valves. Circulation. 2017;135:1273-1275.), and the results look even better with NOAC than with warfarin. A smaller cohort of 82 patients from ARISTOTLE also showed no red flags with apixaban in patients with biologic valves, but obviously we need much larger studies with bioprosthetic valves to be definitive (ongoing).

I'm sympathetic with Peter Ver Lee's experience about insurance/pharmacy pushback (I actually had a VA pharmacist say that a patient with mild mitral regurgitation had "valvular heart disease" and [couldn’t get permission from the pharmacy for a NOAC], but I have been able to successfully pushback by sending them relevant papers (or now we have the EHRA 2018 document).

So I would switch this patient to a NOAC—I'm not sure there is any difference between the four [drugs] here, although if you wanted to be a purist, patients with biologic valves were only included in ENGAGE AF-TIMI 48 (edoxaban) or ARISTOTLE (apixaban).

*This email exchange occurred in September 2018, prior to the news that the GALILEO trial had been stopped early due to evidence of harm. At the time it was stopped, GALILEO, conducted at 143 sites in 15 countries, had randomized 1,644 patients after successful TAVR to a rivaroxaban-based anticoagulation strategy (rivaroxaban 10 mg once daily plus aspirin 75 to 100 mg once-daily for 90 days followed by rivaroxaban alone) or an antiplatelet strategy (clopidogrel 75 mg plus aspirin 75 to 100 mg once daily for 90 days followed by aspirin alone). Patients with atrial fibrillation were excluded. Full results of the trial are expected in early 2019.

Conversations in Cardiology: For Fellows, How Much Structural Heart Disease Training Is Enough?

Conversations in Cardiology: In the United States, Should TAVR Be Offered to a Low-Risk Patient?