The link between A-fib and asthma might be the result of increased inflammation or changes in autonomic nervous system function. 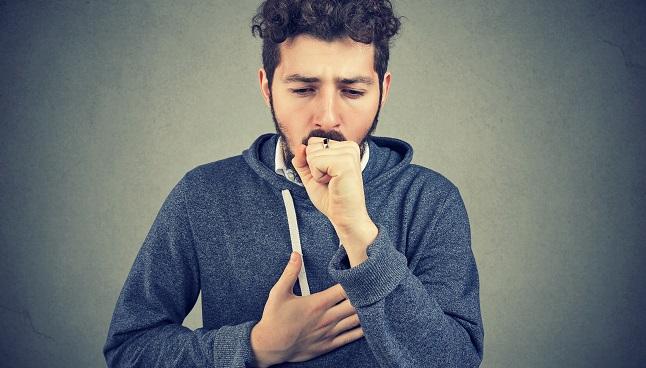 Individuals with asthma, particularly asthma that is not well controlled, are at a significantly increased risk of developing atrial fibrillation later in life, according to results of a new study.

In an analysis of participants enrolled in the Nord-Trøndelag Health Study (HUNT) who were free from atrial fibrillation at baseline, those with physician-diagnosed asthma had a relative 38% increased risk of developing the arrhythmia over a mean follow-up period of 15 years compared with those without asthma. There also appeared to be a dose-response relationship, say investigators, where individuals with uncontrolled asthma had a relative 74% increased risk of atrial fibrillation during long-term follow-up.

To TCTMD, lead investigator Aivaras Cepelis, MSci (Norwegian University of Science and Technology, Trondheim, Norway), said there is just one previous study showing an association between asthma and atrial fibrillation, but that none have investigated how asthma severity could influence the relationship. “This study is the first study looking at the degree of asthma control and atrial fibrillation,” he said.

Short-acting and long-acting β2-agonists for the treatment of asthma have also been shown to increase heart rate and increase the risk of arrhythmias, he said.

Published online July 11, 2018, ahead of print in JAMA Cardiology, the new study is an observational analysis of participants enrolled in HUNT, the largest Norwegian population health study. In the present report, the researchers included 54,567 adults who were free from atrial fibrillation at baseline. During follow-up, a diagnosis of atrial fibrillation was confirmed by linking the HUNT data with hospital records from the two hospitals in Nord-Trøndelag County.

Cepelis said dysfunction of the autonomic nervous system might also be another potential mechanism—in addition to systemic inflammation—linking asthma and atrial fibrillation. Although the present study was not designed to address underlying mechanisms, the researchers note that dysfunction of the autonomic nervous system may be involved in the airway hyperresponsiveness of patients with asthma and might also lead to changes in atrial electrophysiology and cause the arrhythmia.

“There’s quite a few potential mechanisms, but we’re not sure what’s causing the association we found,” said Cepelis. He said it’s likely a complex interplay between asthma symptoms—even symptoms affecting sleep quality and daytime activities—as well as medication use and physical changes that increase the risk of atrial fibrillation. “It doesn’t have to be just one single thing,” he said.

‘Wear and Tear’ on the Heart

Wilber Su, MD (Banner Heart Institute, Phoenix, AZ), who was not involved in the study, said they often observe the coexistence of asthma and atrial fibrillation in their patients.

“Atrial fibrillation can be thought of as a ‘wear and tear’ process, and increased pressure from lung disease, such as asthma, and the use of heart-stimulating medication, such as commonly used albuterol, can serve as stimulants to trigger the initiation of atrial fibrillation,” he told TCTMD in an email. “The association of adrenaline tone during an asthma attack can also be associated with heart arrhythmias.”

Like others, Piccini said bronchodilators used for the treatment of asthma are considered triggers for arrhythmias and this may also help explain some of the association.

Cepelis said further studies, particularly mechanistic studies, are needed to confirm the results and identify potential causal pathways. “At this point, physicians should be aware there might be a link, but more research is still needed in this area,” he said.

Global Burden of HIV-Related CVD Has Tripled Over Two Decades

Think Like a Patient: Rationale and Resources for Shared Decision-Making in Cardiology

Inflammatory Bowel Disease May Up the Risk of MI, Especially in Young People