Bariatric Surgery Linked to Survival Advantage After MI and CVA

The observational data hint that a broad improvement in metabolism following surgery may explain the findings. 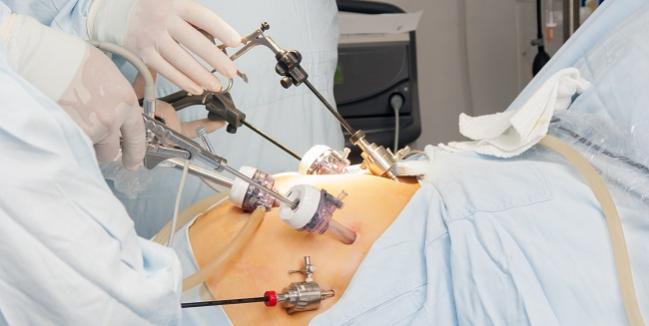 Bariatric surgery for the treatment of obesity appears to confer a significant protective effect if patients later experience acute ischemic cardiovascular and cerebrovascular events, according to the results of a new observational study.

In a large nationwide sample, a history of bariatric surgery was associated with nearly a 40% lower risk of death after MI and cerebrovascular accident (CVA) when compared with nonsurgical patients, and this mortality benefit was still seen when individuals were matched by body mass index (BMI).

“This is a new way of thinking about things,” said senior investigator Christopher Daigle, MD (Cleveland Clinic Akron General, OH). “There are a lot of studies showing there is a clear survival benefit in people with obesity after having bariatric surgery. It’s not to say people who suffer from obesity who have bariatric surgery aren’t going to have a heart attack, it’s a question of: if there is a protective effect if that does happen? And interestingly enough, we really did show that effect in this study.”

Several reviews and meta-analyses have shown that bariatric surgery is associated with a reduced risk of cardiovascular disease and mortality among obese patients. To TCTMD, Daigle noted that bariatric surgery has also been shown to be an effective and durable treatment for type 2 diabetes but said the mechanisms underlying these metabolic improvements are far from understood. Similarly, investigators don’t really understand how previous bariatric surgery confers a survival benefit following MI and stroke.

“There are clear weight-independent mechanisms happening with us rewiring the intestine or removing part of the stomach,” said Daigle. “When you extrapolate that to look at survival and the protective benefits, we don’t even fully understand the model about how it’s happening in the acute phase, let alone in the long term. We’re not there, but this study, and others like it, show the effect. The question is why is this happening.”

Advantage to Bariatric Surgery, Even When Matched by BMI

The new population-based, retrospective cohort study, which was published May 3, 2019, in Diabetes, Obesity, and Metabolism, includes patients in the Nationwide Inpatient Sample (NIS), a large US database sponsored by the Agency for Healthcare Research and Quality (AHRQ). Over a recent 8-year period, there were 995,577 hospitalizations for MI and 917,610 for CVA. Of these, 2,218 patients with MI and 2,168 with CVA had prior bariatric surgery, and these patients were matched to a control group with morbid obesity based on demographic data, socioeconomic status, hospital characteristics, comorbidities, and therapeutic management, such as revascularization.

In the propensity-matched analysis, all-cause mortality following MI was 1.85% in patients who previously had bariatric surgery compared with 3.03% in morbidly obese individuals who did not undergo surgery (P = 0.004). All-cause mortality following CVA was 1.43% in patients with a history of bariatric surgery compared with 2.74% among morbidly obese subjects who did not undergo the metabolic weight-loss procedure (P = 0.001).

The researchers performed a second analysis to match patients by BMI and observed nearly identical results. All-cause mortality following MI was 2.0% in those with a history of bariatric surgery and 3.26% among those without previous surgery (P = 0.008). Following CVA, the rate of all-cause mortality was 1.54% and 2.59% in those with and without prior bariatric surgery, respectively (P = 0.015).

Soto pointed out that the American Society for Bariatric Surgery changed their name a little more than a decade ago to highlight the effect of surgery on metabolic disorders (it is now known as American Society for Metabolic and Bariatric Surgery). There is chronic inflammation among obese and morbidly obese patients that is dampened down following bariatric surgery, and this might partially explain the survival benefit, he suggested. Bariatric surgery also positively affects lipid levels, such as by raising HDL cholesterol and lowering triglycerides levels.

Weight is part of the discussion, but it’s really just a piece of the puzzle. Christopher Daigle

“We used to call it weight-loss surgery, but we’re trying to come back from that concept because we know it’s not just about the piping we do as a surgeon, but all the metabolic changes we provoke with the disconnection and reconnection, especially with gastric bypass surgery,” said Soto, a spokesperson for The Obesity Society. “We also have a metabolic impact when we do a sleeve gastrectomy and duodenal switches. Bottom line, it’s not only about the weight loss.”

Like Soto, Daigle said the researchers can only speculate on why they saw a survival advantage among the surgical patients. “In general, we see big metabolic improvements in many, many organ systems after bariatric surgery, and I’m sure [a reduction] in organ dysfunction is imparting some of that benefit,” said Daigle.

Daigle also stressed that bariatric surgery is not a cosmetic procedure but rather a surgical approach to treating metabolic disease. As a specialty, they work closely with endocrinologists, cardiologists, internal medicine, and bariatric medicine specialists with the aim of getting patients healthier and to increase their life span. “Weight is part of the discussion, but it’s really just a piece of the puzzle,” said Daigle.

Grapefruit Juice Prolongs QT Interval, but How Much Does It Matter?

ERADICATE-AF: Could Add-on Renal Denervation Give A-fib Ablation a Boost?